The 2018 property market cooling measures have helped temper the pace of price increase and land sales activities, said the Financial Stability Review (FST). The FST, an annual publication of the Monetary Authority of Singapore (MAS) added that although the 2018 property market cooling measures have contributed to the fall in total transaction volumes, continued vigilance is necessary amid rising interest rates and the upcoming supply of new units in the medium term. In July 2018, the government raised the Additional Buyer’s Stamp Duty (ABSD) rates and tightened the Loan-To-Value (LTV) limits on residential property mortgages, to moderate the property market cycle.128 The adjustments were made amid a strong uptick in both prices and transaction volumes over the past year, propelled by higher domestic economic growth, still-low interest rates, and positive market sentiments alongside aggressive land bids from developers.

The 2018 property market cooling measures were introduced after the Government felt that such sharp increases in prices, if left unchecked, could have run ahead of economic fundamentals and raised the risk of a destabilising correction later – especially with rising interest rates and the strong pipeline of housing supply.

FTS said: “Large, unmoderated property price swings would compromise on asset price and financial stability in the economy and be harmful to many, especially home owners. There are early signs that this suite of cooling measures has helped to temper the upswing in the property market, with a slowdown in the increase in private housing prices, reduction in total private housing transaction volume, and more cautious land sales activity in Q3 2018.”

It added: “Prices have increased sharply since Q3 2017, but have moderated in the latest quarter. Overall private residential property prices increased a cumulative 9.1% in the four quarters since Q3 2017 (Chart J1), reversing the gradual cumulative decline of 11.6% over the preceding 15 quarters.”

The 2018 property market cooling measures ensured property prices increased by 0.5% in Q3 2018 – significantly lower than the 3.4% increase in the previous quarter. It also contributed towards some developers reducing prices at selected projects.

FTS noted that buying sentiment also appears to have dampened. Prior to 2018 property market cooling measures, the take-up rate at new project launches and resale activity had been strong, alongside supportive macroeconomic conditions and still-low interest rates.

“Total transactions from Q3 2017 to Q2 2018 were 13% higher than that recorded over the same period in the previous year. New sales recorded strong increases, with several project launches seeing robust sales despite being priced higher than neighbouring projects. In the secondary sales market, transaction volume reached an eight-year high of 5,000 units in Q2 2018, in part due to the reentry of some en-bloc property owners into the market to purchase replacement units. Sub-sale transactions, a proxy for speculative activity, remained low.

Following the measures, total transaction volume moderated to around 6,000 units in Q3 2018, 26% and 28% lower compared to Q2 2018 and Q3 2017 respectively. The decline was mainly attributable to a slowdown in the resale market.”

“Rentals rose for the third consecutive quarter in Q3 2018, after four straight years of decline, amid the declining vacancies. Nonetheless, rentals were 11.9% lower compared to the peak in Q3 2013.”

The report warned that if interest rates rise and rentals stay weak for the forseeable future, some borrowers, especially those that have transacted close to the peak in 2013, could face difficulties meeting mortgage repayments on their investment properties.

The report said that the 2018 property market cooling measures have also contributed to the land sales activity moderation.

“Collective sales activity ramped up through 2017 to H1 2018, as developers sought to replenish their land banks. More than 70 residential projects were sold through en-bloc transactions in the 19-month period till July 2018, compared to only seven deals in total between 2015 and 2016.

Developers have also been bidding aggressively for Government Land Sales (GLS) sites. As at Q3 2018, around 14,200 new units of private housing from sold en-bloc sites and GLS projects will be progressively added to the supply inventory when developers obtain planning approval for the new projects.”

Since the 2018 property market cooling measures, developers have been more cautious with their bids for GLS sites. transactional land sales activity has moderated over the past few months. En-bloc activity has also slowed significantly. Of the enbloc tenders that closed after the introduction of the latest round of cooling measures, only a few projects were successfully sold, said FTS.

FTS pointed out that although housing loans have risen, asset quality remains strong. Outstanding housing loans accounted for about 16.0% of total non-bank loans in September 2018, and has increased by 3.3% YoY in September 2018. With the increased transaction activity in the earlier part of this year, new housing loans had risen to an average of S$3.8 billion per month in the first seven months of 2018, up from S$3.4 billion over the same period last year.

“While it has moderated in recent months, new housing loan trends bear close watching. The asset quality of housing loans nevertheless remains strong. The share of loans that are more than 30 days in arrears was 1.0% and the NPL ratio was 0.4% in Q3 2018, unchanged from a year ago (Chart J9).”

FTS said that MAS’ stress test results indicate that the banking system would be resilient to a sharp drop in property prices of up to 50% over a three-year period. 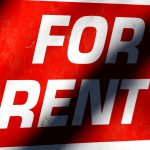