Bank Loans in Singapore – How it works?

Do you know what happens when you place a deposit at a bank?

Do you know that the banks only keep a small fraction of the money you deposit as reserves (in case you withdraw) and lends out the rest.

If you want to withdraw the money, do you know if the money is still there?

When a bank receives deposits, MAS requires Singapore banks to keep 5% of the deposit with MAS current account, under the “Minimum Cash Balance”.

What is Minimum Cash Balance used for?

For this, MAS mandates the banks operating in Singapore to keep a Minimum Cash Balance (MCB) also known interchangeably as Reserve Ratio or Reserve Requirement or fractional reserve lending.

A deposit received by the bank is a liability to the bank. The bank is liable to pay it back upon demand by the depositor.

Of course banks can also lend out their own equity, but they would not be able to generate an “outsize” return if they only use their own money.

Loan Agreements are the Bank’s Assets

In this case, the Bank found an opportunity to lend out $95,000 to Jordan.

In exchange for the money, Jordan signs a loan contract promising to repay the loan to the bank. The bank keeps this loan contract signed by Jordan.

This loan contract becomes the bank’s Assets. What happens is that the bank paid Jordan $95,000 in exchange for Jordan to sign a contract agreeing to repay the $95,000 in principle plus interest. So the bank is sitting on an asset that generates a return. But if Jordan runs away and stop paying the bank, there may be total loss of $95,000 to the bank.

The safest form of lending is secured lending, backed by an asset, such as a house for mortgage home loans. The most dangerous is unsecured lending to companies, commonly known as SME loans or loans to individuals. MAS has assigned risk weighting to each category of loans in quantifying the asset risks under the Capital Adequacy Ratio framework.

Can depositors withdraw their deposits and get back their money?

In this case, there is only 1 depositor Gabriel. If Gabriel decides to withdraw his $100,000, then the bank will be faced with a major issue as it has only kept $5,000 as stand-by for any possible withdrawals, while it has lent out the $95,000.

This would be an equivalent of a bank-run whereby the bank does not have the funds to pay it’s liabilities (from Depositors) and will have to fund it from its equity base, sought out short term borrowings from the interbank (Sibor) market or as a last resort, ask the central bank (MAS) for help or declare bankrupt.

In reality, the deposits go into the hundreds of millions and billions.

In reality, there are many depositors, not just Gabriel. They are mainly: –

Many of these people have deposits as well as withdrawals. If the net is positive (Inflow), this means that they are increasing deposits. And sometimes they are negative, indicating withdrawals (Outflow).

If the banking system were a closed loop, then one bank’s deposits would be another’s bank’s withdrawal. The resultant flow should theoretically be zero.

However there will always be banks that are experiencing outflows (withdrawals) while others are experiencing inflows (deposits). Banks with excess deposits tends to avail these funds to the interbank market, also known as Sibor and SOR to reduce their holding costs.

Hence, the net-off effect of banks experiencing outflows could be in the +/- 2 to 3% range on an aggregated basis after settlement via MEPS+ Real Time Gross Settlement system.

In other words, there are people withdrawing and depositing money. On a net basis, if MAS set the Minimum Cash Balance at 5%, that means that even for banks facing withdrawals, for every $100,000 dollars, there are only perhaps a net $2,000 to $3,000 withdrawal. Hence by making the banks keep $5,000, there is more than sufficient balance to fund any outflow (withdrawal of deposits) of funds.

Also if Jordan withdraws the money and then buys something with a vendor that also holds an account within the same bank, in the eyes of he bank, there is no net withdrawal, as a withdrawal of $95,000 from Jordan is met with a deposit of $95,000 into the vendor’s account.

What happens if Depositors withdraw en-mass?

If 10% of the total depositor base suddenly withdraw funds within a same period. There is 5% kept by MAS as Minimum Cash Balance (MCB), the bank will be still be short of 5%.

If the bank has $1 billion in deposits, $950 million is all lent out and not recallable within a short time. A 10% withdrawal of $1 billion will mean $100 million. A 5% MCB lessen the impact of the withdrawal by $50 million, however the bank will still need to find $50 million to meet its obligation to repay its depositors.

This is equivalent to a mini bank-run whereby depositors want their money back.

During this crisis, the bank may need to fund the withdrawals from their equity base, borrow from the interbank market (which will be hard, if the other banks sensed that this bank is in trouble) or starts to recall their loans from borrowers, sell assets or as a last resort, ask for help from Monetary Authority of Singapore (MAS).

Are Depositors protected in any other way?

What is the role of Capital Adequacy Ratio (CAR)

In order to make sure that banks lend prudently, all of the bank’s lending will be subjected to a Capital adequacy ratio based on the Basel III accord, while MAS adopts an even more stringent standard for Banks operating in Singapore.

Let’s say a bank lends out $500 million for 500 houses worth $625 million. These mortgage loans are for a very deserted “ULU” development. These borrowers are investors who buy to rent the houses out.

If MAS sets a Capital Adequacy Ratio of 10%, that means that the bank will need to have $50 million in capital to cushion any losses for a loan of $500 million, in case of loan defaults and assets being devalued. The bank cannot lend out more money unless it can raise additional capital.

Scenario of Default of 50 borrowers

For example, 50 of these borrowers stops paying the mortgage repayment and the outstanding loan is $1m each. Then the bank seizes the properties and tries to sell them in the market at $1.25 million each (its original price) to recover the loan. When they do that, they realise that the value of each house is only $500,000. This means that after selling all 50 houses at $500,000 each, the bank is only able to recover $25 million, taking an out-right loss of $25 million on these loans.

With a Capital of $50 million, the bank is able to absorb the $25 million losses without going bankrupt. Instead it can withstand the default of another 50 houses before all its equity gets wiped out.

What is Liquidity Coverage Ratio?

This is to ensure that the entire bank is able to cover all its short-term obligations and net cash outflows.

In Singapore, a bank must be well capitalised as defined under Basel III and stricter. This allows banks operating in Singapore to withstand assets going bad and where the loan is irrecoverable to still continue to be in business.

Assets of the banks are mainly “Loan contracts” or “Mortgage Contracts” signed with the borrowers in exchange of money to the borrower. In return the borrower promises to repay the principle + Interest.

For example, an unsecured business loan to an SME holds little value when the SME defaults as the bank may lose all their money. A secured mortgage home loan to individuals however is much less risky as the loan is usually less than the value of the house. Hence the bank has a high chance of recovering their loan upon a mortgagee sale of the house.

Liquidity coverage ratio is for ensuring that the banks have the liquid assets to cover their cash outflows, typically over a 30-day period. This ensures that the bank can stay solvent. 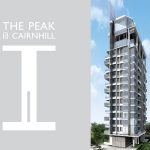 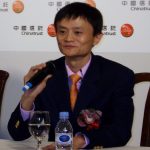