Knight Frank Singapore announced on 29 September of the launch of a childcare centre located at 331 Yio Chu Kang Road for sale by Expression of Interest (EOI). Knight Frank is the exclusive marketing agent of the property.

The property is a 999-year leasehold, 3-storey building with basement, currently operating as a childcare centre.

The childcare centre is located from across the Sengkang area which is probably the youngest residential estate in Singapore, with approximately 66,600 households where 60% of residents are below the age of 45.

The childcare centre property is available for sale with vacant possession and the purchaser has the option of continuing operations as a childcare centre. The property was also previously approved for use as a commercial school, students’ hostel and nursing home.

Mr Ian Loh, Head of Capital Markets for Land & Building, Collective & Strata Sales, Knight Frank Singapore, shares, “Childcare centres are an essential service, providing crucial educational stimulation and care that is particularly of help to the young adult working community. With its close proximity to a young estate like Sengkang, we expect very strong interest for this opportunity.”

Ms Sharon Lee, Head of Auction & Sales, Knight Frank Singapore, adds, “Existing, standalone sites as childcare centres are rarely available for sale. Potential purchasers who are keen to join or continue this line of business can save the hassle of having to go through a tedious application process, as the property is in a readily operational state as a childcare centre.”

Sengkang’s two main rivers, Sungei Punggol and Sungei Serangoon, run through the town with a network of green connectors along their banks. They link housing precincts to neighbourhood parks such as Sengkang Riverside Park, as well as the Sengkang Swimming Complex, Sengkang Hockey Stadium and Anchorvale Community Centre. These park connectors are linked to the Coney Island Park in Punggol New Town and the existing Punggol Park in the south, to better serve the recreational needs of the residents of Sengkang. Sengkang Sculpture Park, located in Compassvale, is an elongated green space created below the LRT viaducts.

Sengkang’s major public transport amenities were built in tandem with the main public housing development. The main heavy rail tunnels through Sengkang and the elevated track infrastructure of the intra-town Sengkang LRT were developed as the existing public housing blocks were being built in the late 1990s. The amenities were built in a contiguous building complex, which gives commuters direct access between Sengkang MRT/LRT station, Sengkang Bus Interchange, Compass Heights condominium and Compass One shopping centre. A Compassvale bus Interchange was later built beside Sengkang Bus Interchange, and came into operations on 12 March.

Sengkang Town is linked to the Central Area via the North East MRT Line (NEL) at Sengkang MRT/LRT station, located at the Town Centre. The NEL is a fully automated heavy rail mass rapid transit line which started operations on 20 June 2003. It is operated by SBS Transit.

There are two Mass Rapid Transit (MRT) stations that serve Sengkang Planning Area, which are Buangkok and Sengkang.

Sengkang is connected to many parts of Singapore through its road network. The Tampines Expressway (TPE) links Sengkang Town up with Singapore’s expressway network. The Kallang-Paya Lebar Expressway, which provides a direct route to the city area via TPE, was completed in late 2008. New roads were built in the early 2000s to ease traffic congestion on Punggol Road. Buangkok Green and Buangkok Drive were completed in the second half of 1999. They shorten the drive from the Central Expressway near Ang Mo Kio Avenue 5 to Punggol Road. The first part of a S$23 million project to make Sengkang town less congested was opened on 7 April 2001. 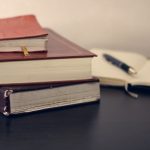