Savills Singapore on 16 July announced that an entire freehold ground floor commercial podium at TEDGE – a freehold mixed-use development located within the heart of District 15 – is up for sale via Expression of Interest (EOI).

Commanding approximately 90 metres of prominent dual road frontage onto Changi Road and Telok Kurau Road, TEDGE is strategically located in an established and affluent residential enclave with ready catchment. The commercial units is located at the first level of the development, while the forty-two residential units is spread across levels two to five, with the penthouses located at the attic level.

The freehold ground floor commercial podium at TEDGE represents a significant stake of approximately 16.06 per cent Share Value in the development and there is generous car parking provision of seven lots at basement level one allocated to the users of the commercial units.

The guide price for the freehold ground floor commercial podium is in excess of $18 million, approximately $3,228 per square foot. The property is approved as ‘Commercial’ with no additional buyer’s stamp duty or seller’s stamp duty imposed.

The freehold ground floor commercial podium is slated for completion by the end of 2022.

Mr Galven Tan, Deputy Managing Director, Investment Sales and Capital Markets, Savills Singapore, said: “The Covid-19 situation has not curbed the appetite of F&B end-users and investors for commercial properties with F&B approvals as the sector is perceived as resilient. We have been receiving strong interest for such properties, especially those in the established and matured residential estates.”

Mr Tan added: “The stretch of Changi Road is an established F&B enclave, with other F&B outlets from the food courts, coffee shops and restaurants which have been there for decades.”

The EOI exercise for the freehold ground floor commercial podium will close at 3pm on Tuesday, 18 August 2020.

The charm of this area has been attributed to the presence of unimposing buildings: a mix of modest bungalows, terrace and semidetached houses as well as low-rise apartments that exist among coffeeshops and small businesses. Despite the thronging urban development in nearby Katong, the Telok Kurau area has managed to retain its charm.

Changi is a planning area located in the geographical region of Tanah Merah in the East Region of Singapore. Sharing borders with Pasir Ris and Tampines to the west, Changi Bay to the southeast, the South China Sea to the east and the Serangoon Harbour to the north. Changi, excluding the two water catchments and islands of Singapore, is the largest planning area by land size.

There are numerous amenities spread around Changi. They include shopping malls like Changi City Point and even Changi Airport, which is considered to be a shoppers’ paradise with duty-free shopping available inside the airport’s transit area. Besides those, the Changi Village hawker centre is renowned for its food options, with shophouses also found around the area for the convenience of its residents. Food and amenity centres are also found all around the industrial estates, including the airfreight centre.

Changi is served by 3 MRT stations, Changi Airport on the East West MRT line, Upper Changi on the Downtown MRT line and Expo which is an interchange station for both lines. All of the stations are located in the south or central of Changi, hence there are no MRT stations in the vicinity of Changi Village or the airfreight centre, located in the north.

Xilin MRT station is under construction as part of the Downtown line extension and would bring greater connectivity to Changi Business Park when it opens in 2024. There are however plans for the northern part of Changi as well as the upcoming Changi Airport Terminal 5 to be linked via the Cross Island MRT line and Thomson-East Coast MRT line. 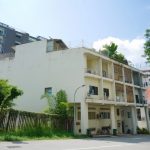 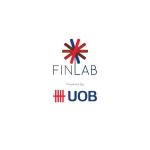