Southeast Asian and Indian cities will benefit from large influx of Millennials and Generation Z into the global workplace, supporting the growth of outsourcing

The retirement of Baby Boomers and the debut of Generation Z workers, along with other demographic shifts in global workplace, have major implications for real estate occupiers, investors and policy-makers around the world, according to a new global research report from Cushman & Wakefield.

All stakeholders need to understand the impact of these global workplace trends and how to position themselves to maximize opportunities.

Entitled “Demographic Shifts: The World in 2030”, the report analyses the seismic shifts in workforces worldwide as 693 million Baby Boomers reach retirement age and 1.3 billion members of Gen Z enter the labour force over the next 10 years. The report also looks at the different approaches to work and lifestyle taken by Baby Boomers, Millennials and Gen Z around the world, and the impact on the world’s cities over the next decade as one generation exits the workforce, and another enters.

“These demographic trends will drive the pace of growth in cities around the world,” said Dr. Dominic Brown, Head of Insight & Analysis, Asia Pacific at Cushman & Wakefield. “Cities will need to establish themselves as ‘places’ to attract the highest quality workers and in turn create the greatest real estate opportunities for occupiers and investors alike.”

In the study, Cushman & Wakefield compared global workforce growth and GDP growth of more than 137 cities worldwide to determine the high-potential cities. Cities with high growth in both categories have the best prospects for strong real estate demand, while slow growth in both categories indicates a lagging market. Cities with faster growth in GDP than in the working-age population are “high productivity” markets that may appeal to investors as they rise up the value proposition. Those with greater growth in labour than GDP are considered “low productivity” markets and therefore need to harness that attraction of talent to boost output.

“Baby Boomers continue to march, perhaps with great delight, towards retirement. And many are already there. Of the roughly 1.1 billion Baby Boomers living in the world today, ages 55-73, nearly 40% have already reached the prime retirement age of 65, with more than 36,000 turning 65 every single day across the world. By the year 2025, two-thirds of the Boomers will have hit the 65-year-old threshold, and by 2030 all of them will have reached that age. That fact alone has enormous implications for the global economy and for property markets.

The Boomers are used to being impactful. This is a generation that is so large and influential that, in 1966, Time magazine named the entire demographic cohort, “Person of the Year.” They have also made a lasting impression on many aspects of the property markets including the rise of big corner offices, suburbia, shopping malls and discount stores. Because of their sheer size and wealth, Boomers have always moved the needle. That won’t be changing anytime soon and as they shift into retirement, what they do next is sure to create massive opportunities.”

The study concluded that the world’s top-performing cities are in South East Asia and India, which bodes well for the economic growth and strength of real estate markets in these markets. Demographic windfalls will drive these outsourcing markets as they benefit from a large influx of Millennials and Generation Z into the global workplace. Currently, these cities are forecast to experience rapid expansions in population and their economies, with especially high population growth in the 25- to 55-year age range over the next decade.

“The trend is perhaps best illustrated by the working-age population in Bengaluru being forecast to grow by more than 2 million, helping to drive GDP growth of over 8% per year. These cities should be high on the radar for outsourcing. There are also further opportunities for occupiers ahead within the ASEAN bloc. Jakarta and Ho Chi Minh City are both seeing increasing activity in the industrial sector as corporations’ China+ manufacturing strategies starts to accelerate. As a result, Vietnam and Indonesia are forecast to see employment in the industrial/manufacturing industry increase at one and a half times and four times the pace of growth in total employment over the next decade respectively,” noted Dr. Brown. The report also showed that high productivity cities are located mainly in China, namely Shanghai, Beijing, Wuhan, Chengdu and Guangzhou. Shenzhen is also a high GDP city with strong growth in its working age population.

Beyond Asia Pacific, most cities in Europe and North America ranked as low productivity or lagging markets for economic and real estate growth and their trajectories need to be assessed accordingly.

“The collective effect Millennials have on the economy and property markets has already become pronounced, accounting for 1.9 billion people globally and being the largest generation in many countries including the UK, U.S., Australia, Brazil and Malaysia. Notably, for the entire decade between 2020 and 2030, Millennials will comprise the largest share of the workforce, representing more than 40% of the global working age population by 2030. Going forward, that impact is expected to become more profound.”

In an increasingly competitive world and global workplace shifts, cities will have to focus on placemaking to remain attractive to businesses and talent. Many Chinese markets are forecast to have strong economic growth despite weak demographic fundamentals, which will likely attract greater institutional investment. Demographic headwinds due to population aging in some cities will also require bold policies to counter – occupiers and investors should focus on city trajectories and weigh their portfolios accordingly. The shifts in demographics provide immense opportunities across all facets of commercial real estate. It is important to understand the impact of these changes and manage them well, so as to reap their benefits. 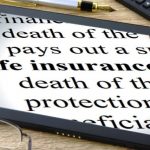 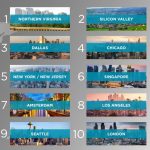