Singapore Business Review reported yesterday that home buyers ditched costly units during weekend launches and that only one out of four projects launched over the weekend (120 Grange) sold over 50 per cent of its units.

The article referred to a JP Morgan report which said that during the weekend, four residential projects were launched concurrently as developers attempted to clear part of their inventories ahead of the one-month-long school holidays and a sizeable launch pipeline by competitors  of 14,000 units over the next 6-12 months. JP Morgan said that the sales take-up was mixed, with the better-located and better-priced projects achieving more decent take-up rates.

The article noted that three out of the four projects achieved record-high pricing for their respective locations as developers continued to target a 15-20% profit before tax (PBT) margin despite getting land at a competitive price. This is similar to past launches where smaller units with lower absolute price quantum continued to sell better, which suggests to us buyer profile is dominated by investors.

Chief mortgage consultant at icompareloan.com, Paul Ho, however feels that this is not a definite trend.

“Smaller units are selling better not primarily because there are more investor buyers, there could also be a considerable amount of home buyers who are buying smaller condo units, There is no indication nor data to suggest that investors are buying the smaller units, though that can be the case,” he said.

JP Morgan suggested that  the relatively subdued take-up for Affinity At Serangoon and The Garden Residences, which are just five minutes away from each other, implied that increased options for home buyers will slow sales amid rising competition from several projects to be launched within the locality. Mr Ho however noted that The Affinity at Serangoon and The Garden Residences are not near to MRT stations.

“For the Affinity at Serangoon, their plot is rather triangular in shape, I’m not sure how much of that plays into the psyche of the property buyer. Their pricing of around $1500 per square feet is very expensive considering that there are cheaper freehold options such as the kensington park condominium that goes for much less. These properties will need to have some “superlatives” to be able to command that premium.

Also the Affinity at Serangoon encourages direct developer sale, this may also lead to a poorer response as there is no incentive for the property agents to market their new launch condominium. Property agents build dedicated websites for each new launch and then spend a lot of money on advertising these new launches, these increases the catchment of customers and lead to better sales.”

Mr Ho said that developers have been withholding launches in 2018 and that this has led to take up surpassing launches. This in turn, reduces the vacancy rate of completed units.

“I guess the developers are waiting for the market to further pick up and sentiments to rise, so as to be able to price their units at even better prices, Mr Ho noted.

“When we have a sell out condominium launch, it probably gets reported a lot more than those that did not do so well. So you are likely to get headlines that scream, “Tapestry fully sold out on launch day” than, “Affinity at Serangoon opens their showroom to zero sales”, hence the market, being the Sentiment driven market that it is, is likely to hear 10 good news and maybe 3 bad news, will start to feel that the market is picking up, regardless of whether these are correct or not. And the general feel good factor will also lead sellers to withhold selling (if they are not in a rush) or raise asking prices.

“Mass market launches are usually unable to price with the rarity factor, hence any superlatives, such as Private Lift lobby, largest lobby or things such as “park your car at your doorstep” where you have a special car lift, those kind of superlatives that adds to a condominium’s appeal is unlikely to be built in a non prestige location as the ability to price them at the high end of pricing is restricted by their location and snob appeal.”

Mr Ho said that no one knows for sure if home buyers are “investors”. Many younger couple do buy smaller units because they cannot afford the HDB due to the Mortgage Service Ratio which is stricter and allows up to 30 per cent of the gross income to be spent on the monthly repayment.

MSR was announced by the Monetary Authority of Singapore (MAS) and HDB in 2013, where buyers can only use up to 30% of their gross monthly income to repay their loans.

Such home buyers are however able to borrow more for a condominium given the same income due to the TDSR rule that allows up to 60 per cent (including other liability) of the gross income to be spent on the monthly repayment. This means that the rule favours the small private condominium or apartment.

“This creates an artificial demand for small price quantum private housing within reach of young couples and hence the ever escalating per square feet pricing,” Mr Ho said.

If you are home-hunting, our Panel of Property agents and the mortgage consultants at icompareloan.com can help you with affordability assessment and with best home loans. The services of our mortgage loan experts are free. Our analysis will give best home loan seekers better ease of mind on interest rate volatility and repayments. 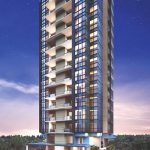 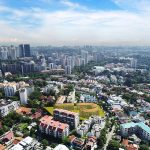