Data released by the Urban Redevelopment Authority on Friday (15 February) showed that 1,609 new private homes (excluding Executive Condos) were sold in January, up by 32.2% month-on-month (MOM) from the 1,217 units that were shifted in December 2020. On a year-on-year (YOY) basis, developers’ sales grew 159.5% from the 620 units (excl. ECs) transacted in January 2020, becoming the top January monthly sales since 2013.

She added that the low interest rate environment, coupled with improving sentiments, were the main drivers of the January 2021 private home sales surge. “Not forgetting, developments at good locations were also catalysts,” she added.

Ismail Gafoor, CEO of PropNex, said the January 2021 private home sales surge was not unexpected given that there were two project launches – one of them being the mega 1,862-unit Normanton Park and the other – The Reef At King’s Dock in the Harbourfront area.

He added: “These two launches in the RCR have attracted buyers owing to their appealing location/project attributes. Normanton Park, the only mega project (of over 1,000 units) that is launched this year, boasts spectacular views and lush greenery and offers a wide variety of unit-mix. Meanwhile, the waterfront project The Reef At King’s Dock – well-positioned to potentially benefit from the future Greater Southern Waterfront development – is near VivoCity and the HarbourFront MRT interchange station. In addition, both projects were attractively priced.”

Mr Ismail said the upswing in January 2021 private home sales is not a reflection of a surging demand.

“In comparison, to the overwhelming rush of buyers to outrun the property cooling measures in July 2018, where a total of 1,724 private new homes were transacted. What we have observed is that location, attractive product attributes, and right pricing are the key factors in driving good take-up rates. We believe most buyers are discerning and are entering the market to buy properties after they have carefully considered their options and finances.

“This can be further reinforced with the sales of Normanton Park in January, which sold 625 units – accounting for only a 33.6% take-up rate. Unlike Clavon that sold 473 units- representing a 73.9% take-up rate in December.

“In addition, according to the data retrieved from URA Realis, over 80% of the units sold collectively at Normanton Park and The Reef At King’s Dock were smaller homes with sizes below 800 sq ft. This tells us that buyers are still price and quantum sensitive. Many developers are aware of this and we expect them to price units cautiously.”

Ms Goh noted that the outlook for Singapore’s economy is expected to see a gradual recovery throughout 2021, with a growth forecast at 4% to 6%, as reported by the MTI. She suggested that with ample liquidity in the market, coupled with low interest rates, buying sentiment is expected to remain strong and to support demand for upcoming launches, barring any unforeseen circumstances.

She added that CBRE Research expects new home sales are likely to fall in the in the region of 8,000 to 9,000 units. Ms Song is more optimistic and said she expected 2021 developer sales to be around 10,000 units – similar to sales figures in 2020.

She however cautioned, “Going forward, with a brighter economic outlook in 2021, the positive momentum of the price index could still continue into 2021. However, the spectre of more cooling measures — should prices outpace economic fundamentals — is likely to temper that momentum. We expect private home prices to rise 3-5% in 2021, tracking GDP growth.” 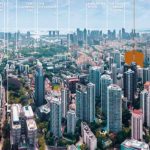