Data released by the Urban Redevelopment Authority (URA) on Wednesday (15 April) showed that 660 new private homes, excluding Executive Condominiums (EC), were sold in March, down by 32.4% from the 976 units that were shifted in February 2020. On a year-on-year basis, developers’ sales declined 37.4% from the 1,054 units (excl. ECs) transacted in March 2019.

Colliers International commenting on the March 2020 new home sales observed that transactions have tapered off sharply in March from a strong February, as the effects of the COVID-19 are starting to reverberate through the economy and hurt sentiment. The leading real estate services company said that April should see further sharp declines as the circuit breaker kicked off on 7 April and threatened to bring property purchases to a halt.

She added, “There were five new launches in March, but excluding Ola EC, the other four private launches did not do well. The 378-unit Kopar at Newton sold one unit at S$2,385 psf in March, but was reported to have sold 77 units subsequently in April. The other prime district launch — 19 Nassim sold one unit at S$3,351psf. 77 East Coast and Tedge, both in the Outside Central Region (OCR), sold one and three units respectively.”

“Including ECs, new launches made up only 20% of developers’ sales in March 2020, compared to 55% in February. Excluding ECs, this figure was even lower at 2% in March versus 40% in February. Most of the transactions in March were taken up by previously launched projects in the city fringe and suburbs priced which have lower price quantum of S$1.2-1.5 million.

Amidst economic uncertainty, buyers focused on affordability and owner-occupier  properties, We estimate 89% of the total developer sales in March 2020 were priced at the median price of S$1,000-2,000 psf, compared to 55% in February.”

After analysing the March 2020 new home sales data, Colliers predicted the outlook for the next few months as follows:

“With the circuit breaker which will last from 7 April to 4 May, developers and property agents have risen to the occasion to incorporate virtual showflats and digitalise documentation.

However, early observations revealed that while virtual showflats have seen increased interest from potential buyers, actual sales have not materialized as local buyers still prefer to see and feel the actual size, layout and finishes of the unit. Especially for big-ticket and possibly once-in-a-lifetime decisions such as a property purchase, buyers are likely to wait and see. In addition, documenting property purchases and payments during the circuit breaker period also prove challenging.

We expect an impasse in April and possibly into May for developer sales, especially if the circuit breaker is extended. We now expect developers’ sales may fall to 8,000 units for the full 2020, compared to the 9,912 units in 2019, assuming some rebound due to pent-up demand before the year-end.

The saving grace is interest rates which would likely remain lower for longer, and should be supportive of housing demand and holding power. 3M SIBOR has retreated 100bps to 0.99% as of early April from peak of 2.0% in July 2019.”

The Singapore inter-bank offered rate (Sibor) plunged in response to the Fed’s two off-cycle rate cuts in March. The Sibor plunge has caused the major banks to revise their home loan offerings by increasing spreads in their floating rate packages while lowering their fixed rates.

Mr Paul Ho, chief mortgage officer at iCompareLoan, said, “despite the March 2020 new home sales plunge, now may be a goot time for those considering refinancing. When Sibor plunge, banks increase the spread. For example when sibor was 1.5% Sibor + 0.2% was available, and when Sibor is below 1%, banks will raise the spread – it becomes Sibor + 0.35%, etc, as it is now.” The Federal Reserve cut its key interest rate to near zero, a dramatic move not seen since the depths of the 2008 financial crisis.

The one-percentage-point decrease was the U.S. central bank’s second emergency rate cut this month in an attempt to cushion the rapidly growing economic effects of the coronavirus pandemic.

The Sibor plunge is the result of the near zero Fed interest rate cut. the Fed also announced plans to buy $700 billion in government securities. 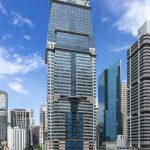