EDMUND TIE announced on 1 July that they are offering for sale of 3 and 9 Norris Road. EDMUND TIE who is the sole marketing agent for the three-storey shophouse and an adjoining 2-storey building (the former Ramakrishna Mission building) for sale via a tender exercise.

The Norris Road adjoining properties enjoy an excellent location at the fringe of the city centre.

They are conveniently located near the junction of Norris Road with the Serangoon Road thoroughfare, and within 400 metres to Jalan Besar MRT station on the Downtown Line. As a combined site, the two properties command a prominent 33-metre frontage along Norris Road, and have a total site area of 751.8 sq m (approximately 8,092 sq ft) and a total floor area of around 1,705.93 sq m (18,362 sq ft).

Under the URA Master Plan 2019, the Norris Road adjoining properties is zoned “Commercial” and its adjoining building is zoned “Civic & Community Institution” under the Little India Historic District.

Referring to 9 Norris Road, executive director of investment advisory, Mr Tan Chun Ming, said: “The former home of the Ramakrishna Mission Singapore – a branch of the Ramakrishna Order of India, a worldwide spiritual and welfare organization – boasts spectacular architecture that traces its roots to early Singapore, and represents a rare piece of heritage that is hard to come by today.

“The eclectic blend of architectural styles, ranging from Baroque-styled pediments to the Indian floral petal motifs, very much mirrors the multiracial make-up of Singapore in its early years. Conserved properties like this are rich in heritage charm and are a collector’s item for their scarcity.”

Ms Lee Joo Fee, associate director of investment advisory, added: “The addition of an adjoining shophouse to the former mission building creates larger floor plates which allow for more flexibility in terms of layout and design.

“It is also a rare opportunity to acquire two adjoining properties in the vibrant Little India district. The subject properties’ strategic city-fringe location within the arts, heritage and cultural district will attract both locals and tourists to ensure a regular stream of footfall to the area.”

Constructed in 1932, the former Ramakrishna Mission building at 9 Norris Road played an important role in shaping the cultural history of Hindus in Singapore. During World War 2 in the early 1940s, the mission building served as a first aid post which provided free medical treatment, food and shelter for war victims. Today the Mission continues its good work at its Bartley Road premises by providing a Boys’ Home, education and counseling for children and youths.

The building was subsequently bought over by the Asian Women’s Welfare Association (AWWA) in 1983 to run programmes for disabled and underprivileged Singaporeans until 1999 when the AWWA moved to new premises. This heritage development was gazetted for conservation in October 2006.

Both properties are to be sold together on an “as-is-where-is” condition with an indicative price of $16.5 million, reflecting $899 per sq ft on built up area.

The tender exercise for the Norris Road adjoining properties will close 4 August 2021 at 3pm.

Mr Paul Ho, chief officer at iCompareLoan, said: “the Norris Road adjoining properties are prominently featured in the Jalan Besar and Serangoon Road area. The buyers of the properties will benefit from the rejuvenation efforts which are happening in the Little India area. One such effort is the Farrer Park area”

Farrer Park Field has been used as a sports field since the 1930s. Other sport facilities adjoining the Field such as the Athletic Centre and Swimming Pool were built in the 1950s, and served as the training grounds for many local athletes. Over the years, as newer facilities such as the nearby Jalan Besar Stadium and Swimming Complex and the National Stadium were built, the facilities in the Farrer Park area were less frequently used as competitive sports venues. Today, they are used mainly by the public for recreational sports.

The Government has said that the Farrer Park area is close to the city and the Little India MRT interchange, making it suitable for housing. The current plan is to develop the area for housing and community facilities, including a park. The Government is mindful of the Farrer Park area’s history as a sporting ground, and will see how best to weave in elements of the heritage of the area in its future plans. They also promised to seek feedback and ideas from key stakeholders and community partners, as they develop more detailed plans.

Farrer Park is a subzone of the Rochor planning area in the Central Region of Singapore, bounded by Serangoon Road, Rangoon Road, Race Course Road, Northumberland Road, Tekka Lane and Bukit Timah Road. Farrer Park remained a favourite sporting venue for decades, with the Sports House becoming the headquarters of the National Sports Promotion Board from 1971 to 1973. Several other sports associations also occupied Sports House until 1985 when it was destroyed by a fire.

The fire was a turning point for Farrer Park as many of the sports associations which were housed there relocated to National Stadium and Jalan Besar Stadium, and Sports House was never rebuilt. Soon after, Farrer Park’s popularity as a premiere sports hub took a turn for the worse.

Several HDB flats have now been constructed in the area, and a primary school has also sprung up there. The Urban Redevelopment Authority (URA) has classified Farrer Park as a subzone of the Rochor planning area. The subzone would see the development of buildings which are predominantly for commercial or mixed use in nature.

Although the existing structures at Farrer Park lack enough architectural merits to warrant conservation, calls are being made by sports enthusiasts to preserve the site for its historic firsts. 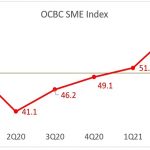 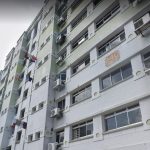