Suffice to say, the numerous property cooling regulations imposed by MND, URA, MAS, IRAS have done much to curb the speculative fever and more.

Click on this link for Chronology of property regulations to get the background. I will not elaborate on each of these policies.

We highlighted that regulations to stop latent demand is futile. In short, if there are 20,000 people needing houses and only 10,000 houses, then prices will surely go up. Brute force measures to artificially restrict 10,000 people from changing their minds to stop buying or defer buying will only momentarily solve the problem. But is the Singapore government sincere in wanting to solve these problems given the way government land sales are structured where the chief valuer lets the bid price meet an undisclosed minimum bid price before releasing land out for tender.

When prices of land run up to meet the minimum bid price the Singapore government wants, the pressure of demand outstripping supply has already built up. And given that houses need 2 to 3 years to build, during this phase, the land prices will continue to shoot up. This is also the reason why we think that Mr. Ku Swee Yong advocated that in Singapore, the strange things happen when supply is released, the prices shoot up, it’s uniquely Singapore. Why? This is because when land is released, developers are already starving of land, and will bid aggressively for the land. Developers would also know that this supply is released on the back of demand outstripping supply. Else why would developers bid high?

Here is a chart of property prices run up. Figure 1: Sequence of events of property prices run up

So, if the government really wants to cool the market or solve the issue of property prices running out of control, they would do well to solve the inherent problems in the system. Many people have already suggested the remedies for fixing wild property price swings, but I doubt anything has been adopted or will ever be adopted.

Trend for 2014 – With property regulation as the backdrop

For existing home owners who bought their houses before 29 June 2013 (before the imposition of TDSR and who are a bit stretched, income-wise, now is probably a last chance to refinance. Else you may not get another waiver anytime soon. Check out the home loan refinancing experts.

Pockets of Extra HDB supply coming back to the market

By Jan 2013, when Permanent Residents are not allowed to rent out their units anymore after expiry of current lease, this means that by Jan 2014 or Jan 2015 many of these Permanent residents will be looking to sell their HDBs if they continue to be away from Singapore. This presents a small pocket of extra supply of HDB.

Financing Anomaly – Extremely difficult with HDB and EC, but not so with Condominiums

With the imposition of MSR of 30% or less for Executive Condominium, coupled with the income ceiling of $12,000, this means that the maximum price of an Executive condominium is about $880,000 (in order for a 80% loan of $880,000). Buying an EC or HDB will be tough as many will fail the MSR criteria. A couple would still have an easier time to borrow a larger quantum for Condominiums than for HDB or an executive condominium (EC).

HDB prices will be artificially depressed due to the MSR of 30% or less, at least for the short term plus other possible artificial barriers created to slow down demand for housing. And all at the same time, the government has deliberately stopped or slowed down HDB supplies through slow release of land supplies for building HDB, citing already ample supplies.
There may be built-up pressures for HDB in a few years time when the moratorium of 3 years on new permanent residents comes due and in 2016. Currently new PR are barred from buying HDB resale for 3 years upon obtaining PR. By 2016, these new PR numbering tens of thousands would be 3 years in Singapore and eligible to buy HDB, causing more demand – supply imbalance. As HDB is the base benchmark, if HDB rises, every property class takes it’s reference from there. HDB prices may bounce back in 2016 onwards, just after election.

HDB housing is the base denominator of Singapore’s housing prices. If HDB prices rise, all property classes rises with it.

Many property buyers have selected private residential dwellings instead due to EC and HDB financing difficulties. And since they could not afford a large quantum, they ended up buying very tiny private apartments or condominium.

Private residential vacancy rate
However, if you look at the Private property vacant units, there is some 18,003 units representing 6.2%. Traditionally this is considered low. If you take a look at 2002 to 2005 property price index, the vacancy rate at which property price is more or less in equilibrium (i.e. not increasing nor dropping in prices) is about 7.5% to 8%. Hence the prices for private properties though softening, is still holding up fairly well for completed properties even while we hear evidence of prices softening ahead of the actual supply coming on-stream.

But the supply in the pipeline is a healthy 83,702 units, annual consumption is about 11 to 15 thousand, representing roughly 5 to 7 years of supply, coming on-stream in the next 1 to 5 years.

The supply in the Private residential sector is much more ample than the HDB sector.

While these 83,702 units seemed like a huge supply pipeline, these supply are phase in over several years (supply numbers changes every quarter as developers alter plans to build or launch).

Are prices really crashing for properties?

The stronger developers will have holding power and not act rashly unless triggered by unbalanced release of land supplies or the government deliberately not releasing land for sale citing “land reserve value not met”. Once the weaker developer’s stock are absorbed, we can see that prices will firm up again. HDB shortages will set the baseline prices and all the other classes of properties will have upward pricing pressures. (It’s basically a scarcity game). Other things to note are, the Core Central Region (CCR) has become very attractively priced relative to outside of central region (OCR). This is an anomaly which is not justified. There is currently no change so material that makes Punggol/sengkang more attractive than say Orchard road.

Historically prime regions in core central regions always command a premium relative to the other 2 location classes. OCR overshooting CCR may indicate that many people may be buying into hype of Outside of central region (OCR) and are paying too much for these properties (on a per square feet basis). (The reason as to why these properties overshoot the price, that is a discussion for another day)

If property buyers start to look at the prime areas, they may yet realize that these areas are not too expensive after-all. And the current over-supply in Core Central Region (CCR) reflects price quantum affordability as some of these units are bigger in size and hence could cost between $3m to $10m at least and so the lower Per square feet prices of CCR reflects this phenomenon of CCR having a lower price than OCR. All that glitters in OCR regions may not be gold, many people could be sitting on stagnant prices for many years.

If there is no recession, no economic boom, no further regulatory boosts or impediments, we expect property prices to soften about 10% based on current trend. What do you think? Share your thoughts with us at www.facebook.com/iCompareLoans 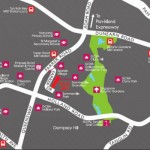 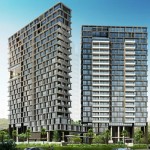