The world is entering a phase of slower growth. This is perhaps one of the more dangerous periods in the world’s history. Since the financial crisis in 2008, the world has become more leveraged instead of less. Government debt has grown at a compound annual rate of 9.3%, way faster than the GDP growth and following closely in 2nd place is corporate debt.

To put the numbers into perspective, US$4.2 trillion is about the annual production of the entire Japan.

Since borrowings are not directly used to stimulate spending and does not correspond to a proportional increase in GDP, the rising debt went towards debt interest payment servicing.

Why is High Debt the precursor to recession?

When so many countries’ government are incurring a faster increase in debt than the increase in GDP, this means that by incurring all these debt, the global production did not correspondingly increase.

For example, a government that does not balance it’s budget incurs a budget deficit of say $50 billion to serve long term growth rates, but US$15 billion gets used up to service the interest payment of debt. This leaves US $ 35 billion to benefit the economic growth. This US$ 35 billion gets pumped into the economy to create investments or spending on capital purchases (land, plant, machinery and equipment) and to hire people (to stimulate GDP growth).

Based on Figure 1, much of the debt incurred by governments goes into servicing a current budget deficit, servicing the existing debt and additional borrowing if needed, goes into stimulating the economy.

The only bright side is, financial debt is growing at 2.9%, close to economic growth. (Financial debts are debt owed by financial institutions)

Many countries are already servicing so much debt that much of a year’s budget goes into repaying and servicing a debt. This leaves little money for disposable spending that helps the economy to grow. Many countries struggle to tax the super high net worth and hence fall short in revenues.

Every country needs to make the super high net worth pay higher taxes and tax their gains, unless their money is reinvested into the economy.

By making the super high net worth richer, the trickle down effect to benefit the larger economy will be marginal as the super rich has a propensity to accumulate wealth and store them in tax havens rather than circulate wealth.

As the global economy is starved of funding, income levels may not rise.

Meanwhile, corporations are increasing their debt at a faster rate than GDP growth rate. This means that corporations are under stress of reduced margins, which in turn could be main cause of coming retrenchments.

The US dollar is the world’s pre-eminent currency. US military spending is the combined total of the next 5 to 6 countries. Their military power, cultural soft power and non-governmental bodies all set the tone for the world we live in.

US dollar commands about 60% of the world’s foreign exchange reserves up till 2013. (Reference 1, Wikipedia)

IMF’s special drawing right is a standby borrowing for countries with weaker fiscal positions to draw on in times of emergency. The reserves are weighted in (effective 01 Oct 2016) (Reference 2: IMF) : –

Imagine you play a game of Monopoly, where there are 1 player/banker and 4 other players. Each one has US$10, and a total of $50.

One day, the Player/banker decides to print an extra $50 as it ran out of money. So the total money within the game becomes $100.

So what does the banker/player do? They borrow, with the promise of paying it back one day.

So there is now $50 + $50(QE) in the game and a holding of debt; -$50. The money in circulation is $100 while the debt is $50, with the net effect of $50. The federal reserve call this quantitative easing (not printing money) (Reference 3). However it has the same effect as money printing. The value of the dollar held by the other players are diluted whilst the debt is not repaid.

Between 2 poor people who have ZERO equity, which one is better?

The one who has $1,000,000 and owes $1,000,000 is in a better position because this person can buy food and pay bills, for the time being. Unless countries choose to default on their debt or simply print the notes outright to repay the debt, the economy will get worse.

Printing Money is not a bad idea – Since politicians like to Kick the can down the road.

Some say printing money will cause hyper-inflation. However, rounds of Quantitative Easing, and still there is hardly any inflation. In fact we are facing deflation in Europe and Japan.  Perhaps the world’s major economies can sit together to print the money to reduce their indebtedness. Today, we have the productive capacity in industries and are largely not scarce of many resources, hence printing money to use up the additional capacity and reemploy people is perhaps not a bad idea. Instead of borrowing money, a government could print money for capital formation activities.

Else, there will come a time when the debt has to be repaid. Deleveraging will become imminent, this will cause immense pressure as banks lend out less, and interest rate hikes.

Corporate debts are the 2nd area of concern. Singapore’s Corporate Debt-to-GDP has increased from about 100% to 150% in 4 short years in Singapore (Chart 1). Corporate interest coverage ratio has dropped from ~14 times to 6 times. This means that the EBIT is 6 times that of the interest payment up till 2014.

If a shock occurs, such as a 25% drop in earnings (EBIT) and a 25% increase in interest costs, many companies may start to retrench.

For illustration purposes on SME borrowing costs in case of Rise in overnight rates: –

Spring Singapore is already preparing to launch a working capital loan (on 01 June 2016), where local SMEs can apply for loans up to $300,000. Spring will provide loan loss provisions to banks. This is indicative of a worsening economy.

Not all companies will qualify for Spring’s working capital loan as companies will still need to be profitable. Many of those companies in hardship will perish, while some of these SMEs who qualify for this loan will stay afloat or grow to absorb retrenched workers.

Trade is an important segment of Singapore’s economy, trade has been declining since July 2014. Shipping and logistics sectors have already been hard hit. Oil and gas have been impacted. Singapore’s purchasing manager index has fallen under 50% for 8 months in a row. The latest April 2016 PMI stands at 49.8%, indicating a decline in orders.

Private residential property prices have fallen 10 quarters since 3Q 2013. The pace of fall is gradual. Many people will be hit by reduced rental income, increase interest costs. Due to falling valuations, banks may be even more cautious by lending more conservatively. This pro-cyclical behaviour will cause more hardships to Singaporean households.

When it comes time to refinance, bank’s appointed panel of valuers may be so conservative that the outstanding loan may exceed 80% Loan-to-value.

Total Debt Servicing Ratio (TDSR) was announced on 28 June 2013 and imposed on 29th June 2016. Many people who are highly leveraged may have TDSR above 60%. That means, more than 60% of their monthly income goes toward servicing their property loans.

MAS allows a transition period where residential own stay and investment properties can refinance even when TDSR exceeds 60% (Subjected to meeting certain conditions), until 30 June 2017 (MAS, TDSR Waiver, Reference 7). If you fail TDSR after 30 June 2017, you will be slapped with expensive interest rate when you are already financially under strain with no option to refinance.

As banks tend to offer rates that steps up. For illustration purpose only: –

A person will be faced with the following risks.

Banks tend to have herding mentality (pro-cyclical), hence all these risks could all hit you at the same time, at a time when you need help the most.

Hence it would be wise to immediately convert to a rate where the rates after year 3 is stable and low, such that there is no need to constantly refinance. Failing that, the consequences can be dire.

“The Fed purchases Treasuries from its member banks, using credit it created out of thin air. It has the same effect as printing money. By keeping interest rates low, the Fed helps the government avoid the high-interest rate penalty it would usually incur for excessive debt.” 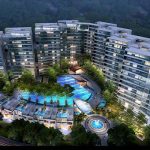 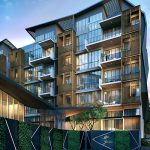