Let’s face it, Singaporeans love properties. No amount of cold water can douse their enthusiasm of properties, travel and food.

Singaporeans love Australia for the weather, nature and space, they love Malaysia for the proximity and food and Thailand, Bangkok for the great shopping, cheap and delicious food, Songkran festival, pubs and clubs and world class beach resorts and genuine Thai massages.

Singapore’s high cost of living is due largely to Singapore’s government high land price policy. REITS raise rents and retailers pass on the cost to consumers, Car parks raise fees, hospitals beds are more expensive than hotel suites. Many Singaporeans cannot afford to retire in Singapore. Singaporeans also cannot afford to fall sick, they can only afford to die. There is insufficient safety net and basic hospital care. Some want to retire in Bangkok or Malaysia for their cheaper healthcare cost and livable city conditions.

Singapore is too expensive – Cannot take it anymore!!!

Secretly or openly, many Singaporeans have told me, they don’t like National Service (NS) and will never fight for this country that never cared for them. This is subjective and I shall not enter into this debate. They also aspire to leave Singapore and retire in a cheaper country, maybe in Iskandar, maybe Penang, some say Phuket and some Bangkok. Even Japan may very well be cheaper than Singapore, given that Singapore is now the most expensive country on earth to live in.

In Singapore, the downpayment to buy your second or third property is prohibitive as the maximum home loan for second property is 50% of valuation and third property is 40% valuation. Secretly or not so secretly, Singaporeans want to own their holiday homes or simply buy a home and retire away from Singapore.

What are the 15 things that you need to know about Bangkok Properties?

Bangkok is a primate city. A primate city is a major city that is the political, financial and population centre of the country with no rival city within the country, hence its over arching importance.

By 2025, Bangkok will still be the 2nd biggest city by GDP in the Asean region (McKinsey Global cities of the future interactive map,

http://www.mckinsey.com/global-themes/urbanization/global-cities-of-the-future-an-interactive-map) with an estimated US$300 billion in GDP (Bangkok alone), that is 10 times that of Yangon, 10 times of Hanoi, 4 times of Ho Chi Minh and 2 times of Manila, 1.4 times of Jakarta and 0.66 times of Singapore.

In short, Bangkok is important for the entire country. There is no rival city that can challenge Bangkok within Thailand. And within Asean, apart from Singapore which is a City state, Bangkok is the 2nd biggest city within Asean by a large distance. Bangkok will be a relatively affluent city.

What will that do for your property investment if the city is growing in population and per-capita income?

Bangkok city is forecasted to grow to 11 million registered residents in 2025.

Bangkok property prices have moved up along with the Thailand’s strength in the economy. Thailand is financially strong. Many regional Multi-nationals are using Bangkok as a regional HQ and stepping-stone before investing into Cambodia, Myanmar, Laos or Vietnam.

As a fat person who had just had dinner, the weight grows. The next morning, his weight drops. Bangkok is the same.

During the day time, (in 2016), there might be as many as 15 million people in Bangkok, while registered Bangkok residents numbers ~8m and greater metropolitan Bangkok numbers 10m.

This means that there are 5m people moving in and out of Bangkok on a daily basis. Massive traffic jams are as common as your strawberry jam during breakfast.

Foreigners are currently unable to obtain a loan from Thai banks, however they can get a Thai Property loan from Singapore banks serving the Thai property market. However Total Debt Servicing Ratio (TDSR) applies. Though some Thai banks may offer loans to foreigners, they are very strict.

Many Singaporeans take our Equity Term loan to buy a Thailand property.

Due to the long daily commute, wealthy Thais often buy a posh condominium in downtown Bangkok to avoid the traffic jam. They only go home to their landed house in the outskirt during the weekends.

There is demand for the top luxury end of the Condominium market for wealthy Thais.

Apart from foreigners and expatriates, the majority of buyers are rich locals, which provides some stability as they are less likely to exit the market when negative factors surface.

Expatriates loves to stay within Downtown Bangkok. They love the night live, bars and clubs. Also they stay in the city centre to avoid the traffic jams.

As downtown Bangkok gets more and more expensive, Middle-income Thais are moving further away from the city. The property prices are unlikely to drop in downtown Bangkok as the city grows in population, wealth and stature.

Middle-income Thais either Rent or buy further away from downtown, but not in downtown Bangkok. The added convenience of the Mass Rapid Transit (MRT) and BTS sky train means that middle-income Thais can afford to cut their commute time by renting near City or buying one near city which is also near the MRT or BTS stations.

The mid-income Thais either commute to work, rent further away from downtown Bangkok or buy near the stations in the outskirts of Bangkok. Most only go back to their landed homes in the outskirt during the weekends.

Investors who are looking for healthy rental income in addition to capital appreciation would do well to look at locations that are popular with tenants. And it is best that these tenants include Locals as well as expatriates so as to be not too reliant on any particular segment.

Hence a lower risk option could be to move further out from central Bangkok so as to get a good local and expatriate tenant mix.

Expatriates and local Thais look for condominiums near BTS skytrain as well as MRT stations, with the Thais locals even more crazy about staying near train stations due to the traffic jams and many commute daily from the outskirts into Bangkok daily.

Expatriates look for condos near the BTS skytrain, their workplace and amenities such as schools, shops and restaurants.

The sought after locations for expatriates and foreigners are within the central business district, specifically at Sukhumvit between sois 1-63 and 2-42, Sathorn and Central Lumpini, particularly for two- and three-bedroom units, (CBRE, Reference 1).

The area is home to modern malls such as The EmQuartier, Terminal 21, Emporium Shopping Mall and K Village, as well as luxury hotels such as Banyan Tree, W Hotel Bangkok.

Some of the well-known new luxury developments located in the area include Marque Sukhumvit, a 147-unit luxury development which will be completed in December this year, MahaNakhon Tower, a 77-floor iconic mixed-used development, which was designed by German architect Ole Scheeren, as well as 98 Wireless, where the residential units are priced at an average of Bt550,000 per square metre according to developer Sansiri.

Units at The Ritz-Carlton Residences, which will occupy floors 23-73 at MahaNakhon, ranging from two to five-bedrooms are priced upwards of US$1.1 million.

For super luxury units, the average unit selling price are above Bt250,000 per square metre while that of the luxury units should be between Bt170,000 to 250,000, according to DTZ.

Will rentals of these iconic units be high enough to justify the high property prices? Rental yields of iconic properties tend to be lower as rents are unable to catch up.

It is without doubt that prices will continue to rise as more and more multinational companies move to Bangkok with better connectivity as well as regional economic growth.

As at 2016, there is a shortage of grade-A office space in Bangkok, rents are rising and prices of office buildings are rising too. This looks set to have a knock-on effect on the other property segments.

As bigger developers tend to build iconic projects, and these tend to come with lots of amenities and are priced very high. There is a cap to how much rental a tenant can pay regardless of how beautiful the place is, hence an expensive place have lead to reduced rental yield. Would a fairly nicely built development in a good location fetch a better rental yield?

As in many countries, buildings are nice and beautiful when new, but as the buildings age, they depreciate. The price impact on depreciated buildings has not yet been fully understood in Bangkok.

More and more world class iconic buildings do tend to benchmark against international price norms rather than local price norms, these can start to elevate land prices in and around these developments in prime areas.

Lower yields will tend to give you capital gains if you bought them early.

Developments typically within 200m to 300m of the Mass Rapid Transit stations or BTS skytrain stations perform better than the overall market. Developments near interchanges are expected to be even more popular.

Many developers had launched projects in the province to tap on anticipated demand on the construction of the Purple Line, a mass transit system that runs through Bangkok and Nonthaburi. (Bangkok Post, Reference 2)

Even while development of condominiums near BTS or MRT are popular, they may pale in comparison to BTS/MRT interchanges in terms of potential capital appreciation. This bears similarity to Singapore where the properties around MRT interchanges become expensive as commercial activities sprang up.

Surachet Kongcheep, associate director of research, Colliers International, notes that the prices of projects along the Purple Line range from Bt37,500 to 140,000 per square metre. (Colliers, Reference 3)

There is expected to be increased interest once the Purple Line opens in August 2016. (Colliers, Kongcheep, Reference 3)

In Bangkok, 2 side-by-side developments can be priced very differently, within seemingly similar attributes. There are instances where 1 development could even be double the price of another development just beside it.

Super luxurious fittings, amenities, unique design all contribute to raising the cost of the development and hence selling prices.

So it is important to choose not only good locations, also focus on the design, the quality of the material used, the amenities, the finishing, furnishing and fittings. These can impact the prices of a property quite a bit. 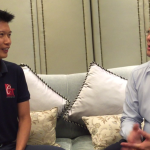 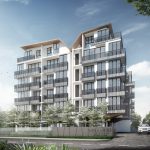