The number of times the average person takes a home loan, in their entire life, is probably one. Two if they’re lucky enough to upgrade. That means most people know as much about home loans as a colour-blind ah beng knows about modern art paintings, and they’re easy to mislead. Don’t be one of them. Here’s what you need to look for:

1. Beware of the “you can refinance later” argument

Notice that it’s cheaper in the first three years, because banks like to tenderise their meat before they eat it whole. The real clincher of any loan package is the “fourth year and thereafter” rate, which sets the cost for the rest of your loan tenure.

Now sometimes, you’ll see the first three years are way cheaper than the fourth year; there can be a whole percentage point of difference. The mortgage banker, however, might handwave that and tell you it’s not an issue.

You can always refinance before that fourth year, and escape to a cheaper package. It makes you wonder why the bank would even bother setting that rate, since, you know, everyone can get out of it right?

You don’t know what’s going to be available in the loans market in four years. Here’s an example:

You might be told to take loan A, and not worry about the thereafter rate because you can refinance.

But imagine if if you take loan A, and then four years down the road, find that interest rates have shot up across the board (the Americans are hiking the Federal rate after all). The cheapest alternative package you can find has a thereafter rate of 3M SIBOR +1.4%, so you pretty much have to stick with the same loan.

Had you chosen loan B, you would have secured a much lower rate over the long term, even if the first three years were cheaper.

It makes more sense to consider long term interest rates, given that your loan tenure is probably at least 25 years. Don’t assume you can just refinance later.

2. You may be able to skimp on the conveyancing fees

Most of the time, the conveyancing fees are glossed over as just another necessary cost. But what fewer mortgage bankers stop to explain is that you can use another law firm, so long as it’s on the bank’s board.

Typically, conveyancing fees range from $1,500 to $3,000. Unless you’re deeply enticed by the way a particular lawyer fills in her Microsoft Word templates, there’s no reason to pay more.

You can scout around for a cheaper law firm, and insist on using that one if they’re on the board (and some firms are on every bank’s board). If you go through one of iCompareLoan’s mortgage brokers, this is one way we may be able to cut your costs.

3. If you’re trying to refinance, a mortgage banker may say nothing about the “free repricing” that they notice you’ve got

Sometimes, a loan package will give you one or two “free repricing” options. Now if you try and refinance while you have these options, odds are the mortgage banker isn’t going to point them out. Because, you know, commissions and having to eat three meals and all that.

But you should pay attention to your own loan package – free repricing is sometimes preferable to refinancing. This is when you switch from one loan package to another, within the same bank (e.g. switching from one DBS loan to another DBS loan). This isn’t the same as refinancing, which typically carries costs such as conveyancing fees (see point 2). While the loan package you switch to may not be the cheapest, the savings you get from not having to refinance can make up for it.

4. They think you’re nuts for taking their deal, when there’s a better one right across the street

Banks operate on quotas. They have a target as to how much money they want to lend. And as they near that quota, they hike their interest rates. Other than that, there’s absolutely no reason why you should pay more for one loan package over another. This isn’t like electronics or cars or food, where companies make at least a half-assed effort to justify higher prices. The only justification when it comes to bank interest rates is “because that’s what we can charge”.

No mortgage banker has the ability to flat out tell you any of this, because banks frown on employees who call their products crap. The mortgage banker will help you, but only to push your application past their credit officer. You need to speak to a mortgage broker if you actually want to save money on the loan.

5. You can try and negotiate for subsidies

When it comes to home loans, subsidies (such as for legal fees and fire insurance) work like credit card fee waivers – if you don’t ask for them, you don’t get them. But if you press the point, the bank may give it to you because your business is ultimately worth more to them.

So when you do take a home loan, always ask if the bank can offer subsidies for conveyancing fees, processing charges, or any of the other little things. In some cases, mortgage bankers have even been known to cover some costs out of their own commission, if it means closing the deal. In some cases, mortgage bankers can even pull strings for freebies like cash vouchers, or six month interest-free renovation loans.

None of this is guaranteed, but you lose nothing by asking! 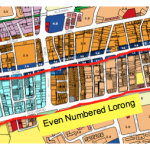 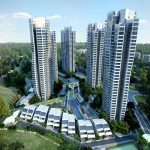