April private residential property sales is definitely taking a hit because of the circuit breaker. However if initial first week sales are an indication of demand in the property, it gives cause for optimism.

Data released by the Urban Redevelopment Authority (URA) on Wednesday (15 April) showed that 660 new private homes, excluding Executive Condominiums (EC), were sold in March, down by 32.4% from the 976 units that were shifted in February 2020. On a year-on-year basis, developers’ sales declined 37.4% from the 1,054 units (excl. ECs) transacted in March 2019.

Developers who spoke of the data provided by URA said that April private residential property sales is also taking a hit, and mainly because of the Circuit-Breaker movement control measures.

Mr Desmond Sim, CBRE‘s Head of Research, Southeast Asia, said: “The month of March 2020 sold a total of 660 new homes (excluding ECs), which represented a decline of 32.4% m-o-m. This is mainly attributed to the disruptions from the spread of the COVID-19 crisis and the lower-than-expected project launches.”

“The planned pipeline for new launches was expected to be higher but only 101 units in the CCR were launched in March 2020, down from 601 units launched in Feb 2020. One significant project launched this month was KOPAR at Newton which was released ahead of the heightened COVID-19 circuit breaker measures and show suites are closed now till 4 May 2020.

“Top performers continued to be from previously launched projects. These include Jadescape (76 units), Treasure at Tampines (69 units) and Parc Esta (63 units). Based on statistics, median price psf for these projects are still holding up.

Q1 2020 figures totaled at 2,256 units, representing an increase of 22.7% y-o-y. The y-o-y increase is due to the numbers recorded in January and February, coupled with the fact that the full impact of the COVID-19 outbreak has only been felt end-March 2020. Taking into consideration the closure of sales galleries due to circuit breaker measures and the ban on foreign visitors into Singapore, new sales volume is likely to hit a roadblock in April 2020.”

Mr Sim added that the April private residential property sales is expected to slow down, from from what was originally planned at the start of the year as some developers delay their project launches.

“Softer economic sentiments may hold back buyers’ decision. As such, CBRE Research has made a downward revision to its earlier forecast and expects developer sales numbers to hover between 4,000 to 5,000 units (excluding ECs) for the whole of 2020.”

Huttons noted that this is the sixth consecutive month that monthly sales volume has exceeded launch volume.

“If we compare 1Q 2019 to 1Q 2020, 2020 is a very good year for the market with sales estimated to be ~20% higher than the same period in 2019. Property is proving to be an enduring asset class for many in times of uncertainty and the desire for wealth preservation amidst the stock market rout.”

Huttons added that April private residential property sales is definitely taking a hit because of the circuit breaker .

“However if initial first week sales are an indication of demand in the property, it gives cause for optimism. An estimated 150 caveats for private residential properties were lodged in the first five days of April. If business continue as usual and we extrapolate the sales, we might see 900 transactions in April which is much higher than March.”

Colliers International commenting on the March 2020 new home sales observed that transactions have tapered off sharply in March from a strong February, as the effects of the COVID-19 are starting to reverberate through the economy and hurt sentiment. The leading real estate services company said that April should see further sharp declines as the circuit breaker kicked off on 7 April and threatened to bring property purchases to a halt.

April private residential property sales may see an impasse in April which could possibly be extended into May for developer sales, especially if the circuit breaker is extended, added Colliers.

Mr Paul Ho, chief mortgage officer at iCompareLoan, said, “despite the March 2020 new home sales plunge, now may be a goot time for those considering refinancing. When Sibor plunge, banks increase the spread. For example when sibor was 1.5% Sibor + 0.2% was available, and when Sibor is below 1%, banks will raise the spread – it becomes Sibor + 0.35%, etc, as it is now.”

The Federal Reserve cut its key interest rate to near zero, a dramatic move not seen since the depths of the 2008 financial crisis.

The one-percentage-point decrease was the U.S. central bank’s second emergency rate cut this month in an attempt to cushion the rapidly growing economic effects of the coronavirus pandemic.

The Sibor plunge is the result of the near zero Fed interest rate cut. the Fed also announced plans to buy $700 billion in government securities. 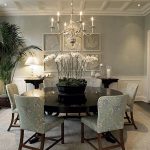 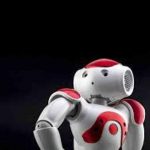