Why investors, too, are flocking to Australian suburban properties?

Commercial real estate investors facing untold months of economic uncertainty are looking for a bit of stability outside city centres.

Alongside droves of people looking to decamp from urban centres, investors are looking further afield into the Australian suburban properties after widespread lockdowns and work-from-home mandates.

There were 48 real estate assets sold in Australia’s non-CBD markets since the start of 2020, double the number of those sold in CBDs, JLL data shows.

“We haven’t seen anything like this in five years,” says Luke Billiau, head of capital markets – NSW, JLL Australia. “Investors are anticipating greater tenant demand for affordable spaces close to where employees live.”

Office buildings outside major business districts are also considered a defensive play because along with their track record for attracting stable, long-term tenants, they have the added benefit of being ideally located, Billiau says.

In September, Singapore’s Keppel REIT purchased Pinnacle Office Park – three office towers at Macquarie Park in Sydney’s north-west – from Goodman Group for A$306 million at a 5.25 percent yield. Keppel chief executive Paul Tham said in a recent press interview that the deal supports their expectation that “demand in Australia for quality and well-networked metropolitan locations will increase as more companies seek cost-effective solutions for office locations.”

In Carlton, on Melbourne’s northern fringe, Japanese firm UD Australia (a subsidiary of Nippon Telegraph and Telephone Corporation) bought an office building from Australian Unity for A$72 million at a yield of 4.8 percent. The office is fully occupied by the Environment Protection Agency.

In Sydney, newer buildings developed in metro areas over recent years, triggered by new public transport infrastructure and population growth, have attracted tenants predominantly from the government, healthcare and technology sectors, which have been relatively unaffected by the pandemic and therefore present robust income streams.

“Capital is focusing on asset quality firstly and, in the period of social distancing, lower density buildings and less touchpoints to access those buildings, which will continue to attract tenants and provide security of that cash flow,” Billiau says.

“It is evident that working from home is not as productive as it was touted to be at the beginning of the pandemic. It will continue to happen, but ultimately organisations will think about how they locate based on where their workers actually live, and their real estate strategy will reflect this.”

“There are very strong reasons for why businesses locate to where they do, and ultimately it comes down to proximity to customers, suppliers, the workforce catchment and other strategic relationships they may have.

“In Sydney’s Macquarie Park some of the healthcare operators are based there because of their strategic relationship with the university, and their service providers then cluster around them. For government, a decade of decentralisation policy has seen it underwrite certain markets through its own tenancies.”

Even before the pandemic the value proposition of metropolitan office markets was becoming increasingly apparent.

Investment volumes in 2019 (A$7.12 billion) were well above the 10-year average of A$4.94 billion, according to JLL data, as strong leasing activity, above-trend rental growth and competitive yields compared to CBDs saw the pool of investors expand from private investors and high-net-worth individuals to include bigger players.

Institutional investors accounted for 63 percent of all Australian metropolitan office transactions in in 2019, up from 42 percent in 2015.

Australian listed fund manager Centuria Capital is a long-term investor in the space.

“In a lot of suburban markets you do get very large users that dominate buildings – sometimes a single user over an entire building that will take in some instances up to a 20-year lease. CBD buildings on the other hand are generally multi-tenanted, which makes it very hard to get a WALE (weighted average lease expiry) beyond five years,” says Centuria Capital fund manager Grant Nichols on JLL’s Perspectives podcast.

“Much of the time these large users in metropolitan offices renew, and so there are a number of buildings that haven’t had a day of vacancy since they’ve been constructed – and some of these buildings are over 30 years’ old.”

The liquidity of metropolitan offices, which were once “hard to shift” is also compelling, he adds.

He added: “Whether you are looking to invest or refinance an Australian property, you can now seamlessly finance it locally with some banks.”

For investors, cross-border property investment offers true diversification and more options to meet revenue targets. In a period where physical travel remains subject to restrictions, intra-regional investment into ‘near neighbour’ locations will become ever more compelling, There is even an exclusivity for residential properties in Adelaide, Brisbane, Perth, Melbourne and Sydney, where you can enjoy: 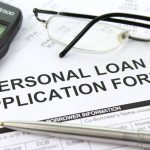