Blockchain technology, which first found burst into mainstream as a secure platform for cryptocurrency, is today being extended to transform industry sectors on a holistic ecosystem basis. Healthcare, banking and insurance are just three industries where blockchain technology has found wide acceptance because the technology provides transparency and accountability, which makes them particularly suitable for recording and managing ledgers.

Because it is secure by design, blockchain technology is expected to impact several sectors including healthcare, real estate, legal industry, security, government, education and, charities and aid organisations.

For example, many donors who contribute to the various causes in the charities sector worry if their donation reach their intended beneficiaries. Blockchain technology allow charities to create trust through smart contracts and online reputation management systems which can help donors trust that their money is going to the specified cause.
But besides disrupting industries, can blockchain technology create social impact? How can blockchain create change – what are the factors contributing to its adoption, what are the risks involved and what is the potential in this area for changemakers and the underserved population?

Benefiting the world with blockchain
Blockchain technology, with its transparent, immutable qualities aligns with a nonprofit business model. Using the technology can enable the reduction of global economic inequality, grant people first-time access to the financial system which has largely ignored or exploited them.

Blockchain Against Hunger: Harnessing Technology in Support of Syrian Refugees
U.N.’s World Food Programme is implementing a blockchain based system that allows refugees to get food with an iris scan, instead of relying on cash, credit, or vouchers, all of which can be stolen.

The Monetary Authority of Singapore (MAS) on Jan 28, announced the commencement of the Payment Services Act (PS Act). The new PS Act will enhance the regulatory framework for payment services in Singapore, strengthen consumer protection and promote confidence in the use of e-payments.

The Payment Services Act may pave the way for blockchain powered PropTech companies like Zweispace to make inroads into Singapore. Zweispace located in Tokyo, Silicon Valley, and Singapore, holds multiple patents around blockchain, started to tokenize the industry specific app utility, starting from real estate and legal professions for inheritance contract. The tokens are on BitcoinSV blockchain.

Zweispace started selling Zweicoin a real estate industry utility token in Japan, the coin can be consumed to run award winning PropTech apps. It can also be held as almost like stable token but most likely appreciating with more stuff coming in. PropTech apps includes, Robot Architect, “AutoCalc” a maximum profitable property planning with AI support, and Earthquake impact assessment app, “Namazu”, developed with experts from a largest construction company. Zweispace is awarded the best PropTech company in 2019, expanding its domain to construction and finance.

Surplus of the money generated by selling Zweicoin is stored in a bank account in Japan, and part of the money will be converted to real estate. The ownership record and rental revenue history will be stored in its patented real estate blockchain system.

This system with media site, will accelerate the contracting process, as Japanese government is encouraging regional banks to do so. This inheritance advisory system “Pitashin” was created with the collaboration of Zweispace and Yasuhiro Ogino, a Shiho-shoshi (solicitor), the expert of inheritance contract and legal tech director at Trust System Security Association. The system is powered by Smart Contract System on ZWEICHAIN, a blockchain Zweispace provides. ZWEICHAIN means two chain in German, a pair of private chain and public chain.

For the public chain, Zweispace picked BitcoinSV chain since 2019, the aggressively scaling original bitcoin protocol created and managed by nChain or Satoshi Nakamoto team. The “Legal Token” for this ecosystem, will be tokenized on BitcoinSV chain, same as Zweicoin on BitcoinSV.ispace uses for its system. The conversion rate can be checked at a new utility token site. Zweicoin can be purchased on site and is in talks with multiple exchanges for trading including one already integrated. 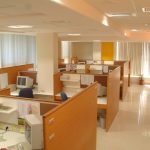 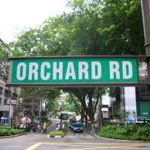