The commercial freehold sites at the entrance to the former New World Amusement Park went up for sale in April at a guide price of $13.5 million.

The commercial freehold sites are situated in-between 251 Jalan Besar Road and 255 Jalan Besar Road. The sites enjoys a 10-metre wide main road frontage and commands excellent visibility. It occupies a total land area of approximately 3,230 sf. Under the 2014 Master Plan, the site is zoned “Commercial” with a gross plot ratio 3.0.

The purchasers of the freehold commercial sites have the benefit of exploring various development works to maximize the use of the site. Potential Commercial uses for the new development include F&B, office, co-working and retail amongst others (Subject to approval from relevant authorities).

A Written Permission was previously obtained by CDL to develop the commercial freehold sites to accommodate two four-storey units infill envelope control buildings with temporary eating house use on the ground floor and office use for the upper floor. The approved gross floor area (GFA) is 9,694 sf.

Jalan Besar, which means “main road” in Malay, was one of the earliest areas to be developed in Singapore. Jalan Besar appeared in the 1880s, when the colonial municipal office constructed it through nipah land.

The area belonged to Richard Owen Norris from the 1830s to 1865, before he moved to Paya Lebar. Later, Syed Allie (1814-1858) bought 70 acres of land in this area and filled in what was predominantly swamp land.

The site where Beatty School was and the HDB flats are was a big expanse of open ground. A rubber factory stood on the field, and another in Kitchener Road. The place was full of snipes and a favourite haunt of hunters.

In 1923, the New World Amusement Park located off Jalan Besar was opened by the enterprising sons of Ong Sam Leong (after whom nearby Sam Leong Road is named), Peng Hock and Boon Tat.

Due to its rich heritage, the area has been granted conservation status in 1991. With its close proximity to the city, the area has slowly evolved into a business and medical hub supported by trendy F&B and lifestyle attractions.

The freehold commercial site are situated at the entrance to the former New World Amusement Park. The renowned amusement park entertained the Singapore night crowds from the 1920s to 1960s. The amusement park featured cabarets, circus acts, open-air cinemas, Chinese and Malay opera halls, boxing arenas, shops and restaurants. Being a major landmark, the site is an important part of Singapore’s history and is fondly recalled by earlier generations of Singaporeans.

After the closure of the amusement park, the site was subsequently redeveloped into City Square Residences (residential development) and City Square Mall (8-storey shopping mall). The original New World Gate was refurbished and relocated to the urban park adjacent to City Square Mall.

The indicative guide price for the sites was in the region of $13.5 million, reflecting a unit land rate of about $1,392 per sf per plot ratio. No development charge is payable for the intensification of the site.

Mr. Clemence Lee, Associate Director, Capital Markets, JLL said in April that New World Amusement Park is one of the major landmarks in Singapore’s history. Having the site being situated at the entrance to New World Amusement Park, and given its freehold tenure, city fringe location, excellent main road frontage, potential future naming rights and flexible commercial uses, we are confident that incoming developers and owner-occupiers would appreciate the rich heritage and strong attributes of the site and develop an iconic flagship building there.”

“After factoring in the development cost, the blended breakeven for the new development would be in the region of $1,925 psf. This compares favourably to the average price of $5,000 – $5,500 psf achieved for the strata retail units and $2,400 – $2,500 psf for the strata office units at the nearby Arc 380 and Centrum Square”, he added.

If you are searching for commercial freehold sites, our Panel of Property agents and the mortgage consultants at icompareloan.com can help you with affordability assessment and promotional loans. The services of our mortgage loan experts are free. Our analysis will give industrial property loan seekers better ease of mind on interest rate volatility and repayments. 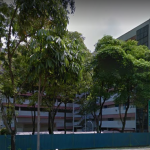 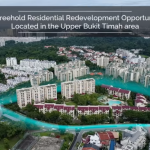