EdgeProp reported earlier today that “word on the street is that all 20 units at Swire Properties’ luxury condo Eden at 2 Draycott Park have been sold to a single buyer”. The apartments were sold for $293 million or $4,827 psf. The sale will be completed by May 26, 2021, subject to the fulfilment of the purchase agreements.

Guy Bradley, chief executive of Swire Properties, said: “We’re delighted to sell all 20 apartments at Eden, our phenomenal ultra-luxury residences in the heart of Singapore. The sale of the units is significant as it reflects Eden’s distinct design, which has been combined with green living experiences, and also recognises the strength of our residential brand in this new market. Moving forward, we’ll continue to explore Singapore for more opportunities that showcase our brand and fit our business strategy.”

Commenting on this news on his Facebook page, former Member of Parliament (MP) Inderjit Singh said, “Singaporeans will be priced out of the private property market as we continue to see a flood of foreign funds flow into Singapore.”

Mr Singh, who was an MP with the ruling party expressed concern that this will have a spiral effect on cost of living in Singapore.

Sharing Mr Singh’s views, former Non-Constituency Member of Parliament (NCMP) Yee Jenn Jong expressed that property investment by itself will not stimulate the economy other than to pushing up property prices. Mr Yee, a member of Workers’ Party, said: “Trickle down economics was once popular, maybe still is for some. Billionaires coming useful only if they also invest in creating businesses and trade opportunities.”

Mr Paul Ho, chief officer at iCompareLoan, said, “it is unlikely that locals will be priced out of private property market in the near future.”

He pointed out that the number of Singapore residents living in Housing & Development Board (HDB) flats dipped for the first time this year since 2003. Household sizes shrank as the number of HDB households continued to climb.

Mr Ho said, “In the last 10 years, a substantial number of private apartments and executive condominiums were developed for the mass market. The shift downwards of the resident population living in HDB flats could be due to more residents upgrading to private property.”

Mr Ho added, “Let’s also not forget that the luxury condo Eden at 2 Draycott Park is an ultra-luxury residential project, which means that it is out of reach for most people. So, I am not sure if the sale of all the units in that development to a single Chinese buyer is representative, or if it will have a knock-on effect in our residential property market.”

Swire Properties officially unveiled its first ultra-luxury residential project in Singapore in April 2018, “EDEN”, an exclusive apartment building inspired by Singapore’s vision as a ‘city in a garden’ and designed by Thomas Heatherwick of Heatherwick Studio. Located at 2 Draycott Park in the prestigious District 10 Orchard Road neighbourhood, EDEN, offers 20 apartments in total, each occupying the entire floor. Each unit in the ultra-luxury residential project has a saleable area of over 3,000 sq ft, and comes with four en-suite bedrooms.

Mr Ho said, “there is ample liquidity in Singapore and amid a low-interest environment we are likely to see more positive sentiment in the private residential market. In such a climate, the ultra high net worth investors may be viewing Singapore more favourably.” 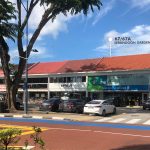 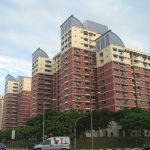