An academic’s suggestion which seemed to propose that the Central Provident Fund (CPF) monies no longer be allowed to be used to buy residential properties, has in recent days stirred the hornet’s nest. Walter Theseira, professor of Economics at UniSIM, made that suggestion in responding to President Halimah’s call for policy suggestions.

Prof Dr Theseira said that  the use of CPF savings for housing should be curbed in a bid to prevent the people from over-investing their savings on housing. He noted that people typically over-invest on housing as a way of “unlocking their CPF funds” and that installing measures to limit the use of CPF monies for housing could help the people conserve their savings for retirement and health.

He said: “My view is that the CPF system tries to do a little too much, and we should consider focusing CPF on retirement and health…I do believe there is some over-investment in housing, which creates retirement risks if housing values do not grow, and this over-investment is because Singaporeans see housing as a way of unlocking their CPF funds.”

One such measure the authorities could instate is slashing CPF contribution rates, Theseira suggested.

This would mean that workers would receive more take-home pay that they could allocate to housing. “A CPF system focused on retirement and health would require lower contribution rates, and allow people more choices in using their higher take-home income on housing, investments, business, and family.”

While Theseira advocated for a redesign of the CPF system “so that people no longer need to pay for housing out of CPF, by cutting contribution rates to focus on retirement and health,” he added that he is unsure what the right contribution rate should be.

His views on the redesign of the CPF system drew sharp criticisms from the members of the public. Some were initially even confused that it was President Halimah who had made that suggestion in her call that there were ‘no sacred cows’.

Theseira said: “What the right contribution rate should be, I cannot say. Perhaps some housing component remains important to help people save for their first home. Nor would I argue to remove CPF, because mandating retirement savings remains important, even for (especially for?) people who believe they can do a better job on their own. But this is a topic for another day.”

Elaborating, the economist asked: “What choices would we make if a different policy was in place? What trade-offs would we accept if we designed policy? It’s easy to make fun of policymakers, and it’s also easy to critique policy. Finding workable solutions that promote the public interest is a lot harder, but more than ever, we need to work together to help improve policy in Singapore.”

Kuan explained: “This bring Singapore back to normality in terms of what social security is used for and will go a long way to minimise the large trade-off between paying for housing and saving for retirement and healthcare. It will also reduce the known tendency of Singaporeans of over-extending housing affordability and hence driving up prices because of the instant gratification they received over CPF being released to pay for property when that gratification can only otherwise be realised decades into the future.”

Kuan added that the trade-off between CPF being used for housing and retirement is a complex one, to which there are no easy answers.

“There is always that easy argument that the whole problem of the trade-off between housing and retirement is due to HDB affordability and that tiresome mantra that all it takes is just make HDB affordable. Well, making HDB affordable from this point forward is the easy part. The difficult part is how to make HDB affordable without destroying the housing equity and hence retirement proposition of current HDB owners. That is the intractable part of the problem.”

“I always held that the huge increase in CPF assets due to the high contribution rates are too much of a temptation for the government,” Kuan, a former international banker, said.

Adding: “What better way to use it up than let public housing prices rise – it increases the government reserves which is essentially a very large transfer of wealth from households to the state and slow down the accumulation of government indebtedness.”

Although highly unlikely, if Theseira’s proposal was accepted by the Government, it would mean that housing prices will drop drastically. This is because without CPF, many home buyers will be deterred by the large out-of-pocket down-payment that they would have to pay for their prospective homes. This would in turn lead to a decline in demand in the residential property market, driving down prices significantly. A scenario which would be prevented from happening at all costs by policymakers who have vested interests in a healthy real estate market. 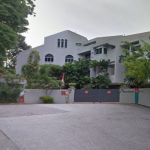 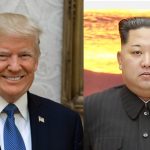