A deep global recession in 2020 is now Fitch Ratings‘ baseline forecast according to its latest update of its Global Economic Outlook (GEO) forecasts. The speed with which the coronavirus pandemic is evolving has necessitated another round of huge cuts to our GDP forecasts. We now expect world economic activity to decline by 1.9% in 2020 with US, eurozone and UK GDP down by 3.3%, 4.2% and 3.9%, respectively.

China’s recovery from the disruption in 1Q20 will be sharply curtailed by the deep global recession and its annual growth will be below 2%.

“The forecast fall in global GDP for the year as a whole is on a par with the global financial crisis but the immediate hit to activity and jobs in the first half of this year will be worse”, said Brian Coulton, Fitch’s chief economist.

The spread of the pandemic and the actions necessary to control it mean that we now have to incorporate full-scale lockdowns across Europe and the US (and many other countries) in our baseline forecasts. This was not the assumption used in our March 2020 GEO forecast. There are many moving parts, but we now judge that lockdowns could reduce GDP across the EU and US by 7% to 8%, or 28% to 30% annualised, in 2Q20. This is an unprecedented peacetime one-quarter fall in GDP and is similar to what we now estimate occurred in China in 1Q20.

On the assumption that the health crisis is broadly contained by the second half of the year there should be a decent sequential recovery in activity as lockdowns are removed, some spending is re-profiled from 1H20, inventories are rebuilt and policy stimulus takes effect. But this has to be set against the many factors amplifying the depth of the dislocation, including job losses, capex cuts, commodity price shocks and the rout in financial markets.

“Our baseline forecast does not see GDP reverting to its pre-virus levels until late 2021 in the US and Europe,” said Coulton.

The lockdown policies being implemented to control the spread of the virus are having instantaneous and dramatic effects on daily economic activity. Nationwide lockdowns look to be reducing daily activity by about 20% from normal levels. The impact on GDP will depend on how long the lockdowns last. By means of illustration, a two- to three-month crisis with a five-week ‘peak stringency’ national lockdown period which reduces GDP by 20% a day would translate to a 7% to 8% decline in quarterly GDP (not annualised). This is in line with our latest estimate of the sequential quarter on quarter decline in China’s GDP in 1Q20 (which included a full lockdown period of four or five weeks) and we have used this as guide in our baseline forecasts.

The direct impacts of lockdown policies on activity are being amplified through multiple channels. Most noticeable has been the dramatic fallout in the labour market, particularly in the US and Canada, where weekly data for new unemployment benefit claims have smashed all records. Our annual unemployment forecasts for developed countries have been pushed sharply higher across the board and we expect US unemployment to peak at 10% in 2Q20 with 10 million job losses. Companies are also likely to slash capex and consumers will pare back sharply on discretionary spending. This will be exacerbated by the collapse in equity prices.

Policymakers are doing all they can to minimise collateral damage from the crisis. The monetary and fiscal policy response has, in many ways, been larger and more rapid than in the midst of the global financial crisis. In addition to interest rate cuts, central bank balance sheets are expanding at a break-neck pace as they flood the financial system with liquidity to mitigate the risk of sharp adverse credit multipliers. These moves have been accompanied by macro-prudential forbearance and the roll-out of hundred-billion dollar sovereign credit guarantees for private-sector borrowers, with the aim of minimising the risk of wide-scale bankruptcies. Employment subsidies have been increased massively in some countries in a bid to minimise redundancies.

Huge fiscal stimulus packages have been announced in many countries worth 10% of GDP in the US and about 5% in Germany and the UK.

“In the midst of the immediate health crisis, higher public spending can play an important part in cushioning the fall in activity but wider growth benefits from policy stimulus are unlikely to be seen until the health crisis subsides,” said Coulton.

On the assumption that the health crisis eases in 2H20 we should see quite a marked rebound in growth. The removal of lockdown measures should result in a discrete jump in activity – as now being witnessed in China – and some expenditure could be re-profiled from the first half of the year. Macro policy stimulus should also contribute to a growth recovery. But the scale of the dislocation means that even assuming that the health crisis subsides we do not envisage GDP returning to pre-virus levels until late 2021.

The uncertainties surrounding these forecasts are extremely high and risks are on the downside. In the event that a longer lockdown period is required to contain the virus the damage to 2020 GDP would be bigger. Our analysis suggests a possible additional 2pp decline in GDP on top of our baseline forecast in the US and Europe in the event that the lockdown period is extended to eight weeks and then removed more slowly. This would also delay the return to pre-crisis GDP levels once the crisis is over. A failure to contain the virus would result in even more adverse outcomes. 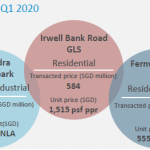