Propnex is embracing digital platforms for effective outreach to stakeholders and customers which translated to steadily rising sales.

While showflats were shut, PropNex embarked on consumer outreach efforts via digital platforms to market and transact properties. These online engagements have translated to steadily rising sales in the period following the circuit breaker.

Over the weekend of 25-26 July, the Group embraced digital platforms by hosting its first-ever PropNex Virtual Property Expo, which attracted more than 30,000 viewers over two days – a demonstration of its commitment to innovation and thought-leadership. The Virtual Property Expo featured numerous insightful webinars for participants, as well as a wide selection of listings from different segments. “The COVID-19 pandemic had undoubtedly accelerated a paradigm shift in the way we operate. We are seeing the trend of buyers becoming more comfortable with online transactions. This will likely make real estate transactions more efficient, as buyers can narrow down the plethora of choices through virtual viewings, and thereafter only conduct physical viewings of their top picks. We are also currently enhancing our investment in digitalizing more of our business processes, such as building up an improved digital database for the resale and leasing segments to enhance service quality,” said Mr Ismail Gafoore, co-founder, Executive Chairman and CEO of PropNex.

With the adoption of digital platforms, PropNex, Singapore’s largest listed real estate agency, on 12 August also reported a robust 150.7% growth in net profit after tax (“NPAT”) for the half year ended 30 June 2020 (“1H2020”) to S$16.0 million, up from S$6.4 million in the year ago period. This was achieved on the back of a 45.2% surge in revenue over the same comparative period.

Additionally, the Board has declared an interim dividend of 1.5 Singapore cents, despite the tough operating environment brought about by the COVID-19 pandemic. The dividend payout underlines the Board’s confidence in the long-term prospects of the Group.

For the six months ended 30 June 2020, revenue increased by approximately S$75.2 million or 45.2%, from S$166.3 million in 1H2019. This was mainly due to the increase in commission income from project marketing services of approximately S$75.1 million driven by higher number of transactions completed in 1H2020, following the recovery of the private residential market from the property cooling measures of July 2018.

The Group’s balance sheet strengthened with an increase of S$18.1 million in cash and cash equivalents, up from S$81.6 million as at 31 December 2019 to S$99.7 million as at 30 June 2020. Please note that this cash balance will be reduced by the delayed payment of the 2019 final and special dividends, paid in July 2020, caused by delays in scheduling the annual general meeting in 2020 to approve the dividend payments. The cash balance will decrease further after the interim dividend payment of 1.5 cents to reward our shareholders for their support in these uncertain times following on our sterling 1H2020 results. Even after these payments, the cash balance will remain financially strong.

The circuit breaker imposed by the Singapore Government from 7 April to 1 June has disrupted market activities and snapped the growth momentum in the property market in April and May, after a positive first quarter. This largely affected the sales volume for 2Q2020. Based on URA data, 2,664 private residential properties were sold in 2Q2020, representing a 37.6% decline from the 4,269 private homes sold in 1Q2020.

However, the Group believes that with developers set to roll out more projects with competitive prices over the next few months, private new home sales might see the post circuit breaker sales momentum to pick up for the remaining of the year. While the economic downturn could lead to some buyers postponing their buying decision, the Group believes that low interest rates and fiscal policy measures supporting businesses and individuals will broadly lend support to housing demand and underpin sales.

Projects located Outside Central Region such as Treasure At Tampines, Parc Clematis, and The Florence Residences performed well in 2Q2020 and appeared to be steadily transacting units while keeping prices fairly stable.

Despite the safe distancing measures and mass gathering restrictions in 2Q2020, which resulted in closure of showflats, PropNex managed to further entrench itself as the market leader, capturing approximately 53% market share for closing 1,369 units in the new launches segment, based on 63 active projects that the Group was marketing since the beginning of the circuit breaker to 31 July 2020.

The Group transacted the most units in the quarter among competing marketing agencies appointed by developers for most of the projects that were launched.

Mr Ismail added, “We are delighted to have achieved a solid set of results with strong year-on-year growth despite the tough operating conditions brought on by the COVID-19 pandemic. This has enabled us to declare an interim dividend of 1.5 Singapore cents, an increase from last year’s amount. During these unprecedented times, PropNex has remained steadfast in using all its resources to support our colleagues, salespersons, customers and the community. We also remain invested in technology and innovation which will allow us to grow and better serve our customers.”

“The residential property market held up well in the face of crisis, testament to the resilience of the market, which in our view entered the crisis with strong fundamentals. This was largely due to the various property measures implemented over the years which have served to curb over-exuberance in the market. Our market leadership position in the new launches segment held steady despite the challenges brought about by the COVID-19 pandemic. As the economy began a gradual reopening in June, we started to see buyers coming back to pick up units, taking advantage of the lower interest rates to purchase attractively-priced units.” 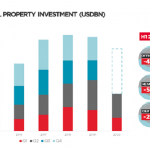 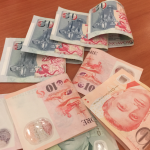