If the trade war between the United States of America (USA) and China gains further steam, it may deal a nasty blow to the en bloc mania. On Thursday, the President of the USA doubled down on the potential trade war with China. He was responding to the Chinese announcement that $50 billion in American products would be hit by tariffs – including soybeans and pork.

China’s announcement was a tit-for-tat move against the Trump Administration which had earlier slapped a 25 percent tariff on Chinese products in a sweeping trade measure aimed at penalizing the country for its trade practices.

Trump condemned the Chinese measures and described it as a move to harm USA’s manufacturers and farmers.

“Rather than remedy its misconduct, China has chosen to harm our farmers and manufacturers.” – Trump

He said that he had instructed his trade representative to determine whether tariffs on an additional $100 billion in goods were warranted and, “if so, to identify the products upon which to impose such tariffs.”

If a trade war indeed breaks out between the USA and China, Singapore will be caught in the middle and the en bloc mania will certainly come to an end.

A recent Economist article pointed out that Asia’s small and open economies may suffer the most in America’s trade war with China. The article said “30% of the value of the goods China exports to America is added elsewhere”, and that “if the row escalates, countries entwined in Chinese supply chains will suffer.”

In a chart the article carried to illustrate its point, Singapore was listed at 3rd place for value-added services to Chinese exports to USA, as a percentage of the GDP.

Singapore is part of “China’s great export machine” that Trump is hell-bent on destroying. The percentage of GDP (Gross Domestic Product) our exports add value to China’s exports to the USA suggests that if the war of words between the two giants erupt into a real trade war, we will be caught in the middle.

A trade war among other things, will drive up inflation levels in the USA and push the US dollar to be stronger. Both these measures will pose mounting challenges for those that are fueling the en bloc mania – including property investors, speculators, developers and the banks financing them.

In the midst of this risk, a letter writer to the Straits Times has suggested that the government should tweak collective sale rules to prevent en bloc mania and to avoid dislocation in market.

The writer, Gerwin Gerke, said “once a development starts the process for a collective sale, the flats there are no longer put up for sale” and that “properties have thus become unavailable in many older developments.”

The writer suggested that the Government adopt the following measures to counter the en bloc mania.

En bloc laws have been faulted for giving Majority owners the right to sell away their property without the signature of the Minority owners and force them to be a party to Collective Sales Agreement against their will. But Minister for National Development Lawrence Wong recently gave the assurance that safeguards are in place for en bloc sales.

“The main objective of the collective sales framework is to give owners the choice on whether to go for redevelopment. Such redevelopment allows rejuvenation and land use optimisation in residential developments,” said Mr Wong. 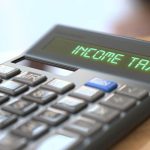 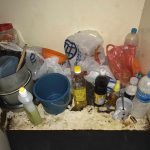