En Bloc sale is a form of collective action whereby all owners of separate units within a development sell their properties collectively and at the same time to a single party or a consortium/joint venture.

Sections 84A to 84F of the Land Titles (Strata) Act (LTSA) codify the En Bloc process. Pursuant to s 84A of the LTSA, an En Bloc sale can be carried out if an approval by 80 percent majority of owners in the development is obtained. Since the current En Bloc legislation came into force in 1999, its popularity has been on the rise.

As developments sold through en bloc sales usually fetch premium sums, the more pragmatic homeowners relish the opportunity to become overnight millionaires. To them, the en bloc sale represents the epitome of the Singaporean dream. Yet for those who have strong emotional and sentimental attachments to their home”, the thought of losing their homes is simply a nightmare.

The 2006 En Bloc sale of Eng Lok Mansion illustrated the growing tension between proponents and critics of the collective sale process. Proponents of the En Bloc sale emphasised that each homeowner pocketed in excess of a million dollars in profits from the sale of their apartment.

However strong dissenting voices were heard among when an elderly widow, Madam Chow, opposed the sale of her home. Due to the mandatory nature of the en bloc sale, Madam Chow could only watch helplessly as her home of nearly forty years was taken away, rendering her homeless.

Not even an appeal to the Strata Titles Board (STB) could spare her the heartbreak of having to part with her home. In Madam Chow’s appeal to the STB, her lawyer raised, inter alia, the following grounds of objection:

The STB, which dismissed Madam Chow’s appeal, held that her emotional attachment to Eng Lok Mansion for whatever reason, is clearly not a factor that can be taken into account.

Whatever decision owners facing en bloc sale make, it is better to make it fast so that the sale (or non-sale) can be concluded with minimal delay and maximum benefit to the owners. One way he said was to conduct a Collective Sales Agreement (CSA) as well as concurrently collect a “Non Collective Sales Agreement (NCSA)”, so that once a NCSA reaches 20%, the collective sale process is called off. There is really no point to drag on.

As collective sale process takes 20 to 30 months to complete, during this time, the owners typically do not have sufficient funds for down-payment and their CPF OA funds are tied up in the property, hence they cannot buy a new condominium early.

By the time the transaction is completed in 20 to 30 months later, the property prices would have already moved  up 10 to 20 per cent. This is already evidenced by sellers of older estate asking higher prices. Hence if the process takes 20 months to 30 months, owners may need to consider the cost of a replacement unit by that time, else they may want to hold up a higher selling price.

Mr Ho pointed out that the rules are quite onerous and stringent and is governed by the Land Titles (Strata) Act – section 84A. Over the years, additions and amendments by the Ministry of Law to the en bloc law have made the collective sale rules even tighter.

He said that many of the home owners who refinanced their home loans to fixed rate home loans or those with 2 years locked-in or 3 years locked-in period will incur full home loan redemption penalty. This penalty is usually 1.5% of the loan amount. This tends to affect those who have bought their properties in recent years as their loan size tends to be bigger and their corresponding home loan redemption penalty higher.

In order to understand how and whether to go into an En Bloc sales and sign on the Collective Sales Agreement (CSA), the owners will need to know how long it will take you to complete the En Bloc sales in case it is successful. 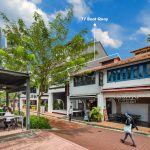 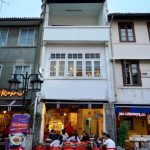