Investment from foreign property buyers is expected to drive the property market prices to levels not seen in recent years, according to a recent report. The latest report by DBS Equity Research (www. dbs.com/aics/insights.page) said that transaction values are tracking above expectations in the first three months of 2018:

“For 2M18, unit sales (primary and secondary sales) totaled c.3,200 units (+14% y-o-y), while transaction values were significantly higher by 46%, driven mainly by the secondary market. As we approach the traditional peak period for property transactions in the coming months (c.55%-60% transacted between April-Sept in any given year), given the positive sales momentum, we believe that there is a high chance that transaction values this year will exceed our estimate (+10% y-o-y).”

2017 saw the property market coming alive due to record-high bids for properties that weren’t seen since the property cooling measures of 2013. The report said that a strong list of project launches from 1st Quarter 2018 will underpin the potential for volumes to head higher. It added that factors like the higher land cost, stronger economic growth, and higher housing demand, are all expected to drive prices higher this year.

The report also noted that demand by foreign property buyers for Singapore properties is back and that strong take-up is expected in the upcoming new launches. The report highlighted The New Futura condominium which sold 48 units out of 64 launched in a relatively short period of time.

“…sales momentum has been (surprisingly) strong for a luxury residential project, with close to 60% of the units sold to foreign property buyers despite the high outlay.”

The New Futura is the newest development of some of the most luxurious apartments situated at the very heart of District 9. The New Futura was touted to be unlike any other apartment building in Singapore. The New Futura sits on a total area of 87,034 square feet and the property is divided into equally-built 36-storey twin towers. From the ground, the property has a sprawling curved modern design. But what makes The New Futura appealing as a new home is that it is well-thought of, well-designed and constructed with elegance and luxury in mind.

The New Futura is located at Leonie Hill Road, very near Orchard Road. The luxury condominium is conveniently located near the Somerset Train Station. It is also only a few minutes walking distance towards the Financial District and the planned Great-World Thomson-Line train station. Additionally, The New Futura is also closely located to well-known schools and universities in Singapore, as well as the most prestigious clubs, golf courses and city parks.

Lee Nai Jia, research head of Edmund Tie & Co, one of the marketing agents for The New Futura, said that the buyers of the luxury condominium were an “eclectic” group of foreigners  including Chinese, Indonesians and South Koreans.

The returning demand by foreign property buyers and the sales of The New Futura launch provides hope for developers who have lined up several project launches in the coming months, starting with projects like The Tapestry and Rivercove.

Foreign property buyers with overseas income are using mostly home loans with a lower loan-to-value ratio of typically 60-70% to finance their purchases.

The DBS report said: “…we estimate close to 10 projects with c. 2,583 units in total will hit the market in the coming weeks, and a further 15 projects (c.9,000 units) thereafter. Strong pre-sales from these projects will be strong catalysts to drive developer stocks higher”.

The DBS report is similar to the Bank of Singapore research which was released in January this year. It predicted that demand for Singapore’s residential real estate from foreigners is expected to return this year. The research said that demand for properties this year will be backed by the positive market sentiments, improved leasing situations and a price recovery.

Foreign property buyers view the Singapore property market as a more affordable option for real estate investments, especially when compared to other major global cities, but they had been deterred in previous years by property cooling measures such as the Additional Buyer Stamp Duty (or ABSD) of 15 per cent imposed on foreigners investing in Singapore properties. Only 5.6 per cent of the total number of transactions last year were concluded by foreign property buyers  versus a long-term 18-year average of 8.7 per cent.

But recently countries (and jurisdictions) like Taiwan, Hong Kong, Canada and Australia have increased transaction costs for foreigners looking to acquire property in their countries.

The catching up in cooling measures by these countries has made the Singapore property market more attractive to investment by foreign property buyers once again.

Head of Strategy at BOS, Mr Eli Lee, said in January that the bullishness in Singapore’s property market has been mainly driven by local buyers, but that he is expecting foreign purchasers to return (especially in the the high-end residential properties segment) and provide a significant boost to the real estate sector.

He expects the Singapore private home prices to rally 3-8 per cent this year, supported by a 5-10 per cent recovery in rentals. The bullish en bloc market, coupled with the government’s neutral regulatory stance, may provide further momentum to the property market.

Mr Lee believes that the high-end residential segment would find itself to be the centre of foreign property buyer interest again. The high-end property market has especially felt the brunt of the Government’s property cooling measures as it is highly dependent on demand by foreigners.

Buyers from China especially have positioned themselves as the top foreign property buyers and investor group in Singapore over the past five years. While Malaysians and Indonesians came in at second and third place respectively. Properties located in the north-east and central regions of Singapore saw the highest level of demand last year from foreigners and Singapore permanent residents. 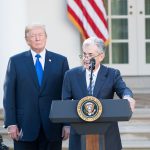