Data released by the Urban Redevelopment Authority of Singapore (URA) on Thursday, 15 October, showed that 1,329 new private homes excluding Executive Condominiums (ECs) were sold in September, up by 5.6% month-on-month (MOM) from the 1,258 units that were shifted in August 2020. On a year-on-year (YOY) basis, developers’ sales rose 4.6% from the 1,270 units (excl. ECs) transacted in September 2019.

Commenting on the genuine home buyer demand which has increased activity for the third straight month, Ms Tricia Song, Head of Research for Singapore at Colliers International, said: “Residential developer sales continued to defy economic gravity in September, as pent-up demand fuelled the third straight month of sales over 1,000 units.”

She added: “This is also the strongest monthly sales since July 2018, which then saw bumper transactions before the cooling measures took effect on 6 July 2018. September’s record sales came mainly on the back of a successful new launch, Penrose. Penrose sold 389 units in September, dethroning The M at Middle Road which sold 380 units in February 2020, to become the best-selling new launch in 2020 to date.”

The best-selling private residential projects in September were:

There were three new project launches in September – Penrose, Verdale and Myra, all located in the city fringe and made up 32.3% of total sales in September (incl. ECs).

Of the new launches, Penrose sold 389 units or 69% of its total 566 units in its first month of launch. Factors for the stellar performance of Penrose would be its city fringe location, its walking distance to the MRT station, and the sweet spot price points of around S$1 million for two-bedroom units and S$1.5 million for three-bedroom units.

Verdale, a 99-year leasehold development of 258 units at de Souza Avenue, sold 44 units or 17% of total units at a median price of S$1,699 psf. This is a decent sell-through rate, given the competition in the vicinity such as Forett at Bukit Timah – which was the best seller in August – Daintree Residences and View at Kismis.

Analysing the September sales which is driven by genuine home buyer demand, Ms Song said: “The strong sales in the last four months since the exit of the Circuit Breaker pointed to genuine demand and confidence in the property market.”

“While this may seem at odds with the economic downturn and rising unemployment, the resilience of the underlying property market can be attributed to the fiscal stimulus including job support schemes, low-interest rate environment and the buoyant public housing market that enables upgraders to afford new private homes.

Commenting on the outlook of the future with genuine home buyer demand increasing, Colliers International said:

“On 28 September, URA announced a clamp down on the re-issuing of option-to-purchase (OTP) to the same buyers of the same unit, by developers.

We expect this to have a slight cooling effect on the developer sales going forward, as it should instil greater financial prudence in making property purchase decisions and prevent some marginal buyers from committing prematurely. This effect is not yet evident in September sales; based on the run rate of some 152 new private homes sold in the first four days of October as well as on caveats downloaded on 14 October, sales are still quite strong. These suggest that there is genuine demand from buyers.

Upcoming major projects in the pipeline include:

With the resilience of the sales and price index up 0.1% year to date at this point, we now expect prices could be flat in 2020.” 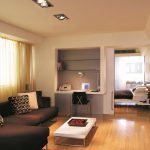 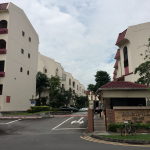