Located in the in the vicinity of the developing Paya Lebar Central, Green Court is expected to benefit greatly from the rejuvenation of the area, slated to be one of the upcoming alternative hubs to the Central Business District (CBD).

Mr Ian Loh, Head of Capital Markets for Land & Building, Collective & Strata Sales, Knight Frank Singapore, shares, “As one of the key areas identified for growth in commercial business and culture, Paya Lebar Central is part of URA’s decentralization strategy in providing alternatives for businesses to move away from the CBD and to create jobs closer to home.

“Given its proximity to the airport, many surrounding amenities and convenience to areas for relaxation and recreation, this bodes well for the live-work-play concept this generation seeks, and particularly in a time when the construct of a workplace is rapidly changing.”

Green Court is a freehold, three-storey commercial and residential development comprising three ground floor shops and six duplex walk-up apartments on the second level. It has a site area of 894.5 sq m (approx. 9,628 sq ft). The current development has a prominent frontage onto Geylang Road, with provisions for eight parking lots.

Under the Urban Redevelopment Authority’s (URA) 2019 Master Plan, the site is uniquely zoned part “Commercial” with a Gross Plot Ratio (GPR) of 3.0, as well as part “Residential” with a GPR of 2.8. This allows redevelopment potential to reach up to a combined maximum permissible Gross Floor Area (GFA) of approximately 28,216 sq ft.

The immediate vicinity is predominantly surrounded by commercial shophouses, apartments and hotels, and is close to retail malls and office buildings at Paya Lebar Central and the Tanjong Katong area.

The owners are expecting offers above their reserve price of S$28 million. Including an additional development charge of approximately S$5.24 million payable to the authorities to maximise the GFA, this translates to a land rate of approximately S$1,178 psf ppr.

Geylang is a planning area and township located on the eastern fringe of the Central Region of Singapore, bordering Hougang and Toa Payoh in the north, Marine Parade in the south, Bedok in the east, and Kallang in the west.

Geylang is known perhaps most infamously as a red-light district, particularly the areas along Geylang Road. Geylang is also where one of Singapore’s oldest Malay settlements, Geylang Serai, is.

Grouped under the Central Region, Geylang Planning Area is bordered by Hougang and Toa Payoh in the north, Kallang in the west, Marine Parade in the south, and Bedok in the east. Beginning in the north and moving in a clockwise direction, the boundaries of Geylang are made up of MacPherson Road, Airport Road, Eunos Link, Jalan Eunos, Still Road, Koon Seng Road, Dunman Road, the Geylang River, Mountbatten Road, Sims Way, and the Pan Island Expressway (PIE).

Geylang New Town as defined by the Housing and Development Board (HDB) sits within the Geylang Planning Area.

Partly untouched by urban projects and developments and so far spared by the gentrification process that has changed the face of Singapore since the 1970s, Geylang’s combination of shophouse scenery and hectic day and night life, including foreign workers quarters and karaoke lounges provides an alternative view of elements the rest of modern Singapore generally does not have. Shophouses along Geylang Road are protected from redevelopment, and many restaurants have sprung up along this major road. Geylang is also known for its durian shops.

The following roads link Geylang with other parts of Singapore:

The following expressways pass through Geylang: 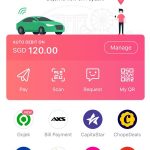 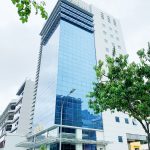