Knight Frank announced on July 14 that it is pleased to be appointed as the exclusive marketing agent for the sale of  commercial property at Suntec City and an industrial building at 58 Bendemeer Road.

Genova Building a corner, 6-storey light industrial building prominently located at the junction of Bendemeer Road and Jalan Lembah Kallang, within Kallang Industrial Estate. Built in 2003 with a modern, corporate finish, the building comprises a showroom with a mezzanine floor, warehousing and production areas, as well as office spaces. It sits on a land area of 6,060 sq ft and has a gross floor area of approximately 17,854 sq ft. Under the Master Plan 2019, the land is zoned Business 1 with a plot ratio of 2.5. Unique to the building are its generous ceiling heights across floors, standing at the 8 metres on the ground floor and 6 metres on several other floors. The spacious loading and unloading bay can also accommodate 40-foot vehicles.

Other prominent properties in the vicinity include Luzerne Building, Hyflux Innovation Centre and Kian Hua Building. Also conveniently situated close by are both Boon Keng and Bendemeer MRT stations.

Mary Sai, Executive Director, Capital Markets (Strata Sales), Knight Frank Singapore, observes, “Smallish industrial buildings within the city fringe that can be employed for both corporate offices whilst housing light manufacturing or warehousing uses are few and far between. With e-commerce flourishing globally, the need for warehousing spaces in convenient locations are increasingly sought after.”

The guide price for Genova Building, which has a balance lease of 44 years, is S$12 million to S$13 million. The sale of the property via an Expression of Interest exercise closes on 20 August 2020, at 3pm.

Located on a high floor, the commercial property, a strata office unit at Suntec Tower 1 has great city views and partial sea views. It has a floor area of 3,897 sq ft, is column free and also regular in shape, allowing a possible partitioning into two smaller offices. The commercial property also has two separate entrances. As more work from home during the cautionary Covid-19 period, smaller offices in the Central Business District have grown in popularity, given its easy accessibility and locational attributes that afford the maintenance of a presence in the marketplace.

“Sales of offices in Suntec City have been robust, with at least five transactions recently concluded in Tower 1. The latest unit sold on the 37th storey transacted at S$2,890 psf in May this year, whilst another unit on the 33rd storey in Tower 2 also transacted at a high of S$3,209 psf earlier in January,” notes Sai.

She adds, “The guide price of S$2,900 psf for the subject unit is in line with recent office transactions at Suntec City and is reflective of current market sentiments. The unit is likely to appeal to owner-occupiers and investors, who believe in commercial properties as safe haven assets.” 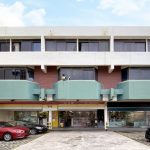 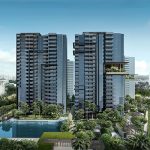