What is the Malaysia Ringgit outlook?

Most if not all currencies in the world are currently Fiat currencies where the value of a currency is backed by the country, and its value is based on the confidence people have in the country.

This begs the question then – Why is it that the United States of America, which runs a huge budget deficit and unilaterally prints lots of currency, the default world reserve currency? One of the reasons is that the USA is almost self-sufficient, as it has design and production capability, technology prowess and the highest military spending, as much as the next 5 countries combined. Another likely reason is that the USA has secured Saudi Arabia as its protectorate. Hence, all oil exported from Saudi Arabia is to be settled in US dollars, giving America the carte blanche to print money backed by oil, a resource that every country needs.  Iraq is another major oil producer that has switched back from Euros to US dollars for oil settlement after regime change.

With the USD used as the common oil settling currency, it becomes necessary for almost every country to purchase USD, which continues to support the value of the USD, despite huge deficit spending. What this analogy seeks to illustrate, hence, is that currency is almost always based on the perception of the financial health and strength of the country’s economy.

Ringgit also is based on Confidence

Malaysia’s currency is no different. It is a Fiat currency based on confidence, which stems from political stability, production capability, fiscal condition, export competitiveness and military power.

Malaysia’s GDP itself is growing at a healthy 4.7 percent (as of Q3, 2015). Malaysia is also registering fairly consistent trade surpluses.

This is not to say there are no problems, Malaysia’s household debt levels are about 146 percent of GDP (according to McKinsey’s Q2 2015 figures), which is very high. The housing market’s prices are also elevated, providing ample fuel for a potential crisis. It also runs a budget deficit that stands at 3.5 percent of Gross Domestic Product (GDP).

At the same time, Malaysia is also facing political uncertainties while economic growth is slowing down.

The value of a currency does not immediately impact the production capability of a nation. Hence I would see it as a form of price distortion if the currency devaluation is not justified.

Did Malaysia become less competitive all of a sudden? The answer is probably no.

However Malaysia also imports petroleum products to the tune of 17 percent of all its imports. The effect of lowered crude oil prices and revenues also results in lower import prices for Malaysia.

It is my opinion therefore, that the weakened ringgit is largely a function of speculative forces at play, coupled with the near perfect timing of political uncertainty, slowing economic growth, weakening palm oil and crude oil prices and an impending credit rating downgrade.

During the 1997/1998 financial crisis, then Prime Minister Dr. Mahathir imposed currency controls. That stabilized the ringgit within one to two years and foreign reserves recovered quickly.

In 1997/1998, Malaysia’s currency was originally free floating, but was later pegged to the US dollar at US$1 to RM$ 3.80 and currency controls was imposed. In 1997/1998 Malaysia’s reserves were much less compared to today. In the post mortem of the 1997/1998 financial crisis, some researchers have pointed out that portfolio funds (holdings by fund managers) invested in the capital markets (stock markets) that led the way in capital outflows. Portfolio funds sold their holdings in the stock markets in large quantities, then exchange their ringgit for US dollars, leading to ringgit devaluation and a series of financial crisis. This is called, Capital Outflow. (The North South Institute, Reference 4)

However if portfolio funds really wanted to preserve the value of their holdings upon exit for maximum gains, they should gradually exit from the markets without causing a share market crash. Hence this potentially points to some levels of mischief.

Prior to 1997/1998, ringgit trading was allowed offshore, even since the 1997/1998 financial crisis, ringgit trading must be done onshore and continues till this day. This reduces some level of speculation. (Bloomberg, Reference 5)

Despite the rapid erosion of Malaysia’s foreign currency reserves, it nonetheless still stands at over 90 billion USD. It would be ample as long as it does not need to be expended in a meaningless defense of its currency. However some foreign reserves are needed to smooth out the fall of the Ringgit to create an orderly decline. Speculators have plenty of leverage to “long” or “short” a market or its currency. These anonymous speculators often include the major banks’ proprietary trading desks, with access to hundreds of billions of dollars and some say even in the low trillions of dollars. They have the ability to bring down a country through currency manipulation.

The currency controls implemented by Dr. Mahathir were therefore a prudent measure to curb speculation.

“The fixing of the ringgit against the US dollar is currently done onshore through a spot fixing mechanism monitored by Bank Negara. The mechanism of fixing the rate onshore or in the domestic market removes certain elements of arbitrage and speculation.” (The Star, Suresh Ramanathan, 8 Aug, 2015, Reference 8) As long as the ringgit is controlled onshore in Malaysia, it cannot be easily manipulated. However there is still another mechanism available to currency speculators – the forward markets.

Forward markets meant for exporters and importers to hedge their risks have become a haven for speculators. A deliverable forward contract traded in the domestic market and settled in ringgit is specifically meant for hedging risks may have been abused.

However, for less internationally circulated currencies, there is another mechanism to speculate the Ringgit, offshore away from Malaysia. This is the Non-Deliverable Forward (NDF), which are traded in Singapore, London and New York. Currencies are deemed over-valued or undervalued against the USD using the implied NDF yield spread. A yield spread of greater than 1 percent indicates weakness against the USD. Banks of financial institutions in international as well as domestic Malaysian markets can then execute these trades. Through this indirect mechanism, speculators can drive down the Ringgit in the NDF market that hurts the ringgit valuation.

“Bottom-line, it’s not the macro view ala top-down that affects the ringgit. It’s the trading arbitrade in the currency that truly plays a significant role for the ringgit’s current predicament.” (The Star, Suresh Ramanathan, 8 Aug, 2015, Reference 8)

I can only conclude then, that the Ringgit is under speculative attacks!

Should I invest in Malaysia?

With the USD growing in strength, with capital in-flows as well as US interest rate hikes, the Ringgit and many emerging economies will come under threat from withdrawal of funds. This might last two to three years as a US economic cycle usually lasts three to four years.

Malaysia needs to find its own steady and safe path. It has a lot of natural resources and food production. After weathering one round of financial crisis, it should have already developed better immunity against speculators this time round.

For foreign investors of Malaysian assets, it is a selective buy as the Ringgit may continue to be attacked. At some stage, currency controls may be re-imposed. Investors should take a five to 10 year view of their investment, when they could possibly be sitting on a recovering Ringgit. It would be good to pick up hard assets such as production capabilities and daily staple related plantations which can better withstand currency fluctuations.

While those holding Singapore dollars, they need to weigh SGD trends against ringgit so as to ensure that they will not lose money after currency conversion. 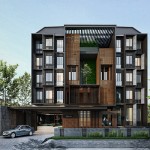 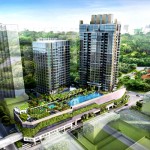