Interest rate charged is the reward for taking the risk on the capital. Interest rate is often referred to as the “cost of funds” or hurdle rate.

If the lender perceives a higher default risk on capital lent out, the higher the interest demanded. The causes to credit risks can come from shocks to the financial system from within the country or beyond. As the world’s financial systems are increasingly interlinked, any credit event far away can increase potential default risk.

The increased demand for funds when it outstrips the supply will also cause interest rates to rise. Genuine demand of funds comes from the industry’s need for investment. Industrywill borrow money for investments if they think their investments returns can better the interest rate. This type of capital demand can help a country increase its productive capacity.

The other types of demand are for household consumption such as housing mortgages, car loans, renovation loans or personal consumption.

A regulator or central bank usually intervenes in the overnight funds market. The effects of intervention then filters through to the rest of the tenures of the interbank lending rate.

If there has been a major project within a country, and this entity is borrowing huge amount of funds within a short period of time. And assuming that the financial institution then borrow from the interbank market, that may cause overnight funds rate to spike for several days to distort the interest rates. In such cases, the bank’s treasury department may then file a notice/report to the regulator informing the regulator of such a transaction. The regulator may decide to intervene by pumping in funds to smooth out the volatility.

When Core Inflation is on an uptrend, it can start to erode purchasing power and real growth. Rise in Core Inflation primarily caused by the economy overheating maylead to intervention via increasing interest rates.

Core inflation can rise when a nation is approaching full employment. Two main factors that contribute to the increase in disposable income are, higher total employment, the other reason is potentially higher wages due to labour crunch.

More disposable incomes can push up prices of goods and material. “Full employment” seems to be around 4% for the US economy. Interest rates may have to rise to cool down the economy.

When a country’s total gross domestic production grows too quickly, it can cause Core Inflation to rise. For example, if a country’s GDP grows by 5% and inflation grows by 6%, this means that the country have negative real growth. When an economy grows at a fast rate, it is usually accompanied by a higher inflation rate as industry clamour for limited supplies of raw materials, and pushes production toward or beyond capacity. If income does not keep pace with inflation, this can cause social unrest. A regulator may hence pull the brakes on the economy by increasing interest rates to cool down the economy. Generally interest rates should somewhat track inflation, i.e. high inflation leads to high interest rates. However interest rates can be kept artificially at a certain level for extended duration of time through intervention.

Note: Many factors are at play and another chapter needs to be devoted to this topic.

As the world’s major economies are increasingly interlinked, policies and regulations in other countries may affect another country. If for instance the global environment is rising in interest rates and going on a reduced risk appetite mode, then all connected economies will be affected competitively. Funds may then move away to seek higher returns via higher interest rates (all factors being equal).

By observation at the Chart of USA overnight fed funds rate versus Sibor overnight rate, we can somehow see that these two economies have a somewhat correlated interest rates movement. It is hard to assess whether it is a matter of competitive pricing, Funds flows or purely some form of pegging.If these two markets are highly correlated, then it would be interesting to know which is the leading indicator and which is a lagging indicator.

The movement of capital across the globe has implications on each country’s economy. Some developing countries have higher percentage of corporate and household debt denominated in foreign currency and therefore at a greater risk from sudden funds arrival and withdrawal from their markets. Money supply in local currency may also suffer from withdrawals of deposits and repatriation of profits to foreign markets.

Exchange rate plays an important part for investorsparking their funds in any country. If the investment currency is expected to weaken significantlyagainst the investor’s base currency, investors may then decide to withdraw their funds from the invested currency.

Interest rates may have to rise when funds become scarce. Alternatively some country’s regulator or banks may have mechanisms to react preemptively to raise interest rates to cushion against a weakened currency by increasing interest rates.

Many countries regulate the economy by varying the interest rates to regulate the speed of the economy. These monetary policy levers are effective for countries with a large domestic economyrelative to trade, such as the USA where trade accounts for 13.5% of the GDP in 2013 (World Bank)

Some countries such as Singapore where trade is 2 to 3 times the GDP, import prices contribute a higher percentage towards inflation relative to domestic prices (Reference 1). Singapore manages its exchange rate to manage import inflation. Hence there may be less impetus for intervening in the interest rates, except as a preventive measure to stabilize exchange rate movements. (Note: While MAS is believed to maintain stability to reduce interest rates volatility through intervention, it is only a presumption that MAS intervenes in the market to set interest rates by itself or via proxies.)

Shocks to the Financial System

Shocks to the financial system (systemic risks) may cause bankruptcies and defaults.

There are many possible shocks to the financial system, just to name a few: –

Quantitative Easing (Printing money) leads to currency devaluation. A currency which is devaluing may need to raise interest rates to slow down its devaluation as compensation to investors for holding the currency. Financial institutions and fund houses with un-hedged cross currency borrowings may end up bankrupt leading to a cascade of possible defaults. (A case being the recent unexpected de-pegging of the Swiss franc to the Euro, which caught many by surprise)

Other Troubled Assets and Toxic Assets
Banks typically hold very little equity and are over-leveraged. Hence asset depreciation or write-downs (in the form of loss of asset value) could make the banks insolvent. Hence the Basel Accord was formed to mandate minimum reserve liquidity in the world’s banking systems (Reference 3). Increase in the minimum capital adequacy ratio (CAR) means that the banks will have less capital to lend out and hence banks may demand higher interest rates.

Excerpt:
The Swiss National Bank (SNB) is leaving the target range for the three-month Libor unchanged at between –1.25% and−0.25%. The interest rate on sight deposits with the SNB remains at –0.75% and the exemption thresholds remain unchanged. Negative interest helps to make it less attractive to hold investments in Swiss francs. Overall, the Swiss franc is significantly overvalued and should continue to weaken over time. The SNB will continue to take account of the exchange rate situation, and its impact on inflation and economic developments, in formulating its monetary policy. It will therefore remain active in the foreign exchange market, as necessary, in order to influence monetary conditions.

The SNB’s conditional inflation forecast has been adjusted substantially downwards compared to the December forecast. Together with the sharp fall in oil prices, the appreciation of the Swiss franc since the minimum exchange rate was discontinued moves inflation further into negative territory for a short period. For 2015, the SNB has revised its inflation forecast downwards by 1% percentage point to −1.1%. Inflation reaches its low point in the third quarter of 2015, at –1.2%. Thereafter, forecast inflation rises more rapidly than in the December forecast, due to the interest rate reductions since the last monetary policy assessment. Nevertheless, in 2016, inflation will amount to –0.5%, which is 0.8 percentage points lower than in the December forecast. Not until 2017 will inflation move into positive territory again, at 0.4%. The conditional forecast assumes that the three-month Libor remains at –0.75% over the entire forecast horizon, and that the Swiss franc weakens.

In December, the SNB expected annual growth of some 2% for 2015. With the appreciation of the Swiss franc since mid-January, this forecast has had to be revised. A noticeable weakening in the economy may be expected, particularly in the first half of the year. For the year as a whole, the SNB now only expects real GDP to increase by just under 1%. Given this weakening, appreciable underutilisation of production capacity may be expected in the short term. Unemployment is likely to increase moderately. The anticipated strengthening in the global recovery will have a supportive effect. 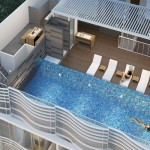 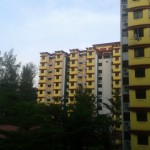