In responding to a parliamentary question on new SERS projects, the Minister for National Development, Mr Lawrence Wong, said that he does not expect many more sites to be eligible for HDB‘s Selective En-bloc Redevelopment Scheme (SERS).

The Minister was asked, “in the past 10 years, what is the number of HDB’s Selective En-bloc Redevelopment Scheme (SERS) projects and the number of dwelling units affected, broken down on an annual basis; and what are the challenges involving SERS projects.”

In responding to the parliamentary question on new SERS projects, the Minister said:

“Since 2010, 8 public housing sites involving about 6,900 sold flats (or an average of 690 sold flats per year) have been announced for the SERS. SERS involves compulsory acquisition and is done only on a limited basis, after taking into consideration various factors such as the redevelopment potential of the site, and the availability of suitable replacement sites nearby to rehouse the home-owners involved. Given these restrictions, we do not expect many more sites to be eligible for SERS. This is why the Government has announced a new Voluntary Early Redevelopment Scheme (VERS) to more systematically redevelop and renew our older HDB towns.”

The Minister announced in March 2017 that HDB flat owners should not assume that all old HDB flats will become eligible for SERS. Wong said that “only 4% of HDB flats have been identified for SERS since it was launched in 1995”, and that “it is only offered to HDB blocks located in sites with high redevelopment potential”.

Wong’s comments on SERS spooked a considerable segment of the HDB flat owners as about 70,000 flats (of the 1-million HDB flats) are more than 40 years old, and almost 10 percent of flats will face lease expiry in 50 years. The Minister’s announcement essentially means that such flats will have zero value once it reaches 99 years and owners will have to vacate their homes. Most owners will see the land their flat was on being returned to the State at the end of the 99-year-leasehold.

In August 2018, the Government said that it will transition to VERS once the SERS limit is reached. SERS is an urban redevelopment strategy employed by the Housing and Development Board (HDB) in maintaining and upgrading public housing flats in older estates.

Launched in August 1995, SERS involves a small selection of specific precincts in older estates which undergo demolition and redevelopment to optimise land use, as opposed to upgrading of existing flats via the Main Upgrading and Interim Upgrading Programmes. Mr Wong, the Minister for National Development said that according to HDB’s estimates, only about 5 per cent of flats are suitable for SERS.

He said new SERS projects will be limited and will run until all remaining sites with high development potential have been cleared. 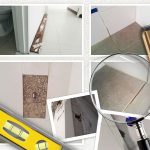 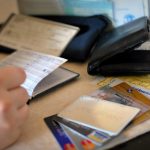