A research report by JLL said that office space demand remains strong in Singapore fueled by flexible space operators. Office take-up in Southeast Asia accelerated over the last five quarters. In 1Q18 office take-up in the region grew by 6.8% year-on-year (yoy). Office demand is well correlated to Gross Domestic Product (GDP) growth in Southeast Asia and is expected to grow by 6% annually in 2018-2021.

Office space demand was the strongest in Singapore and Jakarta, where occupiers moved into new supply. Technology, e-commerce and flexible space operators were key demand drivers. Flexible work space operators expanded by a compound annual growth rate (CAGR) of over 30% in the last three years in Asia Pacific and now take up 2.8% of the occupier office space in Singapore.

The report pointed out that historically, there is a positive correlation between office take-up and GDP growth. In  2014-2016, due to slower economic growth, office take-up in Southeast Asia grew at a slower pace of 5.5% annually, compared to circa 8% annually in 2010-2013.

However, office space demand started to recover from early 2017. Over the last five quarters, office take-up in Southeast Asia accelerated and in 1Q18, office take-up expanded by 6.8% yoy, compared with 3.8% yoy in 1Q17.

The sharpest turnaround in office take-up in the last four quarters came from Jakarta and Singapore. Both markets have experienced high supply growth in 2016-2017 but also strong absorption as occupiers move into the newer buildings from 2017 onwards.

The JLL report noted that smaller tenants moved into some of the vacant spaces while some of the older buildings have been adapted for other uses.

In Singapore, Grade A CBD office net absorption reversed the declining trend of 2015 and 2016 to hit a three-year high in 2017.  The buoyant momentum continued into 2018, wherein the take up in the first three months of the year had already surpassed that for the whole of 2017.

“Much of this net absorption was fuelled by occupiers moving into their premises in recently completed buildings such as Guoco Tower, Marina One and UIC Building. This was, in turn, underpinned by the pick-up in leasing activity on the back of the brighter economic conditions that lifted market sentiment and business confidence and encouraged take-up,” said JLL Singapore head of research Tay Huey Ying.

JLL said office space demand has been broad-based although technology and co-work operators have been particularly active in sourcing for space.  Major leasing deals signed by technology companies in 2017 included Facebook and Grab for  250,000 sq ft and 100,000 sq ft of space, respectively, in Marina One.

Co-working operators capitalised on the availability of space amid competitive rents to expand their footprint to grab market share.  Examples include JustCo’s space in Marina One, Ucommune’s second co-working office in Suntec City and The Great Room’s space in Centennial Tower.

The research report by Regina Lim, Head of JLL’s Capital Markets Research for Southeast Asia, said that the flexible space sector in Southeast Asia is expanding rapidly in line with growth in Asia Pacific.

“From 2014 to 2017, flexible space stock across Asia Pacific recorded a CAGR of 35.7% – much higher than in the United States (25.7%) and Europe (21.6%) over the same period. What initially began as a platform for freelancers and start-ups, flexible space providers are now tailoring their offering to accommodate corporate users. These corporate users are experimenting with co-working with pilot schemes.

In Singapore, flexible work space already take up 2.8% of occupied office space, after growing over 30% CAGR in the last three years. Flexible space appears to be more cost-effective than traditional office space in Singapore. Our initial estimates show that a workstation in a typical flexible space in Singapore could be up to 50% cheaper than a workstation in a traditionally leased office. But co-working space is often much denser than traditional office space. When adjusted for density and like-for-like costs, the cost differentials decrease substantially, or disappear altogether.

In Singapore, when density is taken into account, traditional leases cost only about 5% more than flexible space leases. In Jakarta, flexible work space is estimated to take up about 2% of occupied office space.”

Another factor driving tenant relocation and strong net absorption was the rental cycle. In Singapore and Jakarta, rents had declined since 2015 and are desynchronised from other markets in Asia.

The report said Singapore prime office rents started to recover in 1H2017 and are forecast to rise 20-25% over 2018-2020, the fastest pace of growth amongst global cities. In Jakarta, the pace of rental declined as slowed in 1Q18 and JLL expects rents to recover from 2019, as supply peaks after 2018.

Capital values are expected to be more buoyant than rents in Bangkok over the next few years due to rapidly rising land costs and rising demand for assets from foreign and domestic investors.

An earlier report by JLL noted that in response to growing office space demand, landlords will continue to form joint ventures with coworking operators, or create their own flexible space offerings to meet tenants’ needs.

Meanwhile developers are adapting to what could be a new standard in property development whereby flexible workspace will be an amenity as essential in a commercial building as food and beverage outlets or a gym.

JLL’s report ‘Spotting the opportunities: flexible space in Asia Pacific released in May noted: ’“Joint ventures or management contracts between landlords and flexible space operators are likely to become more common. Recent academic research suggests the joint venture model is the best choice for expansionary co-working operators and investors who want to participate in the market.

“Some major landlords in Asia Pacific are also moving to create their own flexible space offerings. Doing so can add value to their buildings, and maintain or even extend their relationships with tenants by offering a diverse portfolio of core and flex space to meet their changing needs. Some examples of landlords pursuing this strategy include Swire in Hong Kong, Ascendas in Singapore, Dexus in Australia and Mitsui Fudosan in Japan.”

If you are hunting for office spaces, our Panel of Property agents and the mortgage consultants at icompareloan.com can help you with affordability assessment and a promotional home loan.

The services of our mortgage loan experts are free. Our analysis will give best home loan seekers better ease of mind on interest rate volatility and repayments. 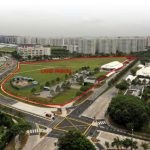 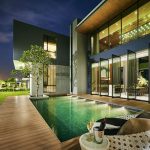