Freehold commercial development at Joo Chiat Road and Koon Seng Road for sale by public tender with an indicative price of $34 million, or approximately $1,627 psf on GFA

JLL announced on March 10 that it is is proud to present for sale JK Centre – a part 2-storey, part 5-storey commercial development, completed circa 2011. The development is currently being held under a single title.

The freehold 8,491 sf site is zoned “Commercial” with an estimated gross floor area (“GFA”) of 20,895 sf. It is located within the Joo Chiat Conservation Area under the Master Plan 2019. The building houses a supermarket on the ground floor, retail units on the second level and office units on levels three to five.

Nestled in the Joo Chiat / Katong heritage precinct, the freehold commercial development is located in one of Singapore’s most vibrant neighbourhoods, characterised by its strong Peranakan influence reflected in both the architecture of the shophouses as well as the various Peranakan restaurants in the area.

Designated by the National Heritage Board in 2011 as Singapore’s first Heritage Town, the Joo Chiat area has been through extensive rejuvenation over the last decade before transforming into a popular F&B and lifestyle destination.

Mr. Tan Hong Boon, Executive Director, Capital Markets, JLL, said: “Given its highly coveted freehold tenure and prominent corner location with double frontages, JK Centre presents investors with a rare opportunity to own a flagship building with excellent visibility and naming rights. In addition, the property’s commercial zoning also means that there is no Additional Buyer’s Stamp Duty payable on the property and no foreign ownership restrictions.”

He added, “Along Joo Chiat Road itself, we have observed a few co-working and co-living spaces being established. They include Hmlet’s co-living spaces at 339 and 467 Joo Chiat Road and Spaces, which is set to begin operations of its co-working space this year at 292 Joo Chiat Road, directly across the road from JK Centre. Similarly, there is potential for the incoming investor to capitalise on more intensive leasing activities and/or higher value uses to enjoy a higher rental and capital upside.”

The indicative price for the freehold commercial development is $34 million reflecting $1,627 psf on the estimated GFA. The tender for JK Centre closes on Wednesday, 15th April 2020 at 3.00 p.m.

Joo Chiat Road is an arterial road and a residential conservation area in the eastern part of Singapore, and is located between Geylang Serai and Marine Parade Road. In 2011, the vicinity surrounding Joo Chiat Road was declared Singapore’s first Heritage Town. It is chosen, in part, because of strong efforts to promote its Peranakan culture.

In 1993, the area around Joo Chiat Road was gazetted as a conservation district. As a result, shophouses and bungalows reflecting the typical architectural styles of the turn of the twentieth century have been preserved, as well as many unique and straits eclectic style Chinese shophouses which give the area its true flavour. The area is also known for eateries specialising in Peranakan delicacies.

There are famous eateries which contribute to Joo Chiat’s popularity as a dining spot. There are various Vietnamese, Chinese and western restaurants, a multicultural food enclave, not just a Peranakan enclave. The restaurants and various eateries along the street are of varied cuisines but perhaps one particular cuisine stood out – Vietnamese. Joo Chiat has been known for being a “Little Vietnam”. There is cluster of Vietnamese restaurants, as well as Vietnamese grocery store, which were opened to serve the Vietnamese community in Singapore.

As the Kampongs in Geylang made way for HDBs, a museum to showcase the life of Malays was proposed in the 70s. This museum, Geylang Serai Malay Village, was completed in 1989 and located at the start of Joo Chiat Road. The period also saw many more buildings for retail purposes such as Galaxy Complex, Katong Mall, Roxy Square and Paramount Shopping Centre. During the late 90s and early 2000s, more schools and churches were built at the outskirts of Joo Chiat area, presumably for the larger community there.

One report said investors looking for alternatives to park their money in the wake of property cooling measures, would divert their attention to the strata office and shophouse markets as they are not subjected to this round of purchase or sales restrictions and encumbrances.

Properties such as the freehold commercial development pair may be bought under personal name, but total debt servicing Total Debt Servicing Ratio (TDSR) will apply on the individual’s income on such purchases. To buy a commercial or industrial property under company name, total debt servicing ratio TDSR also applies on the individual director’s income if the company is an investment holding company or an operating company that is loss-making or does not have sufficient cash flow to servicing the repayment.

Buyers or investors who are interested in the freehold commercial development should consider approaching a mortgage broker who will be able to guide them through the best commercial loans that are available for the purchase of the prime properties. 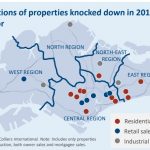 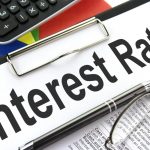