Phoenix Residential Pte Ltd and Phoenix Commercial Pte Ltd, both 70:30 joint ventures between Allgreen Properties Ltd and Kerry Properties Ltd, launched their 487-unit Pasir Ris 8 integrated development on 24 July. The launch weekend saw a total of 415 units being taken up by the close of the day, making the take-up rate stand at over 85 per cent.

“There was a good spread of take-up across all the various unit types with the strongest interest displayed particularly for the two-bedroom units,” he added.

Mr Paul Ho, chief officer at iCompareLoan, said: “the high take up rate is expected as both Allgreen and Kerry Properties have good track records, both for the local and overseas projects. Many buyers trust in the quality of their workmanship in the projects they undertake.”

Pasir Ris 8 is part of a key integrated development in the remaking of Pasir Ris New Town. It is connected to Pasir Ris Mall, Pasir Ris MRT and bus interchange. All these factors would have also drawn buyers’ interest. Property agents who spoke to iCompareLoan said that the buyers buyers were mainly HDB upgraders, but that there were some investors as well.

On July 23rd. Allgreen sold 79 units of its Pasir Ris 8 project to staff and purchasers of multiple units at its VIP preview.

Pasir Ris 8 is part of a mixed-use development project comprising of 487 residential apartments (known as Pasir Ris 8) integrated with a four-level retail podium that has a net lettable area of about 268,000 square feet.

This is the maiden green loan for both Allgreen Properties Ltd and Kerry Properties Ltd, with DBS and OCBC Bank acting as Joint Green Loan Advisors. DBS, Maybank and OCBC Bank are Joint Mandated Lead Arrangers, while OCBC Bank is also Facility Agent, Security Agent and Account Bank for this transaction.

HDB announced in April 2017 that its ‘Remaking Pasir Ris’ plans would feature refreshed town centre, upgraded parks, as well as new houing by the park. Known for its beaches, parks and recreational facilities, Pasir Ris will retain all these and more, even as it is rejuvenated under the ROH programme. The proposals for Remaking Pasir Ris is aimed at reinvigorating this urban sanctuary, and are focused on four key strategies:

Under the Remaking Pasir Ris plan, the Pasir Ris Town Centre, located at the heart of the town, will be transformed into a vibrant hub with the development of a new mixed-use commercial and residential development. To be integrated with a bus interchange, the new development will offer seamless connection to public transport services and a wide range of commercial facilities, all under one roof. The new bus interchange will also be designed to incorporate a new dedicated pick-up and drop-off area for full-time National Servicemen (NSF) undergoing military training in Pulau Tekong.

The Remaking Pasir Ris plans will also see the town centre being transformed into a lively community hub and the history of Pasir Ris (along with the early stories of the town) being preserved through a Heritage Garden.

The ambitious plan will also see Pasir Ris Park and Beach – popular recreation spots for residents and visitors alike – being rejuvenated with more recreational facilities and play spaces to improve the overall beach experience. These will include more sand play areas at Pasir Ris Beach to encourage family and community activities, and upgrading of the existing pavilions and toilet facilities in Pasir Ris Park.

The Pasir Ris Town Park, which houses a fishing pond familiar to the residents, will also undergo a makeover under the Remaking Pasir Ris plan. With the makeover, residents can look forward to new dining options in the park, with the completion of a new hawker centre later this year.

In addition, residents can also look forward to a better overall walking and cycling experience throughout the town, with enhancements at three key connections, i.e. Central Greenway, Nature Ways, and River Ways. 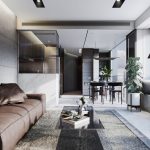 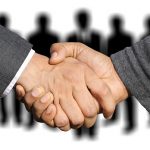