Several proposals from design professionals and students innovatively re-imagined Paya Lebar Air Base (PLAB) and nearby industrial estates as a new town primed to meet the needs of the future, and landed the top prizes for the ‘Runway For Your Imagination’ ideas competition. Members of the public will be able to view these winning entries on the Urban Redevelopment Authority’s (URA) website. Launched in January, the ideas competition was organised by URA in partnership with the Singapore Institute of Architects (SIA) and the Singapore Institute of Planners (SIP). It sought ideas from the public on how the Paya Lebar Air Base site and surrounding industrial estates could be transformed into a highly liveable and sustainable new town that builds on its unique aviation history.

The winning entries comprised thoughtful proposals that recognised and celebrated the heritage of the area as Singapore’s second international airport, while advocating forward-looking bold and innovative designs that addressed challenges such as food resiliency, ecological sustainability and fostering community.

Meanwhile, students taking part in the annual Challenge for the Urban and Built Environment (CUBE) workshop and competition in November last year, also proposed ideas for the former airport buildings. Teams from Anderson Serangoon Junior College, Dunman High School and Temasek Junior College clinched the outstanding awards. Organised by URA, the workshop and competition saw many young minds from local Pre-University institutions come together, to envision and create plans for the former airport to be transformed into a community of the future.

“The development of the PLAB site is a major long term undertaking, and offers us an excellent opportunity to involve diverse segments of the population to re-imagine how we can build a sustainable and delightful town that meets our future needs. Even in these challenging times, I’m encouraged by the well-thought-out proposals we received from our partners in the professional community and youths. These creative concepts and proposals will help us develop a compelling and inclusive vision for this future space,” said Lim Eng Hwee, Chief Executive Officer of URA.

Co-creation with the community
Moving forward, URA will partner with SIA and SIP to involve more local architects and planners to explore various concept ideas and precinct designs for Paya Lebar Air Base, taking into account the opportunities and challenges in a post-COVID 19 world. This collaboration is slated to culminate in an exhibition next year to seek public feedback on the proposed concepts and ideas. This series of initiatives, which began with the unveiling of broad plans in the Draft Master Plan 2019 exhibition, and includes the ideas competition, SIA-SIP partnership and subsequent exhibition, lays the foundation to co-create with the private sector and members of the public to jointly shape the planning vision, broad strategies and desired outcomes for Paya Lebar Air Base as a community of the future, with new ways to live, work, play and move.

“The winning entries offered creative solutions and ideas which displayed clarity of thought drawn from complex layering, comprehensive analyses, and contextual sensitivity. They merit consideration and provide inspiration for further cultivation. The joint SIP-SIA team looks forward to collaborating with URA on the master plan for PLAB in the next stage,” said Wilfred Loo, President of SIP.

“We are enthralled by the quality and boldness of the winning ideas by the participants in re-imagining PLAB, transforming this precious piece of our urban fabric, enriched with unique contextual and historical significance, into future sustainable, productive and inclusive urban ecologies. Riding on these creative energies, SIA looks forward to partnering URA and SIP, engaging our local talents, and co-developing the PLAB master plan. Through this endeavour, we hope to bring forth a slice of our collective aspiration and excitement of future Singapore closer to fruition,” added Seah Chee Huang, President of SIA.

With the relocation of Paya Lebar Air Base from 2030s onwards, the airbase and its surrounding industrial developments can progressively be transformed into a highly liveable and sustainable new town. URA’s plans will build on the unique identity as a former airport and airbase.

Paya Lebar Air Base is a military airbase of the Republic of Singapore Air Force (RSAF) and the United States Air Force (USAF) located at Airport Road in Paya Lebar, in the central-eastern part of Singapore. The airbase goes by the motto of Strength Through Readiness.

Originally built in 1954 as Singapore International Airport to replace Kallang Airport, control of the airport was transferred to RSAF in 1980 when it was renamed Paya Lebar Air Base, following the relocation of the civilian airport to Changi.

The airport was built from 1952 to 1955, and opened on 20 August that year by the Secretary of State for the Colonies, Alan Lennox-Boyd. The architect for the project was J. J. Bryan, a public works engineer with experience constructing airports in Malaya and India.

Paya Lebar began to be gradually converted into a military air-force base from late 1967 onwards. During that year, an Air Movement Centre was constructed to handle passengers and cargo arriving on Republic of Singapore Air Force, and Ministry of Defence charter flights and foreign military aircraft. The original terminal building (painted green), maintenance hangar and control tower are retained. Access to terminal and hangars are off-limits closed off by a wired fence. It became a complete military airbase in 1981 when Singapore Changi Airport was opened and was subsequently renamed as Paya Lebar Air Base (PLAB) in the same year.

The airbase will be relocated from 2030 onwards. Expansion works are ongoing at Tengah Air Base and Changi Air Base to prepare for the eventual relocation of RSAF’s assets after the closure of the airbase. 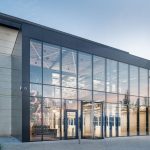 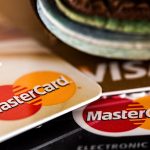