On 6 May 2020, the Ministry of National Development announced temporary relief measures for property developers and individuals affected by the disruption of construction schedules and sales of housing units as a result of the circuit breaker from 7 April to 1 June. The government said that it will ensure that private residential prices are aligned with economic fundamentals. Meanwhile, the other existing residential property market cooling measures remain in place. The measures will take effect immediately.

The application for the extension of Project Completion Period (PCP) and/or sales period for projects under the Qualifying Certificate (QC) regime was the second round of relaxation introduced in these three months and is intended to bring some relief to real estate players.

On 6 Feb 2020, the Ministry of Law and Singapore Land Authority announced that some listed property developers can apply to be exempted from the QC scheme. The qualifying criteria stipulated by the Land Dealings Approval Unit include:

The Ministry of Law announced on 6 February 2020 that listed property developers “with a substantial connection to Singapore” is now allowed to be exempted from the QC regime.

The real estate players are required to fulfil the following criterias:

Changes will be implemented with immediate effect and reflected in legislation later this year. Some Singapore-listed housing developers can now apply to the Controller of Residential Property to be exempted from the QC rules.

This exemption is advantageous to the developers who qualify because it removes the administrative burden of applying for QC and fee payment each time they buy a residential site. It will free them from the conditions imposed under the QC which includes extension charges if they cannot meet stipulated deadlines to complete developing their projects and selling all the units, as well as the prohibition against the leasing of dwelling units comprised in the housing development after the temporary occupation permit is issued.

This does not change the existing property market cooling measures, which were put in place to keep private residential property price increases in line with economic fundamentals. All housing developers continue to be subject to the prevailing Additional Buyer’s Stamp Duty (ABSD).

In the latest parliament debate, it was added that the ABSD timeline will be reviewed on a case-by-case basis if the need arises.

The QC exemption might bring some relief to listed property groups which purchased large, privatised HUDC estates and prime freehold sites during the en bloc fever from 2017 to first half of 2018. Qualified developers who fail to sell their projects within two years of completion will be exempted from the penalty payments of the QC regime.

Real estate players like List Sotheby’s International Realty (List SIR) welcomes the Government’s initiative to help them in this time of crisis. List SIR said: “it is encouraging that the government has taken a pro-active approach by extending timelines now instead of waiting till the deadline-crunch reaches a peak. These measures will give some buffer time to developers to sell their residential units as it is foreseeable that even when the circuit breaker is lifted in due course, social distancing measures remain and the economic malaise will weaken buyer sentiment.”

As Real Estate Developers’ Association of Singapore (Redas) aptly responded to the government’s initiative: “Given that the COVID battle is still very volatile and likely to be long-drawn and coupled with major disruptions and economic fallout both in Singapore and globally, we hope the government will continue to monitor the situation closely and provide flexibility to assist the built environment sector return to normalcy.”

Mr Paul Ho, chief mortgage officer at iCompareLoan, said: “the relief measures announced by the Government will certainly bring some comfort to the real estate players. The property sector was already being disrupted by technology before we were hit by the Covid-19 crisis. The pandemic will only hasten the pace of the technological disruption in the property sector.”

He added: “The real estate players must be far sighted and see how they need to adapt to this changing landscape. We can use the lull in the business at this time to scale up and get ready to meet the challenges of the new economy. Real estate players who still want to play by the old rules will lose out in the rapid technological changes which are sweeping the industry.” 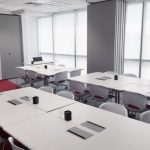 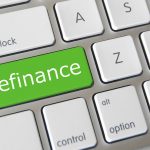