With signs of progressive economic recovery in sight, private home activity continued on an upward trend for five consecutive months to reach 1,329 units transacted in September 2020.

Following the reopening of the economy and the resumption of showflat viewings in June, pent-up demand arising from the circuit breaker drove sales in Q3, which more than doubled from Q2’s 2,664 units to hit 7,048 units, which was 22.3% higher year-on-year (yoy).

Ms Ong Choon Fah, chief executive officer of EDMUND TIE, said: “Amid a low interest rate environment, coupled with volatility in equity and other asset classes, real estate presents itself as a choice option for investors seeking a stable store of wealth with the potential to appreciate over the long term.

“Confidence in the market after the past few months of price recovery and sales would have also have played a role in encouraging demand from homebuyers, including HDB upgraders.”

According to the URA All Residential Property Price Index (PPI), private home activity lifted after overall private home prices rose for the second consecutive quarter by a larger 0.8% quarter-on-quarter (qoq) in Q3 2020, after 0.3% in Q2 2020.

Mr Lam Chern Woon, EDMUND TIE’s senior director of research and consulting, added: “With the low cost of credit and improving sentiment, homebuyers’ demand in the third quarter was forthcoming but buyers remained price-sensitive, resulting in robust market demand for projects with attractive pricing and good locational and site attributes.” Projects that enjoyed high sell-through rates included Penrose, which saw some 60% of units sold over its launch weekend in September, while another development, NoMa, had 36 of its 50 units sold. Homebuyers and investors were largely interested in the smaller units which had more affordable price tags – most of the units sold in Penrose, for example, were the smaller 1- and 2-bedroom units, with price quantums mostly below $1m.

As many travel restrictions remained in force – limiting both incoming and outgoing travel – purchases by Singaporeans accounted for the bulk of the non-landed residential sales, making up 80% of total transactions for the private home activity in the quarter. The proportion of foreign purchases (excluding permanent residents), on the other hand, declined further for the third consecutive quarter to 4% in Q3 2020.

However, in terms of absolute volume, purchasers of all residential status surged, owing to the pent-up demand and growing confidence in the market. For example, mainland Chinese buyers, who made up the bulk of non-landed purchasers in Q3 2020 at 21%, purchased 252 units, which was almost double of the 133 units in the preceding quarter. Likewise, purchases made by Malaysians more than doubled from 59 units in Q2 2020 to 137 units.

Also riding on the improving property climate and the lifting of private home activity was the resale market, which enjoyed better profitability after an unprecedented economic downturn in Q2 2020. The proportion of loss-making transactions declined to 15.9% in October 2020 from 17.0% in September 2020, excluding the effects of transaction or financing costs. During the months of April to July 2020, which covered the Circuit Breaker and its aftermath, the proportion of loss-making transactions ranged from 17.7% to 21.9%.

Mr Lam said: “The improving figures suggest that the volume of distressed sales may be contained in the near term, but this is a situation that needs to be closely monitored as the temporary Covid-19 policy stimulus and support measures gradually unwind over the course of next year.”

“While the present situation appears relatively benign, we need to be mindful that things could evolve quickly and the profitability of the purchase will only be determined upon future sale,” commented Ms Ong.

While the residential market as whole gathered momentum till September, transaction volumes however dipped in October, as the market reacted to the new regulatory policy clamping down on the re-issuance of options-to-purchase (OTPs).

Mr Lam said: “Notwithstanding the market’s reaction to the new OTP policy, we anticipate that the impact will moderate as homebuyers better manage their finances and adjust to the new regulation. In the meantime, new sales are still expected to be supported by genuine demand from homebuyers who are in relatively better financial positions.”

“Additionally, given limited travel opportunities and with developers maintaining their launch momentum, we expect demand from local homebuyers to support residential activity in November and December,” he added.

Mr Paul Ho, chief mortgage officer at iCompareLoan, said: “although the private home activity was lifted in the the third quarter, it sort of fizzled in the month of October.”

With the fizzling of the pent up private property demand, private home sales (excluding ECs) year-to-October to 8,021 units, fell 4.5% below the 8,401 units sold in the first 10 months last year. 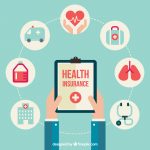 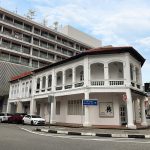