Knight Frank Singapore announced on 23 November that it is pleased to offer a pair of freehold, adjoining, 2-storey shophouses with attic located next to Outram Park MRT station, for sale via Expression of Interest (EOI). The owners are expecting offers in excess of S$35.0 million.

44 & 46 Bukit Pasoh Road are located across from Ee Hoe Hean Club, one of the oldest Millionaire Clubs in Singapore, as well as Straits Clan, a recently established modern private members’ club at the junction of Bukit Pasoh Road and Teo Hong Road. The ground and second floors of the freehold adjoining shophouses are currently tenanted to two renowned restaurants, while the top-floor is available for lease.

Nestled amongst a charming street of carefully preserved conservation shophouses, the freehold adjoining shophouses enjoys prominent frontage alongside popular F&B establishments including Zen, Restaurant Kin, Clan Café, Live Twice and Humpback. It is also located next to the entrance of the Outram Park MRT Interchange, which serves the North-East Line, East-West Line and the upcoming Thomson-East Coast Line.

Subject to authorities’ approval, the freehold adjoining shophouses could also be potentially converted into a hotel.

The guide price for the freehold adjoining shophouses is S$35 million, which works out to S$3,473 psf on the built-up area.

Mr Ian Loh, Head of Capital Markets for Land & Building, Collective & Strata Sales, Knight Frank Singapore, comments, “Commercial conservation shophouses, particularly in prime central locations, hold great appeal to investors due to their rarity, as they are often tightly held. As no Additional Buyer’s Stamp Duty is imposed on commercial shophouses, they are open to both local and foreign purchasers.

“We have seen demand grow for shophouses in prime Districts 1 and 2 since Singapore exited the circuit breaker in June 2020, even as many seek safe haven assets in a stable environment. Over the last few months, we’ve received a steady stream of enquiries from high net worth families, investors and end-users, which has translated to the completion of several shophouse transactions.”

Bukit Pasoh Road is a road in Tanjong Pagar within the Outram Planning Area of Singapore. The road starts from Neil Road which is one way, but becomes two ways, when the road forks out into two parts, with one becoming Teo Hong Road, with both roads ending at New Bridge Road. The road is mainly lined with conserved shophouses and houses a high-end boutique hotel known as the New Majestic Hotel.

The place got its name from the Ali Baba jars, the tong or pasoh used to store rice or water in homes. There were many kilns in the 19th century that made these pots, bricks and tiles in Telok Blangah, Silat Estate and Bukit Merah. A part of Bukit Merah was known as Brickworks in the past, due to the number of brick factories in that area.

The road and its vicinity is a conservation area known as Bukit Pasoh Conservation Area, which is bounded by New Bridge Road, Keong Saik Road, Kreta Ayer Road, Neil Road and Cantonment Road. This area was given the conservation area status on 7 July 1989. The shophouses mainly consist of two and three storey shophouses in transitional, late and art deco styles.[

Mr Paul, chief mortgage officer at iCompareLoan, said that “although the Covid-19 circuit breaker makes real estate sales difficult at the moment, the refurbished conservation shophouses are in a good location and is hard to come by.” Mr Ho believes smart investors who are flush with cash, will resort to value hunting instead of choosing residential properties which are still selling at unbelievable prices.

Mr Ho believes that value buys in the property market right now are are landed inter-terrace houses which’s per square feet price on the built-up area is usually less than $1,000 and commercial properties.  But Mr Ho cautioned that the bigger challenge for buyers of commercial property is securing the best commercial loans.

The requirements for a commercial loan, however, are more stringent. For example, the LTV ratio is contingent on whether the property is for owner-occupation or investment, with the latter subjected to stricter criteria by some banks. The next section explains the approval conditions in greater detail. 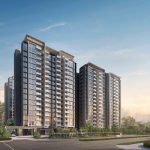 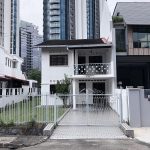