Private home prices rose at slower pace in Q4 2019, rising by 0.5% compared to the 1.3% increase in the previous quarter. This was slightly higher than the initial forecast of a 0.3% growth in the flash estimates which were released earlier this month.

Looking at the statistics for the three regions, we could perhaps infer that the difference between the actual figures and flash estimates may be due to better prices achieved in the Core Central Region in both the primary and resale markets in the last two to three weeks of the year. (CCR prices fell at a slower pace of 2.8% in the actual data vs. 3.7% decline in the flash estimates, which tracked transactions in the first 10 weeks of the quarter.)

For the whole of 2019, private home prices rose 2.7%, representing the third straight year of increase. However, the pace of price growth has eased substantially  from the 7.9% increase in 2018.

Noting that private home prices rose at slower pace in Q4 2019, Colliers International said, “to this end, we believe the government has successfully brought the housing market to a soft landing via the July 2018 measures. Based on our observation, there is no over exuberance in the market and buyers remain very price sensitive, which will rein in developers’ ability to hike prices sharply.”

For the whole of 2019, developers sold 9,912 private residential units, 12.7% more than the 8,795 units in the previous year, reflecting the acceptance of the cooling measures in July 2018 and the resilient genuine demand.

For 2019, we estimate 18 projects with a total 3,045 available units were launched in the CCR and the take-up rate (of the total available units) was 20%. The slower take-up rate could be due to the larger ticket size of the units, notwithstanding most are also launched at benchmark prices in their vicinities.

We believe the decline is due to the high base achieved in new launches in Q3 2019 for new launches such as Avenue South Residence, One Pearl Bank, Meyer Mansion, The Antares, Uptown@Farrer, and View at Kismis.

We believe the growth in OCR prices in Q4 was mainly due to the good reception of Sengkang Grand Residences, as well as steady progressive take-up at earlier launches. Meanwhile, some earlier launches such as Treasure at Tampines and Florence Residences continued their progressive take-up.
We estimate 13 new projects with a total of 7,782 available units were launched in the OCR in 2019, and the take-up was a decent 32% by end-2019.

“To ensure the property market remains healthy, we believe the government will keep the existing property curbs in place, with little chance of unwinding any measures, barring a severe economic downturn.

We are of the view that the property market is sustainable and home sales should be fairly resilient in 2020, owing to several factors: improved economic outlook (Oxford Economics projects that the Singapore economy could grow by 1.4% in 2020); stabilising global growth; favourable interest rate environment; genuine demand for homes; tight labour market; and relatively healthy household balance sheet.

For the whole of 2020, we project that developers could sell about 9,800 new homes (excl. ECs), relatively similar to the number of units transacted in 2019. Meanwhile, we expect private home prices could grow by 3% in 2020, tracking the recovery in economic growth.

We estimate that there would be 44 new private residential project launches (excl. ECs) in 2020, fewer than the 50 (excl. ECs) launched in 2019. Of the 44 launches this year, about 45% of them are in prime locations in the Core Central Region (CCR). With fewer launches in 2020, we would expect buyers to dip into earlier launches for more diverse choices and homes that would fit their budget.” 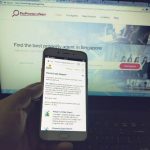 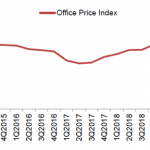