Singapore’s non-landed private residential sales continued to grow for the second consecutive quarter, with new sales in Q3 2019 reaching 3,198 units, up 49.2 per cent from Q2 2019.

“The injection of ample supply last quarter, amounting to some 6,900 units islandwide, provided home seekers with abundant options and in tandem with competitive pricing, outstanding design and good locational attributes, catalysed a substantial volume of conversion. private residential properties’ demand was project specific and uneven across the market.”

The surge in private residential properties’ demand was mainly attributed to projects such as Parc Clematis, Piermont Grand, Avenue South Residence, Treasure at Tampines, One Pearl Bank and The Florence Residences, she added.

The Outside Central Region (OCR) drew the crowds in Q3, recording a quarter-on-quarter (q-o-q) growth of 67 per cent and accounting for nearly 47 per cent (or 1,492 units) of the total sales volume.

The most popular apartment sizes ranged from 500 sq ft to 1,000 sq ft, and at prices between $1m – $1.5m, units remained affordable for young households or singles, as well as for investors and upgraders with modest capital outlays.

“While the general outlook remains relatively cautious, the underlying demand is resilient,” said Ms Ong, “with confidence in Singapore properties as a reliable asset class that can be held over the long-term.”

With Singapore’s reputation as a safe haven for property investment, the Urban Redevelopment Authority (URA) non-landed price index has in fact been on the uptrend since late 2017, while land sales for Q3 has doubled quarter-on-quarter (q-o-q) to $1.9bn as developers continued to replenish their land banks.

“Internally, Singapore is backed strong economic fundamentals, as well as sound fiscal and monetary policies” Ms Ong continued. “Externally, good progress made on the RCEP – in conjunction with the upcoming CPTPP and our extensive network of FTAs – will secure our position as an important node on the global network. This will help mitigate some of the risks that an open economy like Singapore faces and foster confidence for long-term investments, which includes home ownership.”

Figures released by the Urban Redevelopment Authority showed that developers sold 928 new Singapore private homes (excluding Executive Condos) in October 2019, easing by 26.9% from the 1,270 units transacted in the previous month as launches declined 48% month-on-month to 892 units.

However, Singapore private homes sales rose markedly by 84.9% from the 502 units shifted in October 2018, where there were fewer attractive launches and as prospective buyers contemplated their options following the introduction of new cooling measures in July 2018.

Commenting on the Singapore private homes for October, Colliers International said, “firm prices at new launches appear to have driven some buyers to look at projects that are already on the market. Several previously launched projects continued to sell units at a relatively steady clip in October, with Parc Esta and Treasure at Tampines topping sales performance during the month.”

Orange Tee commenting on the same set of data by URA noted, “On a per square foot basis, the number of private homes (excluding bulk purchases of more than 1 unit) sold above S$2,500 psf has also reached a ten-year high with 844 units being transacted from January to October 2019. In October alone, 186 units were transacted above S$2,500 psf.”

It added: “Luxury properties in Singapore remained popular among both locals and foreigners. Singaporeans (72.7 per cent or 133 units) accounted for the lion’s share of non-landed new home purchases in CCR in October. The number of new luxury non-landed homes bought by foreigners (non-permanent residents) in CCR continued to rise with 36 units inked last month. For the first ten months of this year, foreigners bought 173 new luxury non-landed homes. This is higher than the number sold in the first ten months of 2016 (160 units), 2017 (150 units) and 2018 (161 units).”

“Luxury home sales volume is poised to rise further as there will be a number of high-profile luxury projects slated to be launched in early 2020 including One Holland Village (Holland Road), The Avenir (River Valley Close), The Atelier (Makeway Avenue), Van Holland (Holland Road) and a new project at Kampong Java Road.” 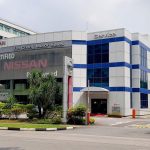 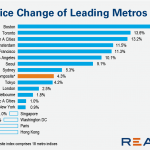