Speaking at the Real Estate Developers’ Association of Singapore’s property market update seminar, its President suggested that the new property cooling measures introduced by the Government could worsen the high supply situation of private residential units in Singapore.

The Association’s President, Mr Augustine Tan, noted that property market sentiments were altered and the enthusiasm which was trending upwards was curbed after the Government announced the property cooling measures.

Mr Tan said: “With improved market sentiments, home prices gained 1.1 per cent in 2017, compared with the 3.1 per cent decline in 2016 and a 3.7 per cent fall in 2015. Although there is no visibility on how the economy will pan out for the rest of 2018 and in 2019, demand for non-housing property will be further dampened as the measures continue to bite, exacerbating the high supply situation.”

Mr Tan noted that a large private homes supply will hit the property market soon. “All in, an estimated 36,030 private residential units could be available for sale in 2018 to 2019,” he said. His views on the topic echoed those of International Property Advisor chief executive Ku Swee Yong’s. He recently pointed out that that “as of fourth-quarter 2017, there are 27,940 and 3,080 vacant private residences and executive condominiums respectively.”

Besides cooling demand from investors and foreigners, the new property cooling measures have also raised the cost of home ownership for locals, said Mr Tan. Locals buying a second home will now pay ABSD of 12 per cent instead of 7 per cent previously, and 15 per cent for their third and subsequent properties.

Barely one hour after the Government announced the new property cooling measures, home-buyers thronged several developers’ hastily launched property sales. Thousands continued to swarm the show-suites at launches like Park Colonial show suites and Riverfront Residences well past midnight to put down an option fee for units of their choice before the deadline.

“The market is barely into its first year of recovery and has not been allowed time to find its own course and reach a sustained supply-demand equilibrium,” said Mr Tan told the 260 participants, who included developers and property consultants.

The Real Estate Developers’ Association of Singapore (Redas) had earlier challenged the latest round of property cooling measures saying there was “no rationale” for the new property curbs. REDAS said the additional buyers’ stamp duty (ABSD) and lowering of the loan-to-value (LTV) limits were “tough” new regulations – “especially since the “property market is in the early stages of recovery and that the recovery is in line with economic fundamentals.”

The developer’s group noted in their statement that market started to pick up only last year and the volume of transactions is within expectations and said that the market should be allowed time to find its own course.

JLL, a leading real estate services firm, agreed with REDAS and said: “All said, we feel the additional measures have been introduced too hastily coming just after 9.1% growth in PPI over four quarters. The market should have been given a chance to find its own level in response to the expected surge in launches in coming months.”

It justified the new property curbs as being necessary to check sharp increase in prices, which could run ahead of economic fundamentals and raise the risk of a destabilising correction later, especially with rising interest rates and the strong pipeline of housing supply.

Besides leading developers, banks are also expected to be impacted by the Government’s new property curbs. But as property market is but one source of banks’ revenue, it will not derail them.

DBS said that “loan growth sentiment will be dampened from here as this is currently driven largely by property development companies. Mortgage growth might still stay relatively stable over the next few quarters from existing drawdowns. The property cooling measures would likely take a hit on UOB which is most exposed to property-related lending.”

Irvin Seah, DBS Group Holdings Ltd economist acknowledged that “this is a pre-emptive move by the government to cool down the market before it gets too hot.”

Paul Ho, chief mortgage consultant at the icompareloan.com, said that the unpredictable nature of if a bank loan would be approved after the announcement of the new property curbs is one major reason why buyers must use the services of mortgage consultants.

Ho said: “Mortgage consultants will be able to assess the buyers Mortgage Service Ratio (MSR) and Total Debt Servicing Ratio (TDSR) to gauge the buyers’ financial risk profile and advise on a suitable loan package. This will save them the hassle of running around, going to a bank that does not offer a loan for their housing type or ther personal profile, – not knowing what documents are needed, and having to make 5-10 loan application and even the possibility of impacting the process of your home purchase.”

If you are searching for a freehold residential redevelopment site, our Panel of Property agents and the mortgage consultants at icompareloan.com can help you with affordability assessment and promotional loans. The services of our mortgage loan experts are free. Our analysis will give industrial property loan seekers better ease of mind on interest rate volatility and repayments. 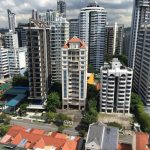 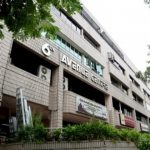