Which Overseas Market Should I buy Property in?

Usually, Singaporeans will compare the local currency in the country of investment against either the Singapore Dollar (SGD) or the US Dollar (USD). Most often the base currency is SGD, simply because that is the currency that the Singaporean earns, and is most familiar with.

The US economy is recovering, with unemployment at five percent (as of Nov 2015) and an Interest Rate (IR) of 0.25%. On 16 Dec 2015, the Federal Reserve increased the overnight target rate from 0.25 percent to 0.5 percent. Inflation in the US is currently still under one percent, below the Federal Reserve’s target of 1.5 to two percent.

Although the US recovery seems tentative, it is nonetheless an economic recovery. It is possible there will be a few rate hikes in 2016 as the target overnight Federal Reserve funds rate at 0.5% is still low.

However, other global major economies such as the European Union, China and Japan are slowing down. EU’s growth rate is less than two percent, China is struggling to maintain seven percent growth, and Japan’s growth stands around one to two percent. EU’s interest rate is close to zero percent, Japan’s is at zero, while China dropped its benchmark yearly interest rate to 4.35 percent. EU and Japan have no more room to reduce interest rates, while China can continue to reduce both the interest rate as well as the bank’s reserve ratio to increasing lending to corporations to stimulate growth.

Just to put things into perspective, the world’s major economies are:

The world economy is around US$77 trillion dollars. The top 4 economies make up roughly US$49.6 trillion dollars or about 65 percent of the world’s economy and would be a good enough representative study.

Reducing interest rates in China, Thailand and Vietnam all indicated a slowing economy and a need to stimulate the economy. Malaysia rose its Interest rate to 3.25% probably to stabilize its currency. Philippines maintained its interest rate at 4% as it forecasts core inflation to increase in 2016-2017 coupled with El-nino weather effects.

Given that China is reducing interest rates, and Japan’s and the EU’s are both around zero percent. Funds seek both higher returns as well as an appreciating currency such as the USD. And an appreciating currency typically coincides with improving economic outlook or fundamentals. Singapore’s economy is slowing down, Dec 2015 purchasing manager index (PMI) at 49.5%, indicating forecasted economic contraction. Hence SGD may find itself having to appreciate. Malaysia’s Ringgit is under pressure from political events, while the national currencies of the Philippines, Indonesia and Thailand are also under threat of funds outflow. This has contributed to a weakening SGD vs USD as Malaysia and Thailand are part of Singapore’s Nominal Effective Exchange Rate (S$NEER) basket of currencies. If most of Singapore’s top 15 trading partners’ currencies are depreciating against the USD, based on a trade-weight S$NEER, the SGD will likely strengthen against some of these currencies, but will weaken versus the USD. Singapore is also entering a period of slower growth as inflation has dropped and GDP growth has slowed with Purchasing Manager Index in Dec 2015 coming in at 49.5%.

The challenge for our policymakers hence, is to find a balance between import-led inflation and export competitiveness and economic growth. To do so, they will need to normalize interest rates upwards to maintain an orderly depreciation of the SGD against the USD.

Some countries are especially susceptible to capital outflows. They will hence need to raise interest rates to slow the depreciation of their currency despite a slowing economy. This could lead to prolonged economic problems and corporate bankruptcies, which could in turn affect property prices.

Therefore any property investor in the region should take a 5 to 10 years view of this investment, as the US economic recovery usually run for 3 to 4 years.

Why do currencies come under threat?

Currencies usually come under threat when a number of factors become present. Generally they are: –

Countries with low foreign reserves, high foreign debt and a high budget deficit are most at risk of a weak currency.

A weakening economy with many of the above attributes will suffer an extra blow from capital outflows when it needs it most.

An untimely exodus of funds from the country will weaken the currency causing interest rates to rise at a time when the economy can ill afford it and cause a rapid deterioration of it’s financial position.

High asset prices, such as an inflated stock market or property market would be susceptible to speculative attacks and magnify the crisis.

Where are the bright spots?

Under-developed countries such as Cambodia, Laos and Myanmar did not receive a lot of capital inflow hence are not susceptible to capital outflow.

Cambodia, Laos and Myanmar are potential high risk and high returns areas to put your money. Nonetheless, their fiscal positions are poor. Opening up of its economy for Cambodia and Myanmar is a good development. (Should benchmark any property prices to that of Thailand and apply an appropriate discount as Thailand is way more developed with better infrastructure. Rated as: Positive with huge risks.

Philippines is fast growing with a young population, but debt levels are high, exports are weak mitigated by stable and strong remittances from Overseas Foreign workers. Rated as: Neutral to Positive.

Thailand’s economy is slowing down and may enter a period of recession, but it has one of the best infrastructure for tourism, far ahead of the Philippines, Vietnam, Cambodia, Laos and Myanmar. Thailand has about US$100 billion in reserves and a floating currency, hence it is unlikely to suffer from massive currency depreciation unless riots occur. Rated as: Neutral.

Malaysia does have good infrastructure, but its currency has already taken a beating and its political stability is in question. Malaysia nonetheless is still competitive and runs a trade surplus. Despite its huge debt, Malaysia also has ample reserves and has raised its interest rates to mitigate currency depreciation. Rated as: Neutral with selective buy potential due to weak currency.

Vietnam is highly trade dependent and it has a low foreign reserves, it runs a huge budget deficit, has huge debt coupled with a rising corporate Non-performing loan. Rated as: Negative, Stay away for a while. 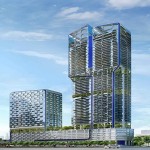 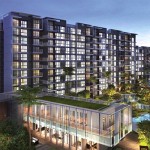