URA’s data showed that Sep 2019 new private home sales by developers rose 36.3 per cent year-on-year. Developers sold 1,270 units last month, excluding executive condominiums, compared with the 932 units sold in the same month a year earlier. This is 1.4 times the 932 units moved in September 2018. It is also the largest number of new homes sold in the month of September in the last seven years. The previous new private home sales record was in September 2012 with 2,621 new home sales. OrangeTee and Tie said that the strong transaction volume was boosted by the new launch of Avenue South Residence and robust sales at various projects that were launched earlier.

“Many projects posted double- or triple-digit sales last month such as Avenue South Residence (361 units), Parc Clematis (119 units), Parc Botannia (71 units), Treasure at Tampines (69 units), The Florence Residences (68 units) and Parc Esta (65 units). Due to the launch of Avenue South Residence and good sales at some mid-tier projects, the proportion of new home sales in the Rest of Central Region (RCR) is 58.7 per cent, which is much higher than the 27.1 per cent in the prevailing month.”

Orange Tee analysts said: “September’s sales performance has exceeded market expectations given the backdrop of continued global uncertainty and ongoing trade tensions. The strong local support indicates that many Singaporeans remain confident about the long-term prospects of private properties here. Many investors have also reassessed their risk appetite given the weakening world economic outlook and increased volatility of the equities markets, possibly turning to safer investment assets like real estate properties in Singapore.”

Colliers Research commenting on the Sep 2019 new private home sales data projected that it is likely that 9,000 units will be sold in 2019, surpassing the 8,795 units (excl. ECs) transacted last year.

Home buyers continue to be value-conscious and selective, favouring projects that are near key transport nodes, or near major new developments such as the Greater Southern Waterfront.

Prices
Flash estimates on 1 October showed prices have risen a second straight quarter, albeit at a slower clip and are now up 1.7% in the first nine months of 2019.

We expect prices to continue to stabilise and rise by 2% for the full year 2019. Prices will likely be kept in check with the economic slowdown and an ample launch pipeline. There are also 4,583 private homes (excl. ECs) that have been launched but still unsold.

Future launches
Royalgreen (285 units, former Royalville) was launched over the 12-13 October weekend and reportedly sold 33 units at an average price of SGD2,750psf. Neu at Novena (87 units) will be launched on 19 October.

Senior Director of Research & Consultancy at JLL Ong Teck Hui said of the Sep 2019 new private home sales: “In 3Q19, some 3,572 private residential units were sold by developers. This is about 19 per cent higher than in 3Q18 and the highest quarterly sales volume of private homes since 2Q13 when the TDSR (total debt service ratio) was imposed.” He noted that Avenue South Residences alone sold 361 units or 28.4 per cent of the total monthly sales excluding ECs.

“Going into (the) remaining months of 2019 and 2020, developer sales activity is expected to be healthy and moderate at some monthly seasonal lulls, but buyers’ interest will be selective on the unique selling points of the project. Sales in H2 2019 and 2020 will be driven by (the) project’s uniqueness, exceptional value propositions and attractive pricing.” 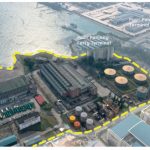 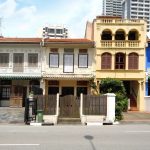