The SG General Insurance Sector paid out 12.2 per cent, or S$159 million, more in insurance claims in 2019, which contributed to the sector recording an underwriting loss of S$28 million.

The top five segments in the SG General Insurance Sector, which represent 70 per cent of the general insurance market, recorded a combined underwriting loss of S$43.4 million.

GIA also announced the appointment of its new management committee at the association’s Annual General Meeting (AGM) this morning to reflect the sector’s resilience-building and transformation focus for 2020. GIA elected Mr Craig Ellis as President and Mr Christian Sandric as Vice-President.

“The start of 2020 saw an unexpected turn of events – a new decade begins with an emergence of a new global risk. Threats of COVID-19 have unsettled the world and have sent businesses reeling from its impact. As a sector, we are determined to overcome this unprecedented challenge together and will be doubling up our efforts in supporting the community, our members, partners and all stakeholders. At the core of everything we do, we will ensure that general insurance protection remains accessible for everyone,” said GIA President, Mr Craig Ellis.

“Notwithstanding it all, one of the key focuses for GIA this year, is to leverage the success of our insurance fraud prevention initiatives to form a new Centralised Investigation Bureau. We are also well prepared to support recent regulatory developments such as the new Work Injury Compensation Act

(WICA), and will be driving innovative changes for the sector through the newly formed Market Development Committee. Together with the newly elected GIA Management Committee, we hope to bring fresh changes to the sector, continue to strengthen our collaboration and support each other so as to ride out the near-term uncertainties together.”

Overall, the motor insurance segment recorded S$1.12 billion in gross written premiums for the financial year, a 1 per cent increase compared to the previous year.

In 2019, the motor insurance segment incurred a 7.6 per cent, or S$41.3 million, increase in total claims paid out, contributing to the overall underwriting loss of S$17.4 million for the segment.

The year also witnessed a shift in vehicle ownership in Singapore. Vehicle population was at its highest since 2013, fuelled mainly by a spike in private-hire cars (PHCs). This meant that the sector was insuring a vehicle population with higher risk profiles as PHCs are driven more frequently on the road. This was also reflected in the total accident reports for the year, which increased by 1.4 per cent from 2018. GIA continues to work closely with the Singapore Road Safety Council (SRSC) and Singapore Traffic Police to promote engagement and greater awareness of safety amongst road users.

Despite the increase in claims incurred, average motor premiums reduced in 2019.

2019 also saw a continuation of the upward claims trend with an 8.1 per cent, or S$22.6 million, increase in total claims pay-out for policyholders requiring medical treatments. Gross written premiums increased to S$666.8 million.

The Association continues to work with stakeholders including LIA Singapore and the Ministry of Health (MOH) to implement recommendations to better manage rising healthcare costs for the long term.

Employers’ liability insurance segment recorded an 8.9 per cent increase in gross written premiums, buoyed by the continued growth in employment for the construction sector in 2019. While the number of workplace fatalities fell to a record low last year, the sector paid S$8.29 million more in work injury compensation, reflective of the 5 per cent increase in the number of non-fatal injuries.

In 2019, the sector made significant progress in preparation for the key changes outlined in the new WICA, which will take effect in September 2020. The Association and member companies have begun work on an approved policy wording to be adopted by all WICA insurers and commenced developmental work on a Data Exchange Portal for more efficient claims processing. GIA will continue to work closely with the Ministry of Manpower (MOM) to enhance protection for employees and improve the WICA for employers and employees. 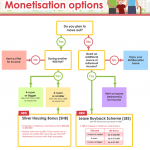 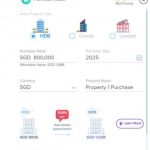