The SRPI showed that shoebox unit prices, which are defined as small units being no bigger than 506 square feet, rose 0.3 per cent last month, after falling 0.3 per cent in the previous month.

SRPI is a transactions-based index that tracks the month-on-month price movements of private non-landed residential properties in Singapore. Developed by a team of researchers at IRES, the SRPI provides a resource for the development of property derivatives that would help to expand the suite of financial products offered in Singapore, particularly in the context of obtaining exposure to and managing risks associated with the real estate market. It will also complement existing property information on the state of the residential market.

Currently, SRPI indexes are published in the form of value-weighted indexes. The SRPI is the index for the overall non-landed residential market in Singapore based on the whole SRPI property basket. Two sub-indexes are also produced for the Central and non-Central regions. The Central region sub-basket comprises properties within the overall SRPI basket located in Postal Districts 1 through 4 and 9 through 11 while properties in the other postal districts are in the non-Central region sub-basket.

The Index showed that prices of completed private apartments and condominiums in Singapore fell by 0.6 per cent overall in October when compared to the previous month. It accelerated from a 0.2 per cent month-on-month decline in September.

Led by shoebox unit prices which rose by 4.8 per cent, overall prices climbed 3.6 per cent in the year-to-date period. While prices of the larger apartments in both the central and non-central regions rose 3.6 per cent in the year-to-date period, overall prices year-on-year increased by 5.9 per cent. There was 6.2 per cent increases for both the central region apartment segment and the shoebox units segment. Apartments in non-central locations saw prices increase by a smaller 5.7 per cent.

The SRPI flash estimate comes after a Knight Frank research said said majority of shoebox unit investors profited from plonking money into such apartments. Knight Frank’s analysis of resale caveats of shoebox units found that 88.4 per cent of such resale transactions made a profit.

A majority of shoebox unit investors who have put their faith in shoebox units have not been disappointed, said Knight Frank. Resale transactions analysed (for which there were primary sales of the same units previously) show that owners who have sold their shoebox units enjoyed an average capital gain of 11.5 per cent or an annualised 2.4 per cent over their holding periods. These surpassed the 10.6 per cent average gain for resale transactions of all unit sizes or a 2.0 per cent annualised return for units from new projects launched since 2010.

The report cautioned however that the average transaction price of shoebox apartments in new projects only slightly increased from $727,846 in 2010 to $771,677 so far this year, while median psf pricing marginally increased from $1,473 psf to $1,495 psf over the same period. But still shoebox unit investors are currently enjoying gross rental yield of around 3.5 percent, with units in Singapore’s northern region posting the highest rate of 4.0 percent.

While developers have been blamed for the ramp-up of such small apartments in their quest for profit maximisation, it is clear that there is demand for these residential units by shoebox unit investors. The report noted that in non-landed developments outside the central area, sales of shoebox units as a proportion of overall sales peaked from 16 per cent in 2012 to 22 per cent in 2016. As of end-October 2018, the rate remains high at 19 percent.

The Urban Redevelopment Authority (URA) on Oct 17 announced measures to deter excessive shoebox units development. URA said that the revised guidelines will deter developers from developing excessive shoebox units and will also help to manage potential strains on local infrastructure and safeguard the liveability of residential estates. Under new guidelines which will come into effect from January 17 next year, several heartland areas — including Marine Parade, Balestier and Loyang — will be subject to more stringent requirements.

Shoebox units are are properties that don’t exceed 500 square feet. Some of these units, such as The Ebony (Lorong Marican) and Royce Residences (Geylang), are in the range of 300 to 400 square feet. Apart from being tiny, the other distinguishing trait of a shoebox unit is the ridiculously high price per square foot.

Are you planning to on buying a new private home but unsure of funding? Don’t worry because iCompareLoan mortgage broker can set you up on a path that can get you a home loan in a quick and seamless manner. 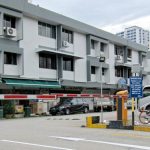 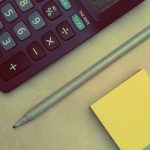