Singaporeans love the property market. Some Singaporeans love it so much, they think owning a house is a magical cure to every financial issue. How to store your wealth? Buy a house. How to get passive income? Buy a shoebox to Rent out. How to deal with your kid getting less than straight A’s, and not being a CEO who will fund your retirement? Have a house you can threaten to kick them out of. Not all banks like Shoe box units and provide home loans for it. But developers are building ever smaller units at higher p.s.f. since you cannot afford higher prices. This house-fetish leads to a lot of premature investing, and one of the signs is love of shoebox units:

Shoebox units are are properties that don’t exceed 500 square feet. In theory, they’re good places for single expatriates to rent . In reality, I think they’re just a plot by psychiatrists to drum up business for claustrophobia treatment. Some of these units, such as The Ebony (Lorong Marican) and Royce Residences (Geylang), are in the range of 300 to 400 square feet.

Apart from being tiny, the other distinguishing trait of a shoebox is a stupidly high price per square foot. For example, City Suites at Balestier road has shoeboxes that range between $1,600 to $1,700 per square foot. 26 Newton has units that go for upward of $2,500 per square foot; at around 474 square feet, you can end up paying $1.2 million for a property that’s smaller than a 3-room flat.

Obviously, shoebox units aren’t bought as homes; you can comfortably raise maybe one chihuahua in there with you. The idea is that shoebox units may have prestigious locations, such as being located in District 9 or 10. Alternatively, they may be in highly accessible spots, such as just across the street from an MRT station. They also come with a full suite of condo facilities (pool, gym, rude security guard). In theory, that makes them desirable as rental units.

Most Singaporeans can’t afford a regular condo with such qualities, so shoeboxes present a chance for them to dabble in a higher-end market. While the price per square foot is high, the small size makes the overall cost (the quantum) is affordable.

But is it actually a good deal?

Back in 2013, shoeboxes had good rental yields, often exceeding 4.4 per cent. But then again, 2013 was the heyday of Singapore’s property market, and just about any property – shoebox or not – boasted that kind of yield. In this regard, shoeboxes are often considered comparable to regular condo units. However, there are some subtle factors to consider:

1. If you suddenly decide to settle down, you’ll need to sell

If you buy a shoebox instead of a flat, you better be certain you (1) are okay with raising your family in your parents’ or in-laws’ house, or (2) you’re not going to settle down until after you can afford another private property (besides the shoebox).

If you invest in a shoebox, and then decide two or three years later that you’re going to get married, what will you do then? Remember that buying a flat is out of the question. You probably don’t want to move into the shoebox with your spouse, forget about trying to raise children in a 400 square foot unit. That leaves you with having to sell it.

This is where luck comes in. If you manage to offload the shoebox at a profit, then it’s all well and good. But if you’re in the middle of a property slump like the current one, any “returns” you made from renting out the shoebox may be wiped out when you sell at a loss.

Not all single expats feel a need to pay $3,000 a month for something that barely fits a bathtub. When the economy turns bad, upscale shoebox units are first to feel the pinch. Housing allowances get scaled back, and corporations cut cost by hiring locally. At present, we can already see this happening: the oil price slump in 2014 took a toll on the oil and gas, as well as finance sectors; this results in smaller numbers of high-income expatriates. That means vacancies, or rental income that no longer keeps up with costs.

Even if the property market is bad, owners of regular condos can hold out hope. Home buyers buy for emotional reasons, so they may still get a good price on their property; there’s always the odd family that won’t bargain the price as low as they can.

Those who buy shoeboxes, however, are typically investors. You’ll get landlords, and not families, who come to view the property. They’re savvy enough to know when you’ll be desperate, and will push for cutthroat prices. And we’re making a big assumption, that there are interested investors – when the rental market’s in a tailspin, few would be interested in shoebox type properties.

4. While the number of shoebox units are capped, they’re hardly in short supply

To be clear, there are restrictions on shoebox units – property developers must ensure the average unit size (in any development) is 753 square feet, which prevents them from building too many shoeboxes.  But shoebox units are hardly rare. We know they numbered around 9,600 even back in 2013, and even a cursory search on listings site will show plenty available for sale.

On top of that, analysts already predicted a bumper crop of shoebox units this year, back in 2015. We’re estimated to see an added 1,985 of them hit the market, of which 700 are in District 19 (the Punggol – Sengkang area). This is going to happen in the middle of a weak leasing market, which should give investors serious pause for thought.

If you’re investing in a shoebox, it’s important to keep loan rates low

Rental yields are currently between 2.7 to 3.5 per cent in the Core Central Region (CCR), and abot 2.8 to 3.6 per cent elsewhere. While shoeboxes may see slightly higher yields due to lower quantums, it does call to question the significance of mortgage rates.

Consider that the typical home loan rate is now about two per cent per annum, and deduct it from the rental yield: odds are, many investors would make more money just by sticking it in those insurance policies that finance bloggers love to hate. It’s more important than ever to secure a cheap loan, if you want your shoebox investment to pay off. And if you haven’t already, now’s a good time to think about refinancing.

Contact one of our mortgage experts at iCompareLoan, and we’ll find you the best deal. We’ll even do the paperwork, and the whole service is free.

If you are buying for own stay, then of course, you should read buying a property in Singapore.

Is every smaller condos the new reality? 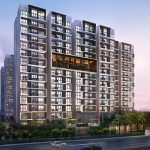 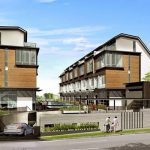