In his new role, Mr Parekh will be responsible for deepening investment capabilities and growing the business of Tikehau Capital in Asia, Australia & New Zealand. Tikehau Capital is an asset management and investment group with €25.8 billion (approx. S$40 billion) of assets under management and shareholder equity of €3.1 billion (approx. S$ 4.9 billion-as at 31 December 2019). The Group invests in various asset classes (real estate, private equity, private debt and capital markets strategies) through its asset management subsidiaries on behalf of institutional and private investors. Controlled by its managers alongside leading institutional partners, Tikehau Capital employs more than 530 staff (at 31 December 2019) in its Paris, London, Amsterdam, Brussels, Luxembourg, Madrid, Milan, New York, Seoul, Singapore and Tokyo offices. Tikehau Capital is listed on the regulated market of Euronext Paris. Neil will be joining Tikehau Capital as a partner in June 2020, after completing his tenure with National Australia Bank (NAB) as General Manager Asia where he was responsible for all business, regulatory and governance matters for the bank’s Asian business. He benefits from more than 30 years of global experience in the financial services industry in the Asia Pacific, US and Europe.

Neil had joined NAB in 2013 from Natixis, where he was Head of Corporate and Institutional Banking for Asia and a member of the Executive Committee – Asia Pacific. Neil’s prior experience with financial institutions includes senior roles with Bank of America, Société Générale and at DBS.  He has worked in the US, Asia, Middle East & India and holds a Bachelor’s degree in Accounting, a Master’s degree in Finance and an MBA in International Business.

A Singapore citizen, Neil contributes his time by serving as a board member of the Governing Council of the Singapore Institute of Directors, as a member of the advisory committee for James Cook University, Singapore and as the Chairman of the Advisory Committee of the AICD (Australian Institute of Company Directors) in Singapore. In the recent past he also served on the governing council of the ABS (Association of Banks in Singapore) and as Vice Chairman of SICCI.

Over the last fifteen years Tikehau Capital has grown to become one of the best capitalized alternative asset management firms globally and has developed a deep network of institutional investors and strategic partners, while maintaining its entrepreneurial spirit. The firm keeps its focus on creating value and continues to invest a large portion of its own capital alongside its investors.

Over last few years, Tikehau Capital has established and developed its presence and network across Asia, with the support of prime partners and shareholders. The Group has thus experienced a rapid expansion since the opening of its Singapore office in 2014 followed by the opening of offices in Seoul in 2017 and Tokyo in 2019.

Neil’s appointment comes at an excellent time –right when there is a significant change in valuation of assets as well as development of attractive new investment opportunities in the region. Many senior bankers see the opportunity to move to alternative asset management firms to optimize their relationships for sourcing attractive deals.

Alternative firms, with their emphasis on investment outcomes rather than products, and specialisation rather than commoditisation, will increasingly attract investors seeking customisation, diversification and genuine long-term alpha. At the same time, alternatives will increasingly occupy a prominent allocation in the world’s economies, both established and emerging. Fast-forwarding to 2020, alternatives will have a centre stage role to play in the investment universe and in the global economy.

A recent PwC report said: “Between now and 2020, alternative assets are expected to grow to $13.6tn in our base case scenario and to $15.3tn in our high case scenario. High performance of capital markets driven by accommodative monetary policies and stable GDP growth would push alternatives towards the high case scenario. However, the possible rise of interest rates in the US and Europe, coupled with a normal correction in the capital markets, would support the base case.”

He added, “Bankers like Neil-with an excellent understanding of the risks and return considerations in Singapore as well as more broadly the Asian and Australian markets are perfectly placed to navigate the volatile markets we are likely to face in the near future.  The experience and perspectives gathered by having worked in Singapore with local banks as well as international banks coupled with the international exposure of the Middle East, India region and experience with the Australian and French banks, working on US financial products is perhaps as good a balance an experience you can get- a select and rare breed of bankers. Temasek has done an excellent job by diversifying its investments with very smart, professional specialized managers such as Tikehau Capital that hopefully will capture higher returns for Singapore’s reserves. 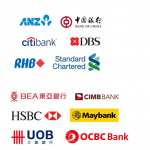 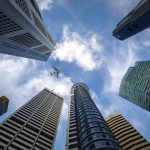