Knight Frank Singapore announced on September 30 that it has been appointed by a trust company to offer a portfolio of 3 conservation shophouses for sale via Expression of Interest (EOI), for $31 million.

The 3 Commercial Shophouses Portfolio can be purchased individually or as a portfolio.

All 3 Commercial Shophouses Portfolio are zoned Commercial under the Master Plan 2019. As the shophouses are commercial properties, the sale is open to both locals and foreigners.

No Additional Buyer’s Stamp Duty will be imposed on the purchase of the 3 Commercial Shophouses Portfolio.

Commercial conservation shophouses, particularly in prime central locations, are highly sought after by investors, as they tightly held and rarely available.

Mr Ian Loh, Head of Capital Markets for Land & Building, Collective & Strata Sales, Knight Frank Singapore, shares, “Demand for shophouses in prime Districts 1 and 2 has grown since Singapore exited the Circuit Breaker period. Since 2 June 2020, there have been 7 shophouse transactions in Districts 1 and 2 totalling S$72.23 million, exceeding the 4 shophouse transactions totalling S$20.62 million in the first half of 2020.

“We received strong response during the last round of EOI for the portfolio of shophouses along Ann Siang Road and Keong Saik Road, and believe this wave of interest will continue.”

The EOI for all 3 Commercial Shophouses Portfolio will close on Tuesday, 3 November 2020, at 3pm.

The location is easily accessible, with Telok Ayer MRT station situated just 200 metres away and is situated within the Telok Ayer Conservation Area. Connectivity to other parts of Singapore is further enhanced by its proximity to arterial roads and major expressways such as Robinson Road, Shenton Way and the Ayer Rajah Expressway (AYE).

The guide price for the Telok Ayer Street shophouse is S$11.7 million.

14 Stanley Street is a 2.5-storey intermediate shophouse off Cecil Street, in the Telok Ayer Conservation Area. The ground floor space can be used as a restaurant, while the upper floors are suitable for office use. The freehold shophouse is within walking distance to a wide selection of F&B outlets in the vicinity and is conveniently located 300 metres away from Telok Ayer MRT station.

The guide price for the Stanley Street shophouse is S$11.5 million.

8 Smith Street, which runs on a 200 years leasehold tenure with effect from August 1872, is in the prime area of Chinatown. The shophouse sits along the pedestrianised stretch of Smith Street, where the popular Chinatown Food Street serves well-known local hawker delights.

Located in the Kreta Ayer Conservation Area, the 2-storey corner shophouse stands amidst a colourful, cultural area comprising a plethora of dining, retail, and entertainment outlets. The ground floor space is currently leased to a restaurant, while the second floor is used as an office. The shophouse is conveniently located 200 metres away from the upcoming Maxwell MRT station.

The guide price for the Smith Street shophouse is S$7.8 million.

Mr Paul Ho, chief mortgage officer at iCompareLoan, said: “Singapore remains an attractive destination for savvy investors even in the Covid-19 pandemic. For such investors, the portfolio of 3 conservation commercial shophouses in District 1 & 2 will be a worthy proposition. The properties remain attractive because of their freehold nature, and also because it is in Districts 1 and 2.”

District 1 is in the city centre of Singapore. Located in the south-eastern part of the Central Region, the Central Area consists of eleven constituent planning areas, the Downtown Core, Marina East, Marina South, the Museum Planning Area, Newton, Orchard, Outram, River Valley, Rochor, the Singapore River and Straits View, as defined by the Urban Redevelopment Authority. The term Central Business District (CBD) has also been used to describe most of the Central Area as well, although its boundaries lie within the Downtown Core.

The Central Area is one of the most densely developed places in Singapore, with a large mix of commercial and residential developments packed into a space of only 1784 hectares. A great number of Mass Rapid Transit stations are concentrated in this area as well, especially interchange stations and stations along the Circle MRT Line. 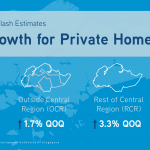 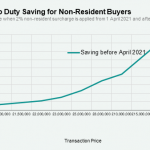