Latest research released by Knight Frank reveals that now is an opportune time for UK property purchase as international buyers will have a complex set of considerations to assess towards the end of 2020, including a future stamp duty hike.

From April 2021, overseas buyers will pay a 2% surcharge on residential transactions. Its introduction follows the end of the stamp duty holiday introduced in July that lifted the tax-free rate to £500,000.

Liam Bailey, global head of research at Knight Frank said: “Transacting before 1 April will save money for overseas buyers. For a £1 million transaction, the combined saving from not paying the 2% surcharge and benefitting from the current stamp duty holiday is £35,000. For a £5 million property, the equivalent sum is £115,000, while the saving exceeds £1 million for a £50 million transaction.

“The message here is that the window of opportunity is closing. For international buyers looking to take advantage of the current stamp duty saving and transact before the 2% surcharge comes into place – now is good time to do it. Homes are selling fast and services are backed up – delaying the moving process. Those contemplating a purchase may think there is plenty of time left to take advantage of these savings but the truth it, now is the time to commit.”

Demand for UK property purchase may improve among international buyers in coming months but there are multiple moving parts to evaluate.

First, travel restrictions will, at some point, be relaxed. The situation remains fragile but airline stocks have risen by a quarter since the start of August according to MSCI, as traffic picks up from a low base.

Another part of the equation is currency. As Brexit negotiations continue, the pound will remain volatile throughout 2020. However, if pragmatism prevails, as it did last year, the pound will ultimately strengthen.

Meanwhile, the US elections make the trajectory of the dollar particularly difficult to assess. Ultimately, if the Covid-19 pandemic is brought under control and the Federal Reserve relaxes its approach to QE, the dollar could strengthen as its safe haven credentials are reaffirmed.

Transacting before 1 April will therefore save money for overseas buyersof UK property purchase, as the chart below shows.

UK’s property market is a hot favourite with Singapore’s affluent individual and corporate investors. About 97,000 properties in England and Wales are owned by overseas firms, and Singapore is among the top 10 countries owning properties. The BBC made this analysis after the United Kingdom’s Land Registry made its data on Commercial and Corporate Ownership and Overseas Companies Ownership available at no cost.

This release of data in November last year follows the UK government’s commitment to fix a housing market they described as “broken”, a commitment which includes their aim to improve the availability of data to make it easier to identify those with interest in land. The Land Registry echoed this and explained that the change is “to promote economic development, financial stability, tax collection, law enforcement and national security.”

The analysis showed that out of 42,680 of the properties owned by foreign companies in England and Wales, some 44 per cent of the total, were in London, and that they had a value of £33.9 billion.

The UK property market has historically been a very open and accessible market for international investors, where it is also not unusual for investors to use intermediate centres to pool capital with other investors in collective structures (such as funds and real-estate investment trusts), to diversify their asset allocation across a wider range of projects and opportunities.

An annual survey of the Association of Foreign Investors in Real Estate also ranked London at the top (tied with Los Angeles) for  stability and opportunity for capital appreciation. The Association’s members who are estimated to have more than $2 trillion in real estate assets under management also said that they were less worried about the impact of Britain’s exit from the European Union than they were a year ago.

In 2017, a study for the London Mayor showed that foreign investors are buying up thousands of homes suitable for first-time buyers in London and that they were using them as buy-to-let investments. Foreign buyers led by Singapore and Hong Kong snapped up 3,600 of London’s 28,000 newly built homes between 2014 and 2016, the research said. About half of these homes were priced between £200,000 and £500,000. More than 70 per cent of the homes bought by foreigners were as rental investments and in 15 per cent of cases, the properties were bought by companies.

The research also found that almost all of London’s largest residential development needed overseas investment to get under way, either through purchasers buying off-plan or through equity finance or investment in UK house-building companies. Singaporean buyers especially favoured properties in Westminster. It is estimated that four out of 10 new-build properties there were sold abroad over a two-year period.

The British pound’s depreciation against the world’s major currencies has also helped increase the attractiveness of UK real estate to overseas investors. London’s robust market fundamentals which translates into attractive yields over other global cities also boosts investor confidence in the London real estate market. With an average of 10 to 15 years, the city’s lease lengths are also significantly longer than many markets. UK’s robust legal system, along with its market transparency and liquidity all play a part in the appeal. 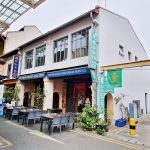 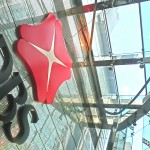