The ministerial committee charged with formulating options for what might be done with the late founding prime minister Lee Kuan Yew’s bungalow at 38 Oxley Road have quietly released three broad options for the property in a report this afternoon.

The committee – which is chaired by Deputy Prime Minister Teo Chee Hean and includes Law and Home Affairs Minister K Shanmugam, MCCY Minister Grace Fu and Minister for National Development Lawrence Wong – offered that the property could be preserved, certain parts of the property could be retained or that the entire house could be demolished and redeveloped.

The three options laid out by the committee are:

Nothing can be done to the property until Mr Lee’s daughter, Dr Lee Wei Ling, continues to reside in the house, but under the third option, the sites can be rezoned to allow for five-storey residential developments. This would mean the site at 38, Oxley Road can yield about 16 private housing units, the committee said.

“We relied particularly on the objective evidence placed before us and the key concrete steps that Mr Lee himself took in his lifetime to put his wishes into effect.

“This included the demolition clause in Mr Lee’s last will, his letter to Cabinet dated Dec 27, 2011 as well as the renovation/redevelopment plans for 38 Oxley Road which he submitted to the URA in March 2012, and obtained approval for.”

The committee also noted that while Lee Kuan Yew desired for the property to be demolished, he was apparently prepared to accept alternatives, “provided that suitable arrangements were made to ensure that the property was refurbished and kept in a habitable state and the family’s privacy was protected”.

The report was released to all three of Lee siblings at the same time.

The single-storey bungalow is currently owned by Mr Lee Hsien Yang, who earlier bought the property from PM Lee.

At the peak of PM Lee’s dispute with his siblings about the will of their father regarding the house at Oxley, some netizens who are fans of the incumbents claimed that his younger brother intended to profit from the sale of the property. They further claimed that he registered a company to profit from the redevelopment of Mr Lee Kuan Yew’s estate, and to minimise tax burdens. Mr Lee Kuan Yew’s younger son later clarified that it was actually his older brother who had incorporated the holding company for the property at 38 Oxley Road and then sold him the company as part of PM Lee’s settlement with Lee Kuan Yew’s estate. He shared an ACRA bizfile with his post.

The two younger children of Singapore’s first prime minister said that they do not plan to profit from the sale of the estate at 38 Oxley Road.

DPM Teo asserted that the committee did not make any recommendations on what should be done with the house since Dr Lee Wei Ling still resides in the house. He revealed that the plans are instead meant to help the future government decide what to do with the house when a decision is required:

“The various options outlined in this report are drawer plans to help a future government make an informed and considered decision about the property when it becomes necessary.”

The DPM added that he hopes the release of the committee’s findings will mark the end of the Oxley Road dispute between the Lee siblings that erupted last year: “We hope to close the chapter on this topic, focus on other pressing national issues ahead of us.”

PM Lee said in his Facebook that he has read and “accepted” the ministerial committee’s report regarding the house at 38 Oxley Road.

“Speaking as a son, I accept the Committee’s conclusion on what my father’s wishes were regarding the house at 38 Oxley Road, and the range of options it has laid out.”

He reiterated that he had recused himself from dealing with the issue.

The younger children of Lee Kuan Yew had earlier alleged that PM Lee had convened a secret committee to make a decision on the house, thereby attempting to circumvent their authority as executors of their father’s will. The committee that released its report today was set up in June 2016 – nearly a year before the dispute spilled into the public domain.

The property sits on an estimated 12,060-square foot plot. Some analysts have predicted that depending on how the site is redesigned, the two-story mixed-landed project the land value could be worth about S$25 million. Other experts believe that it could fetch a premium above that amount because it is a “special address”.

Being able to purchase a home in a prime District 9 location is indeed a rare chance. With all its potentials and possibilities, it could be a winning investment. And if you are preparring to make your purchase, be sure to seek the help of reliable expert. Seek the assistance of iCompareLoan mortgage broker when you need to compare mortgage loan Singapore. 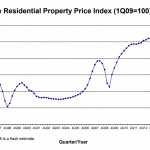 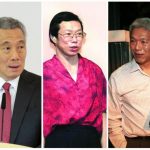