“(If not for 99 year leasehold for our HDB flats), our society would split into property owners and those who cannot afford a property. I think that would be most unequal, and socially divisive. So, that is why 99 year leases are not just for HDB flats. In fact, for private housing also, the Government only sells land on 99 year leases.

“There is also a practical reason why we cannot extend the leases easily. If you look at older buildings today, some look rather worn down, even before they are 50 years old. Some condominiums are like that, private property. After a century, I am sure the mechanical and electrical systems will be obsolete. The concrete will have deteriorated in our tropical climate. And even if we could fix all that, the recurrent maintenance costs would be very high. So it is better to let the leases expire, take the blocks back, demolish them and rebuild afresh.”

Responding to PM Lee’s speech that 99 year leasehold applies to both HDB flats as well as private residential apartments, veteran architect Tay Kheng Soon pointed out that there was a key difference between the two types of properties.

“Since the issue of redevelopment is topical it is necessary to differentiate condos and HDB flats since both are on 99 year leased land. In the case of private condos, many are on 99year leases but all the units have a strata title. A strata title defines the unit size and its undivided share of the land.

“For example, lets say there are 100 units in the condo, therefore each unit strata owner has a 1/100 share of the land should the condo be sold en bloc to a new developer. Say there are 50 years left of the lease. The new developer pays to Singapore Land Authority (SLA) a top-up sum based on a formula to bring the lease back up to its original 99 year tenure status.

Usually developers do en bloc purchases because Urban Redevelopment Authority (URA) has assigned increased plot ratio. This enhanced plot ratio is a privilege that has to be purchased. It is not an entitlement.

The simple difference is one is a strata title and the other is only a lease even though both lands are 99 year leases. It will be interesting how the compensation will be computed in VERS.”

People who live in strata-titled properties like apartments and condominiums enjoy and are responsible for the upkeep of common facilities like lifts, car parks, sport and recreational facilities (for example, swimming pools, tennis courts, gyms and billiard rooms) in their estates.

A condo owner’s monthly contribution to the maintenance fund is usually proportional to the share value of the unit. The share value of a property is a figure that represents the proportionate share entitlement assigned to each strata unit in the same development.

The Commissioner of Buildings has a set of guidelines to assist developers to determine share value allotment. In the case of residential properties, occupancy is taken into account because it reflects usage directly. Floor area groupings are used to take into account the different number of occupants, who are likely to stay in a unit. It is assumed that units within a larger floor area grouping have more occupants and thus incur a higher proportion of maintenance costs of the common property. The floor area groupings are shown in the table below.

In the case of HDB flat owners, as pointed out by Mr Tay, “they have only purchased a 99 year lease (and) have no share of the land unlike private condos sold under strata title.”

That is the reason why they are not able to sell their 99 year leasehold HDB development en bloc.

It is unclear if VERS will include the common areas when compensating HDB flat owners at the end of their lease period.

Are you concerned about 99 year leasehold HDB flats and want to buy a private property, but ensure of funds availability for purchase? Don’t worry because iCompareLoan mortgage broker can set you up on a path that can get you a home loan in a quick and seamless manner.

Our brokers have close links with the best lenders in town and can help you compare Singapore home loans and settle for a package that best suits your home purchase needs, regardless of if it is a 99 year leasehold property or not. Find out money saving tips here. 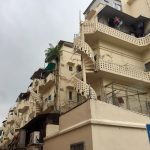 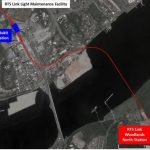